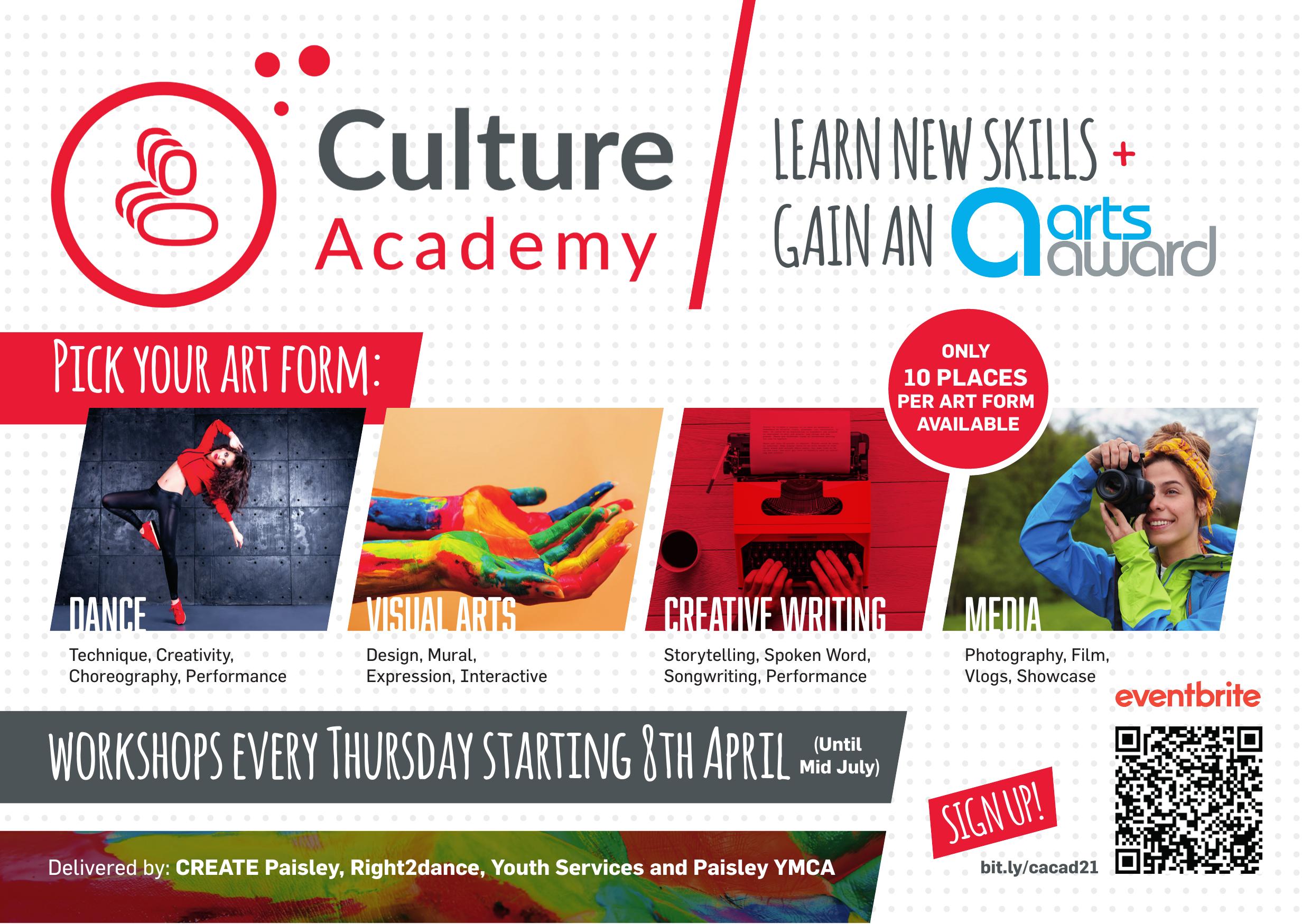 Open to S1-S6, the programme will allow the young people to select one of the 4 strands: Dance, Visual Arts, Creative Writing and Media.
Interested in a programme that will allow you to develop creative skills and achieve a Bronze Art Award and take part in festivals such as Open Mind Fest.
Sign up heren https://www.createpaisley.org.uk/culture-academy/ Starting 8th of April and running every Thursday through to July!
31/03/2021/by Brian McGuire
https://www.paisley.org.uk/wp-content/uploads/2021/03/Create-Culture-Academy-Flyer-11-03-2021-2.jpg 1749 2481 Brian McGuire https://www.paisley.org.uk/wp-content/uploads/2015/09/paisley-logo-trans.png Brian McGuire2021-03-31 11:25:132021-03-31 11:25:36Create Paisley presents the Culture Academy 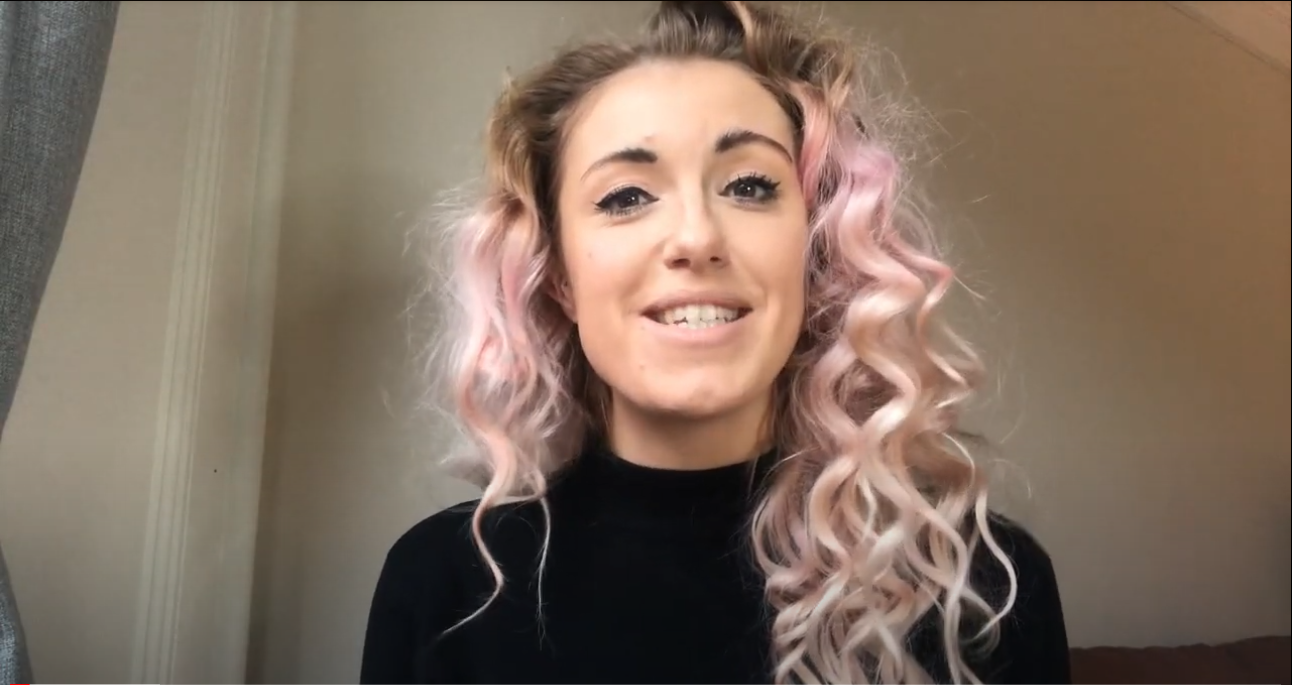 Imogen Stirling, Paisley Book Festival Writer in Residence, embarked on a three week workshop with the young people of Renfrewshire as part of Create Paisley’s Teach Me Tuesday sessions. The sessions were part of a wider project Imogen was working on with the Paisley Book Festival, which explored ‘Radical New Futures’, helping to influence the sessions with the young people at Create. As well as working with Create, Imogen worked with another group U3A, University of the Third Age,  on this project which has resulted in curating a final poem which was showcased as part of the Book Festival.

Imogen was delighted by the success of the workshops and was pleased to connect with Create through her work.

‘It was such a pleasure to be involved in Teach Me Tuesday, teaching creative writing and poetry to CREATE’s young people. I was so impressed by their enthusiasm, imagination and storytelling skills. They were a wonderful group to work with.’

These workshops saw a group of young people set about using creative writing exercises , discussion, poetry readings to tell their own stories.. The sessions focussed on Imogen leading exercises with the young people and exploring themes relating to isolation during lockdown as well as looking forward to the future.

The young people involved took full advantage of the time Imogen took to work with them and teach them new skills. “I am really grateful that she took the time to teach us what she knew”.

Imogen guided the young people through activities from their own perspective using their own thoughts and feelings which allowed them to embark on an excellent creative outlet to express these feelings. “Even when you don’t know what to write. You can just write what you are feeling”, “It was such a good way to express yourself”.

Imogen was able to introduce the young people to a wider range of vocabulary that the young people could use to express their thoughts and feelings but also to help them in other educational channels such as their school work. “This project helped me open my brain more”. The youth workers at CREATE were delighted with the sessions and that young people were still motivated to engage in creative writing workshops after being at school during the day too.

Nicola Fergusson, Youth Worker at Create, who was leading the session for Create side felt the engagement the young people had with Imogen was beneficial to them and enjoyed watching them learn new writing techniques from Imogen.

“I saw the young people adapt to work in a new different way where they learned new skills from Imogen. It was rewarding to see them engage and express themselves throughout the sessions and see them develop as time went on. It is great to see the young people take such an interest in the workshops and develop their talents,

Create looks forward to future workshops with Imogen Stirling, where she will lead on Creative Writing workshops as part of the Culture Academy starting in April 2021 with Create.