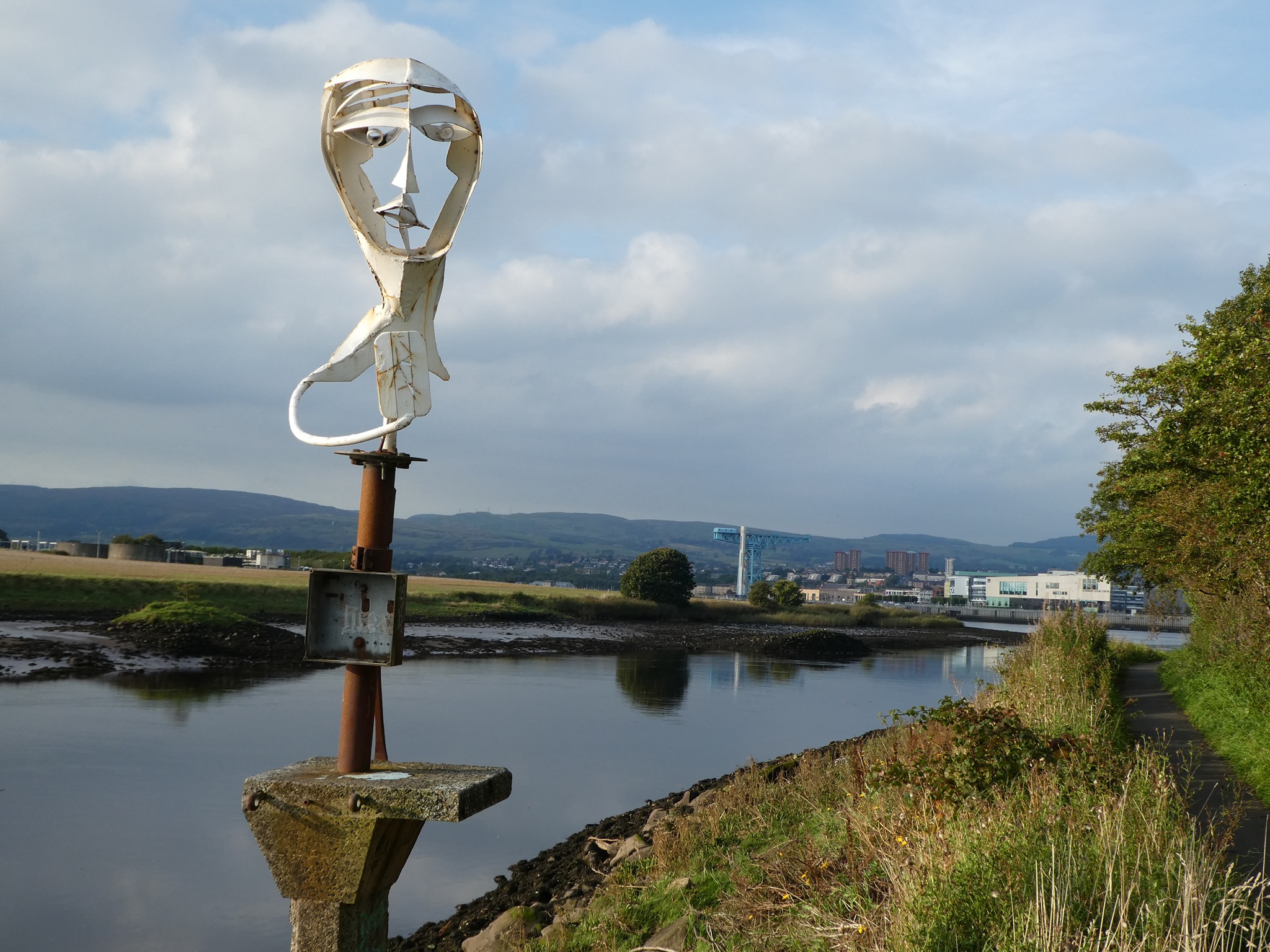 Renfrewshire experienced a Spotless September as hundreds of volunteers joined the Team Up to Clean Up campaign once again, with the aim of making their community a little brighter.

The now annual Spotless September event saw 1,233 bags of litter removed from the local environment as 225 litter picks were undertaken by dedicated volunteers and community groups – equating to more than seven litter picks every day throughout the month of September.

Volunteers took to the streets in almost every community in Renfrewshire, including Erskine, Renfrew, Paisley, Johnstone, Bishopton, Houston, Bridge of Weir Foxbar, Elderslie, Inchinnan, Kilbarchan and Lochwinnoch – and some even took to the water to clean the River Cart in Paisley. 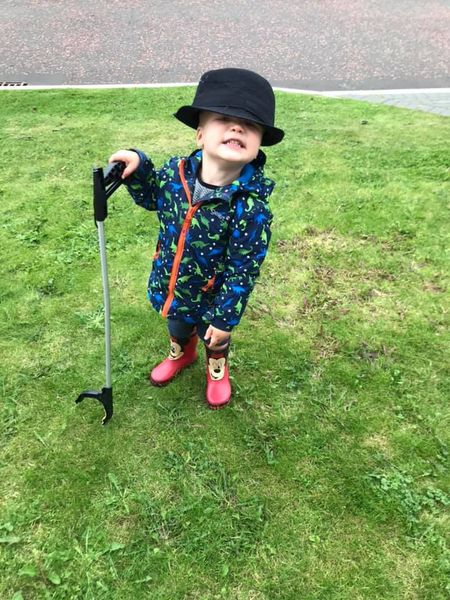 “I would rather be doing something else with my time, but I really do value living in a clean and attractive neighbourhood and helping clean up keeps me busy and active.

“The Team Up to Clean Up Facebook community is also a pleasure to be part of, it’s great to see so many people making a difference.” 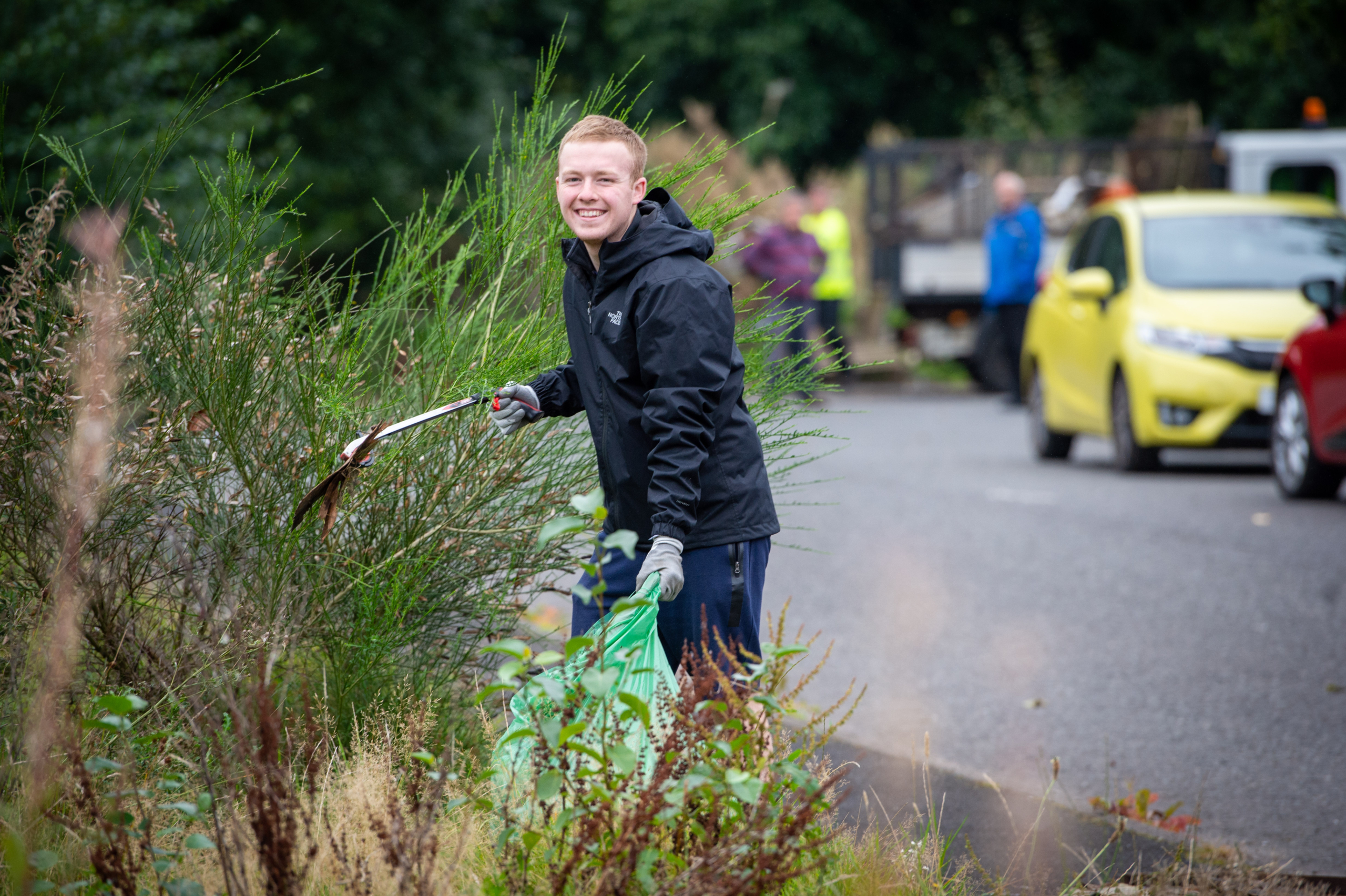 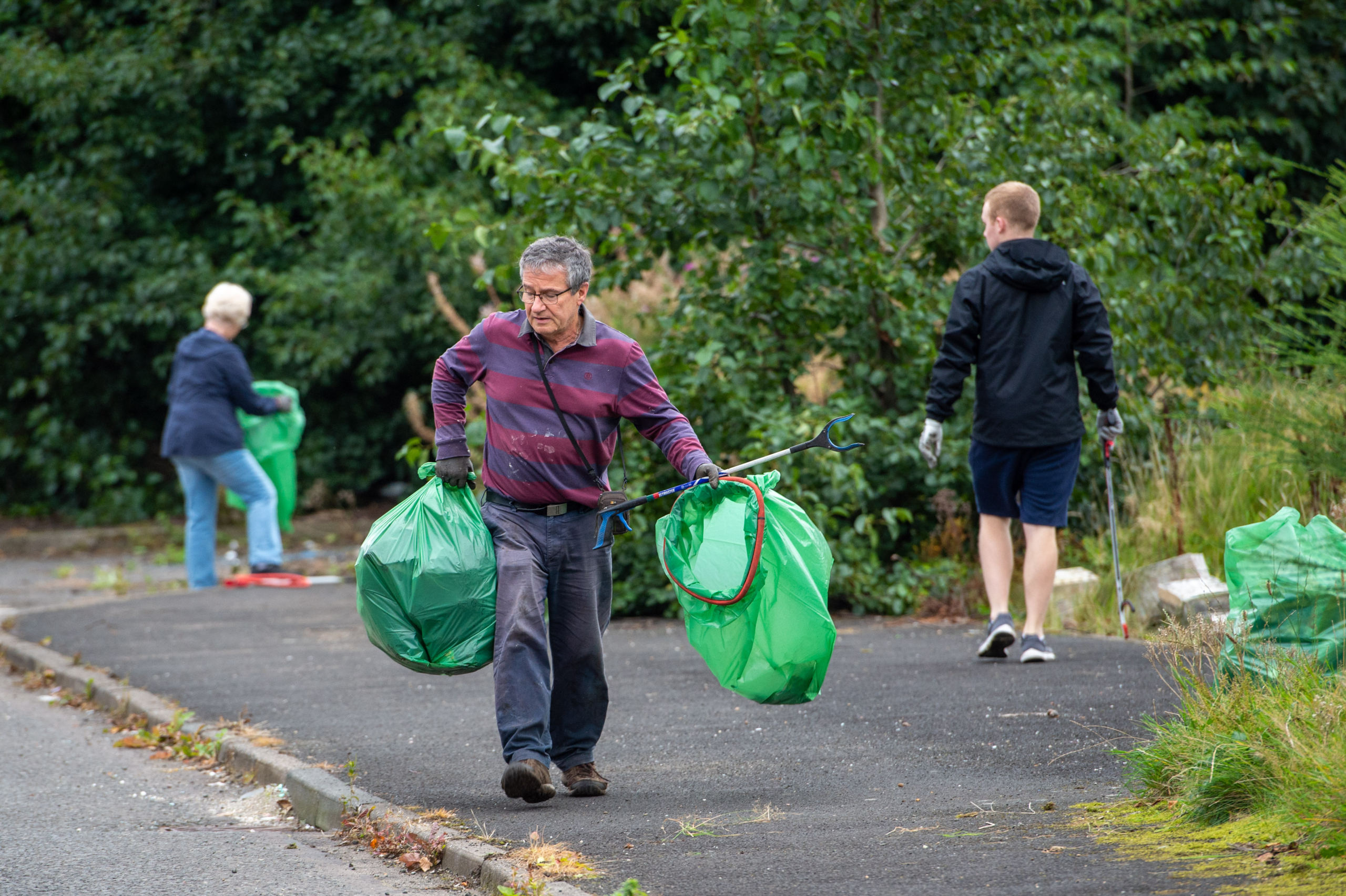 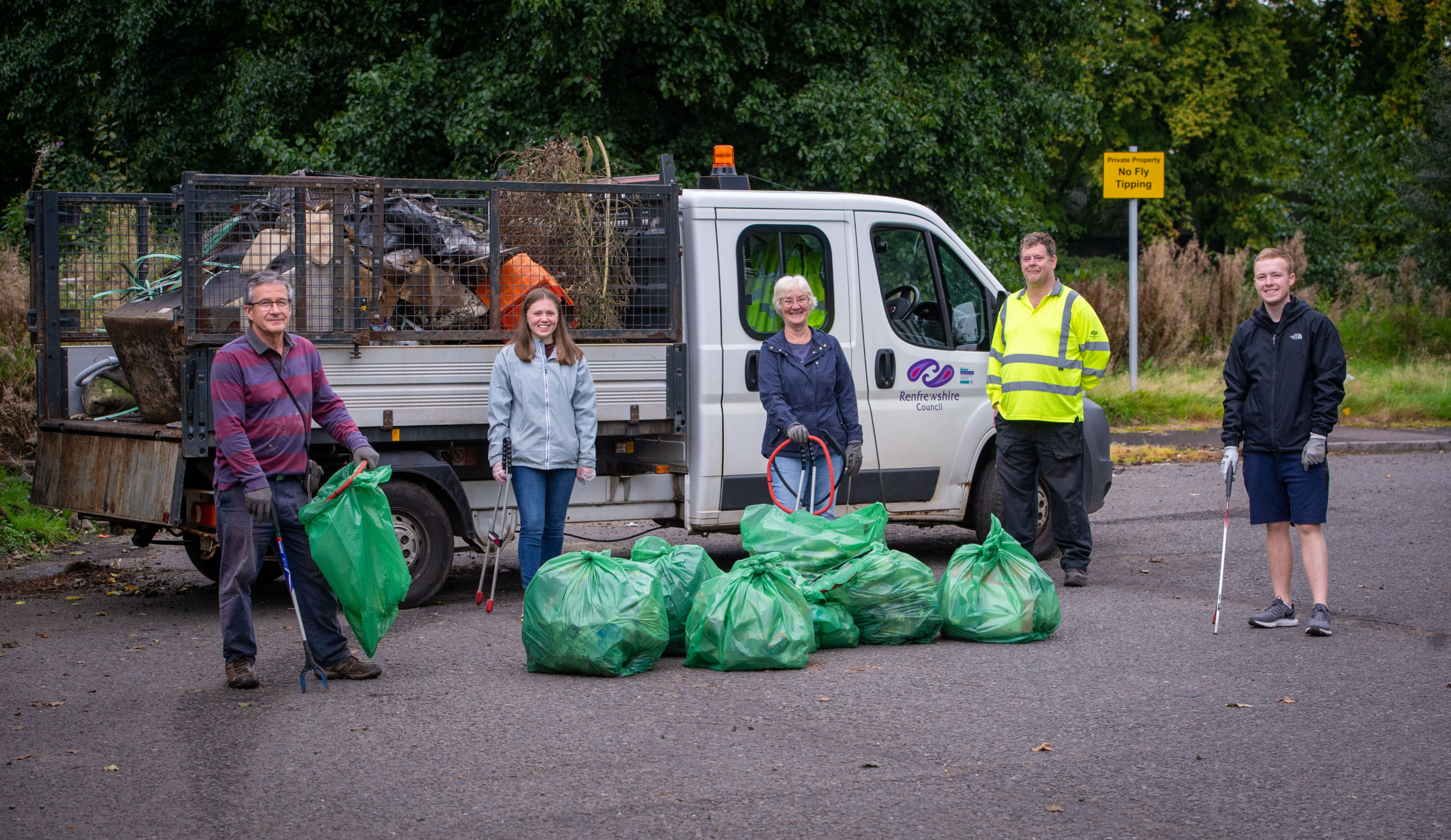 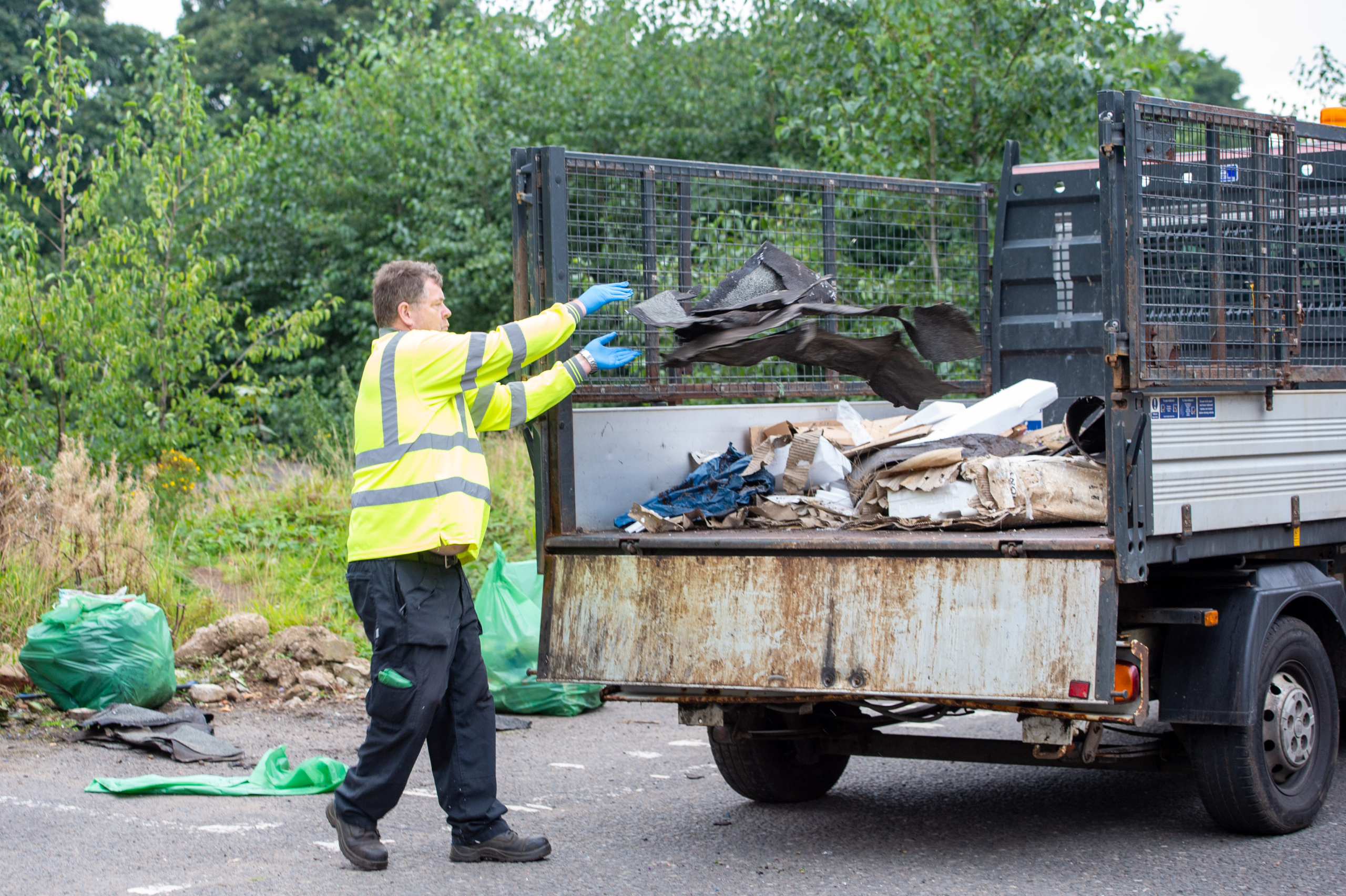 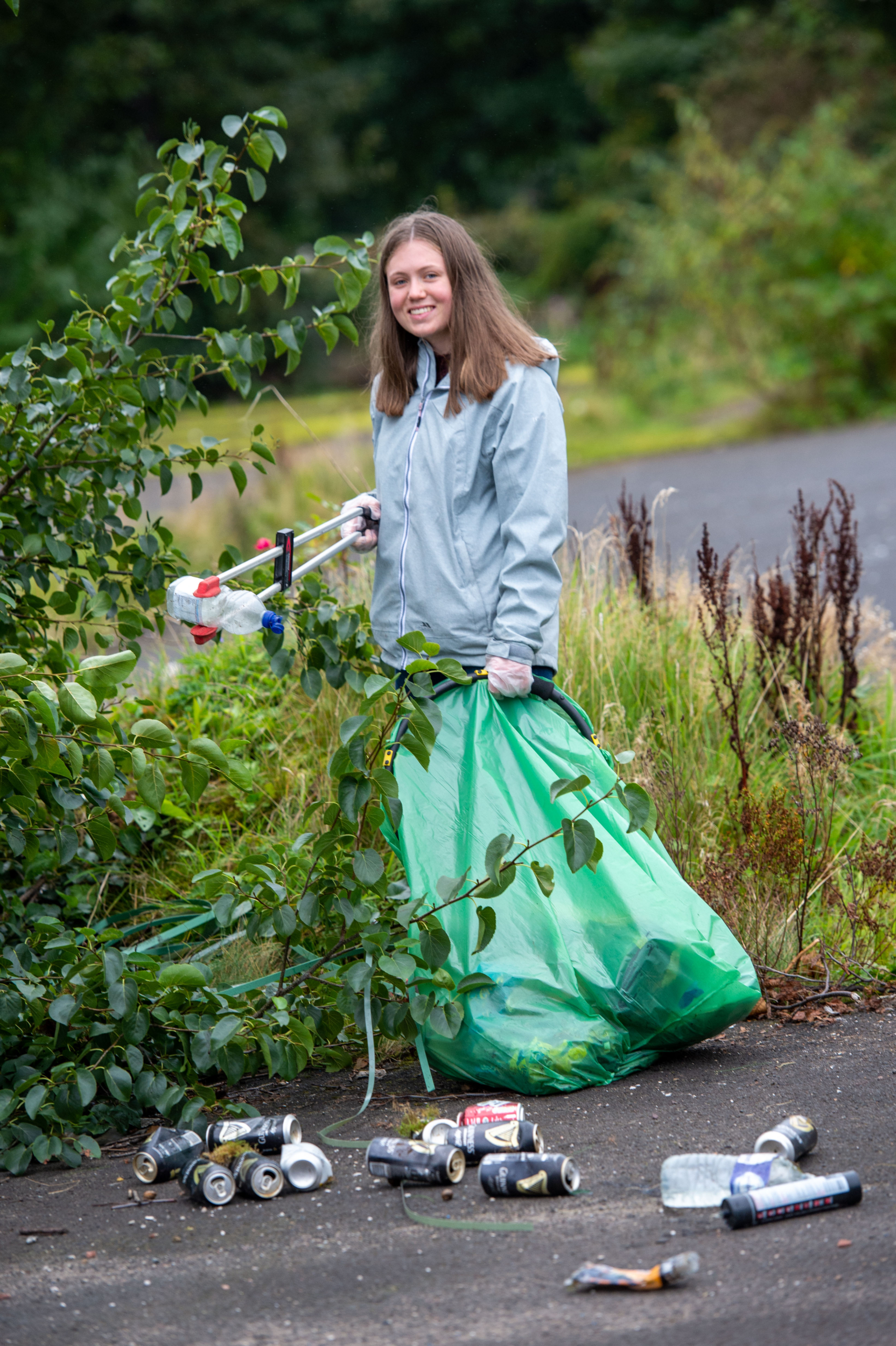 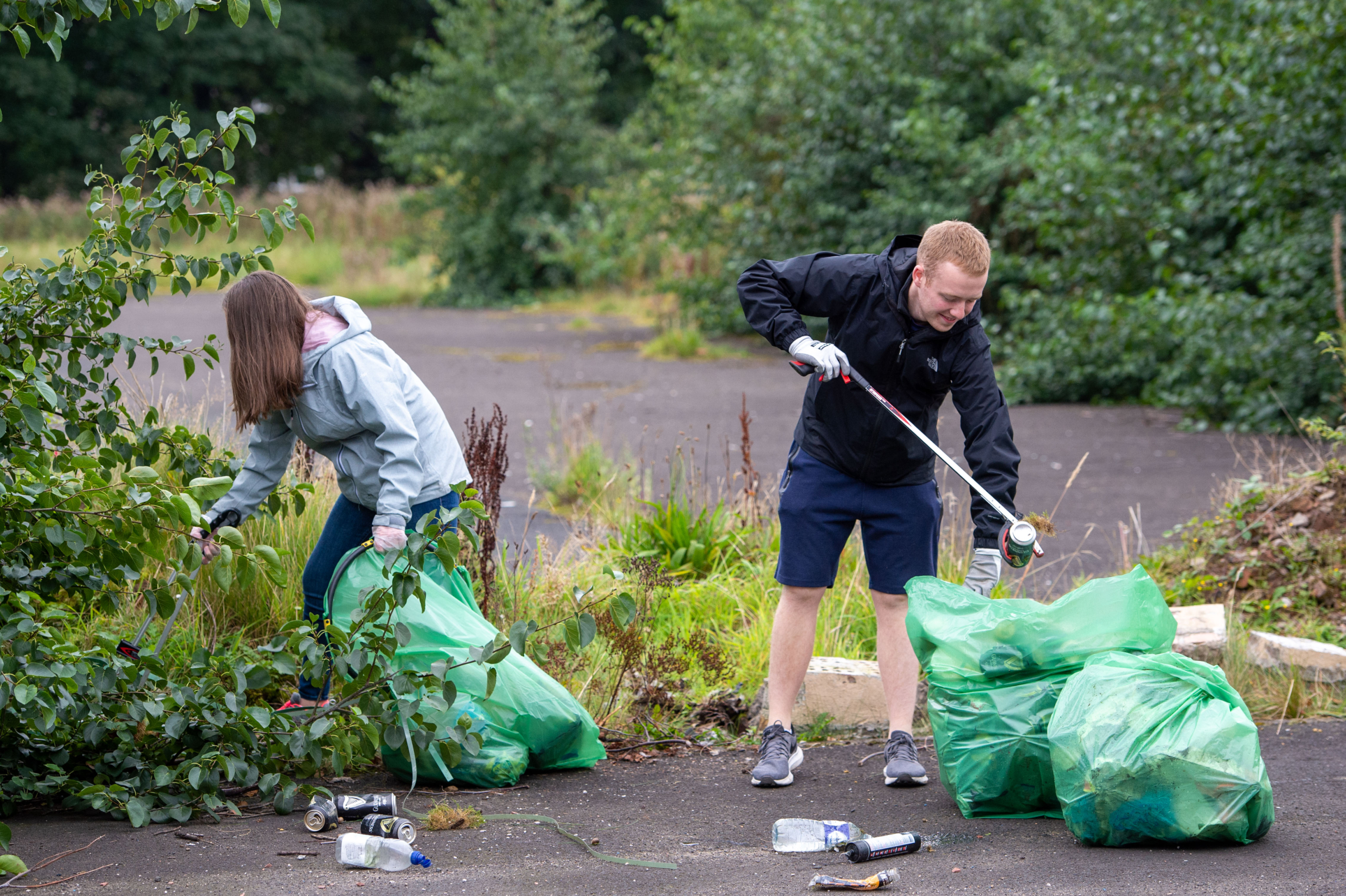 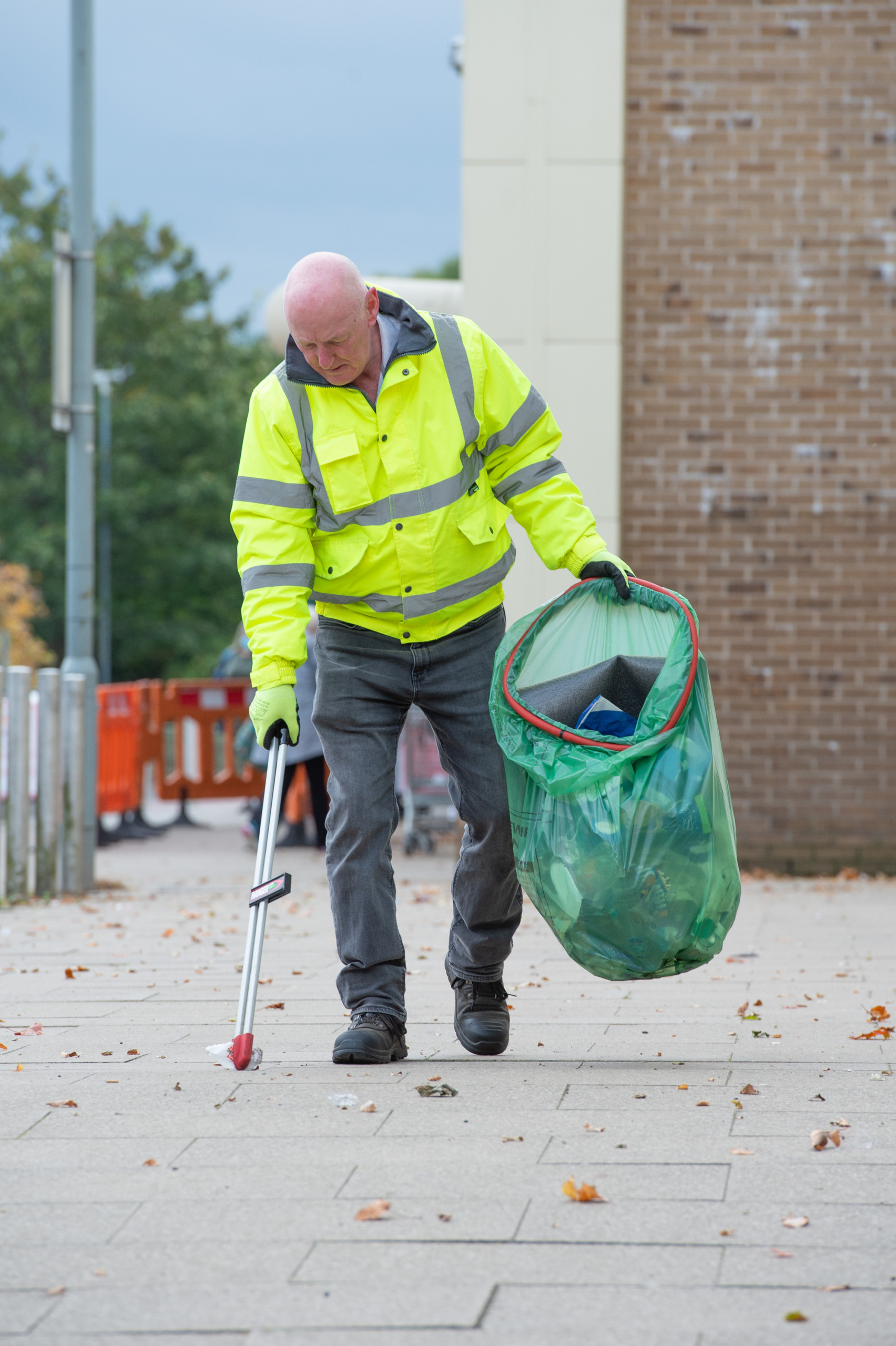 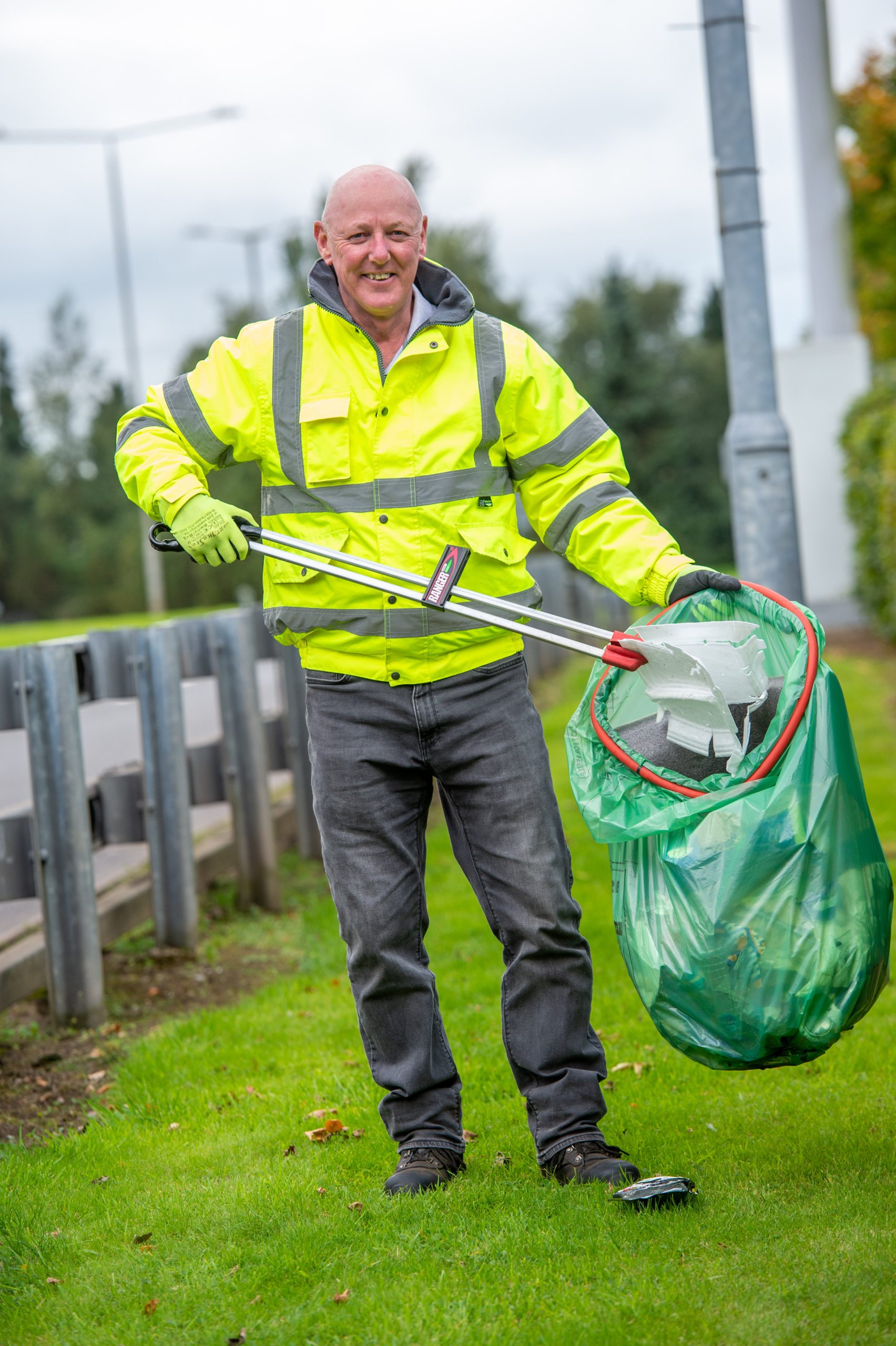 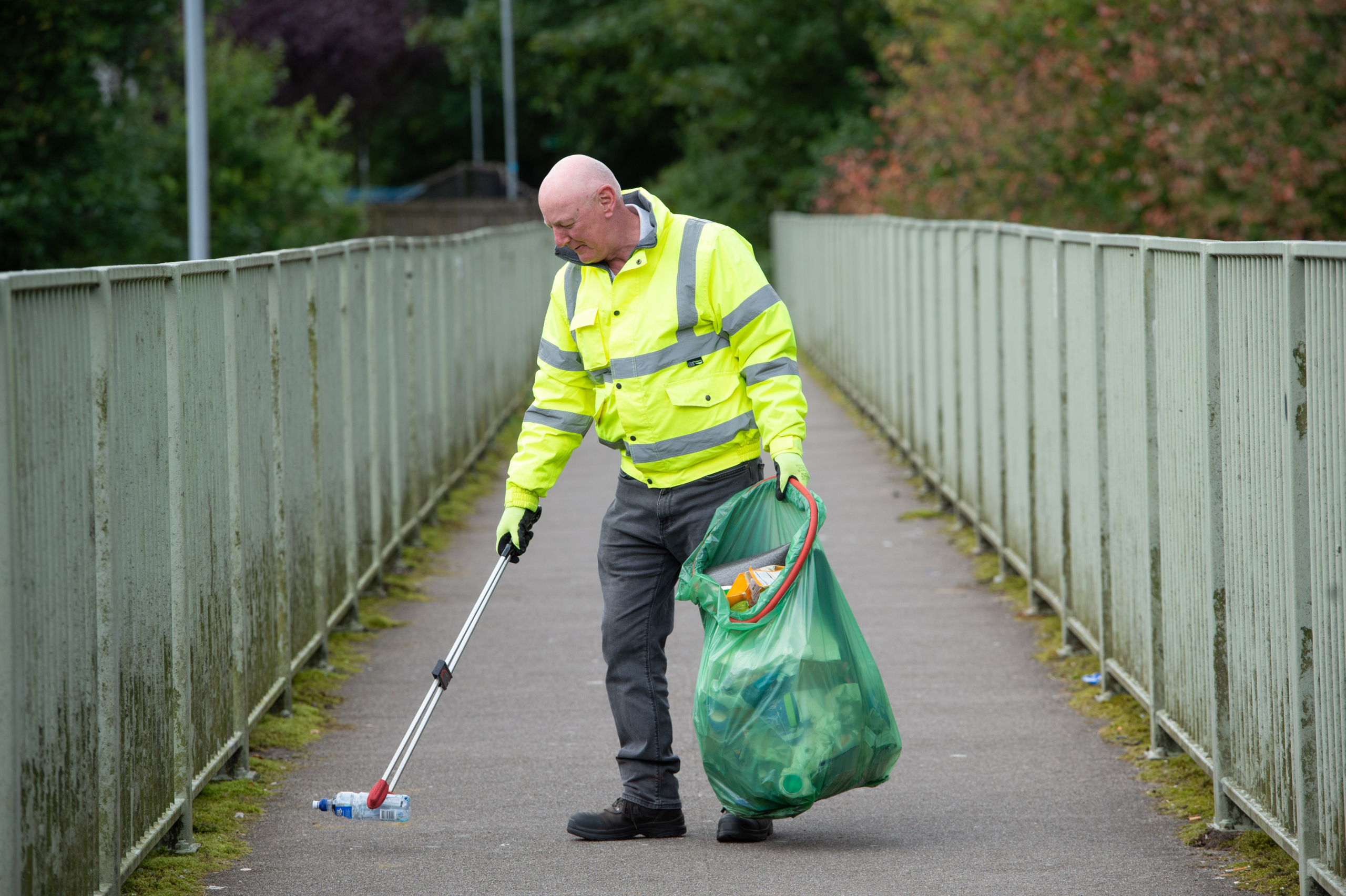 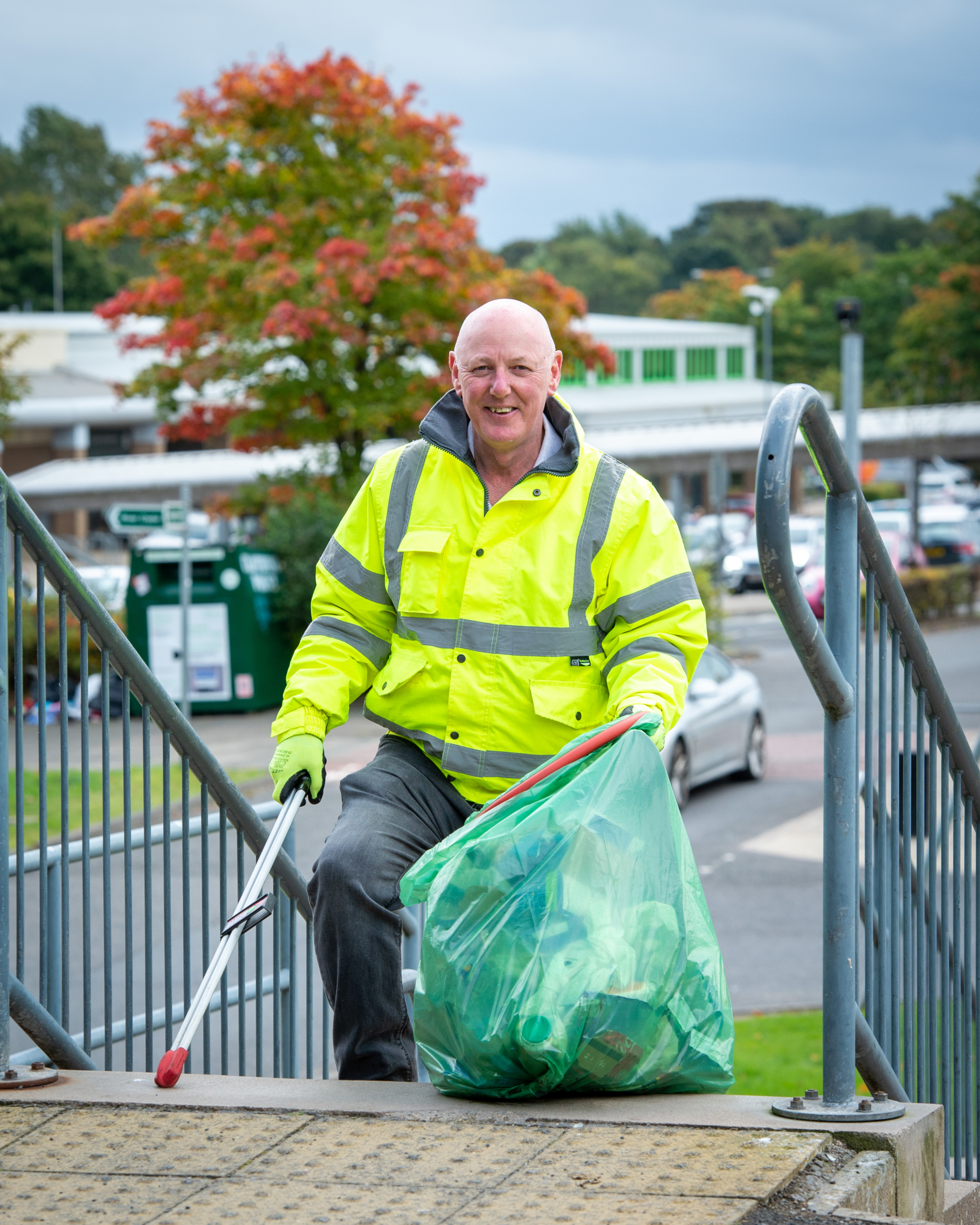 Working with the community, Renfrewshire Council provided volunteers with litter pickers, bibs, bags and any other safety equipment they required, and volunteers were provided with health and safety advice for carrying out litter picks, including group sizes and physical distancing.

The council’s StreetScene team took away the collected rubbish too and this took place alongside the council’s increased litter picking, gully clearing and road sweeping which forms a key part of the Team Up to Clean Up campaign.

Councillor Cathy McEwan, Convener of Renfrewshire Council’s Infrastructure, Land and Environment Policy Board, said: “What a month it has been and another fantastic Spotless September.

“While the current situation meant we couldn’t hold any large-scale events, it’s been heartening to see the desire of our Team Up to Clean community to continue making a difference.

“Hundreds of volunteers have headed out on their own or in small groups to clear hundreds of bags of litter from our communities and each with the same goal of making Renfrewshire a better place to live, work and visit.

“We’re working hard to change the mindset of those who think it’s acceptable to litter so please let’s keep working together to make Renfrewshire litter-free.”

The award-winning Team Up to Clean Up campaign has grown substantially since it was launched in 2017 and now boasts more than 1,500 members in its online Facebook community group.

The campaign brings the council and community together to help tackle littering, dog fouling and a range of other environmental issues and the joint approach continues to thrive in Renfrewshire.