William Dunn Square, with its beautifully designed parterres and elegant retaining walls, was gifted to his native town in 1894 by Wm. Dunn, Esq.,M.P. for the constituency (now Sir Wm. Dunn, Bart.).
The ground is laid off according to a competitive plan secured by Mr James Donald, architect, Paisley; the whole work costing about £9000. 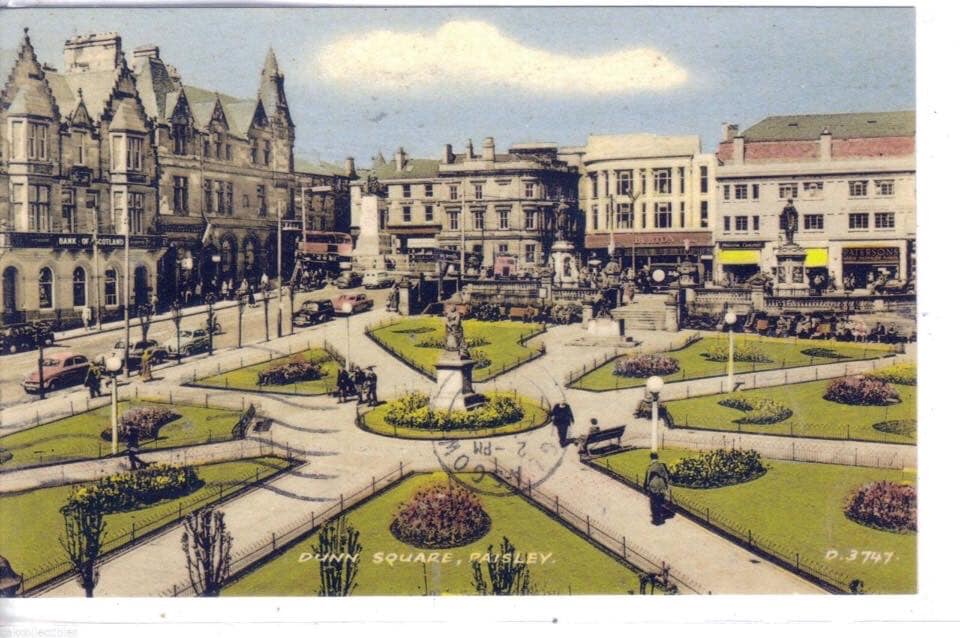 The space was formerly occupied by one side of Water Wynd (now St. Mirren Street), consisting of a number of old buildings which hid from view the magnificent Clark Halls.
The removal of these gave an Open Space which for some years became an open sore in the community- one party wishing the Town to sell the ground for building, and the other advocating the keeping of it open for the benefit of the district.
The generous action, however, of the distinguished donor relieved the Town Council of a difficulty, and effected an improvement at the Cross which all now regard as second to none in the town, and which is daily taken advantage of by large numbers. The statues, which occupy a commanding position immediately above the Square, are those of two honoured Paisley benefactors, Sir Peter Coats and Thomas Coats, Esq.
Some details of the man. 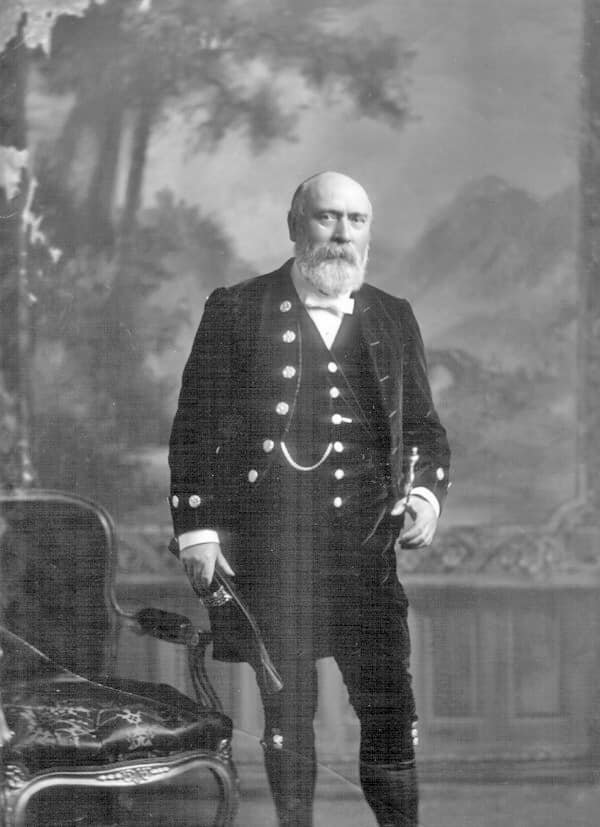 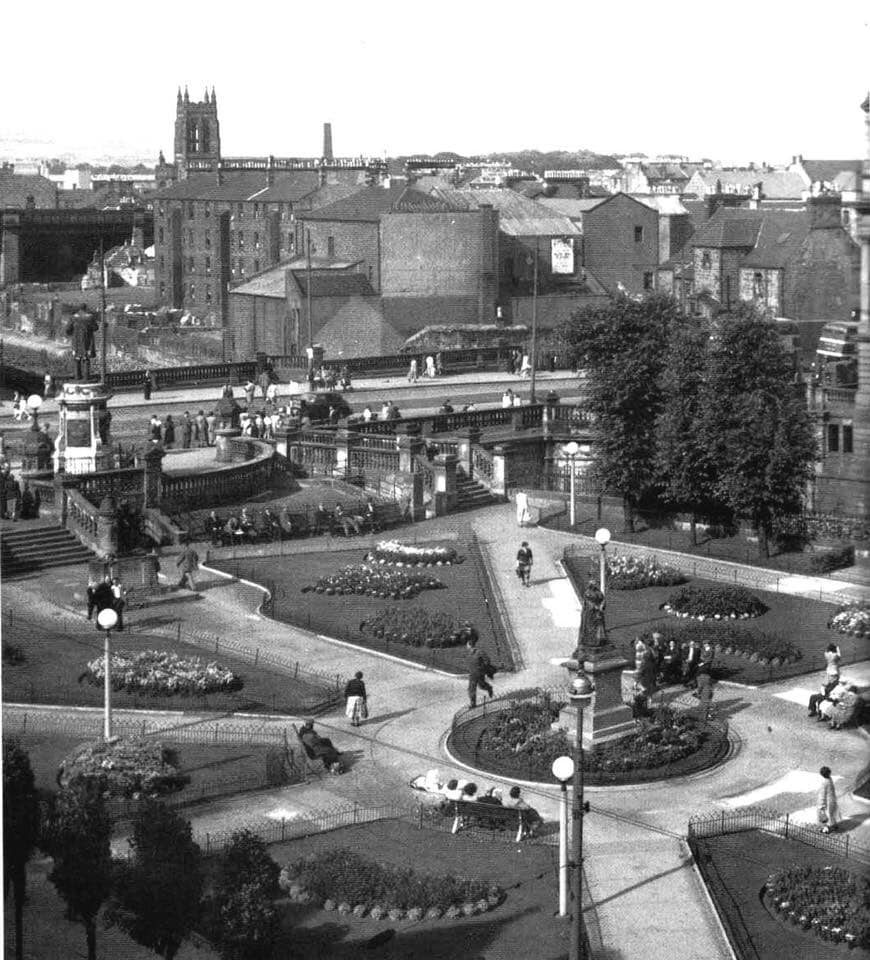 It is suggested that Dunn received his earliest education at home, although there are also indications that he attended school in the working-class West End District of Paisley.
At the age of fourteen Dunn became an apprentice at a local accountant’s office. It seems reasonable to surmise that Dunn, through his intelligence and education, was able to break free from his social environment
Dunn emigrated to South Africa in 1852, where he landed in Algoa Bay. He entered the firm of Mackie & Co. of Port Elizabeth. After two years, still only twenty-one years old, he was offered a partnership in the firm. Another six years later, in 1860, Dunn succeeded his deceased partner as sole proprietor of the business.
Over time, Dunn built up a large worldwide trading empire from his South African base.
Dunn was created a baronet in 1895, becoming Sir William Dunn of Lakenheath, after his residence in the country. Both he and his wife were buried at West Norwood Cemetery. On his death in 1912, Sir William’s estate was valued at 1.3 million pounds.
Dunn had no natural heirs and left his fortune to charity.
Despite his noble gestures in death, described below, Dunn’s background and business dealings are shady. During his lifetime and after he received bad press. He was called “pathologically mean” and “a social climber who married for money”. It was rumoured that he sold liquor to the African population in the Eastern Cape. Once in Parliament he allegedly did everything in his power to further his own agenda. And with his will, something was amiss as well. His wife contested it and won. On the other hand, there is little evidence to substantiate the accusations and rumours.