The Infantry Barracks, which were built on the North side of the Glasgow Road at the now Whitehaugh Avenue, were completed in the 1820s. The 4th (Extra Reserve) Battalion, the 1/6th (Renfrewshire) Battalion and the 2/6th (Renfrewshire) Battalion of the Argyll and Sutherland Highlanders were all raised at the barracks at the start of the First World War. Part of the site formerly occupied by the barracks was redeveloped for the Kelburne Cinema in 1933. 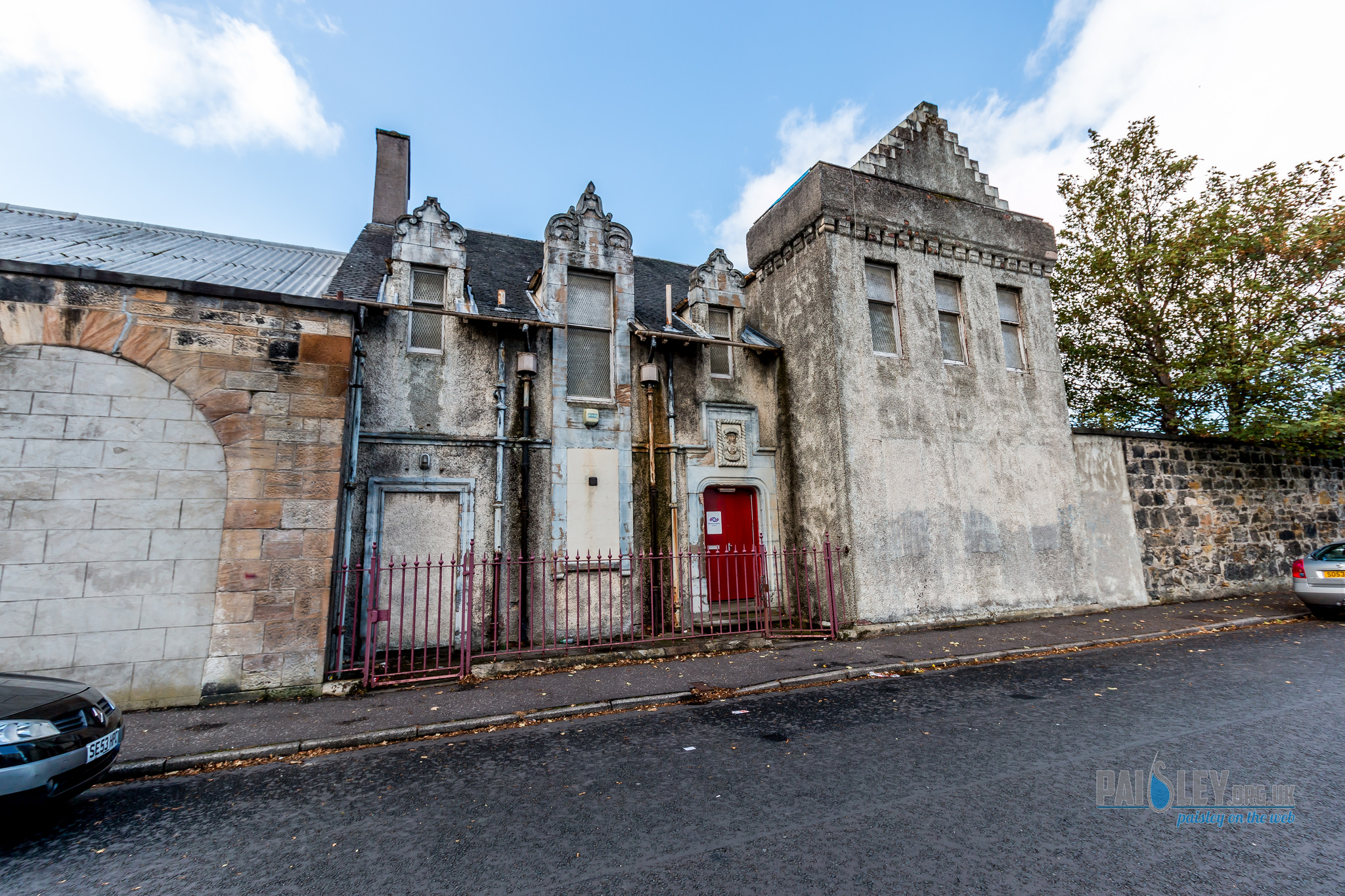 The ‘C’ listed building, currently in the possession of Renfrewshire Council, is a rebuild to a designed in a Scots Baronial style by James Craig & Barr, and Henry Cook, The entrance door has a panel above with a crest and the Royal Engineers motto ‘Ubique quo fas et gloria ducunt’ (where right and glory lead). It was opened by the Lord-Lieutenant of the County of Renfrew, Sir Thomas Glen-Coats, on the 25 September 1912 and was built as the new headquarters for the Renfrew Fortress Royal Engineers, a volunteer unit of the British Army, whose main function was the defence of the ports and shipments on the River Clyde. They were established as part of the Haldane Act, when a number of local volunteer ‘electrical engineer groups’ amalgamated into the Territorial Force. 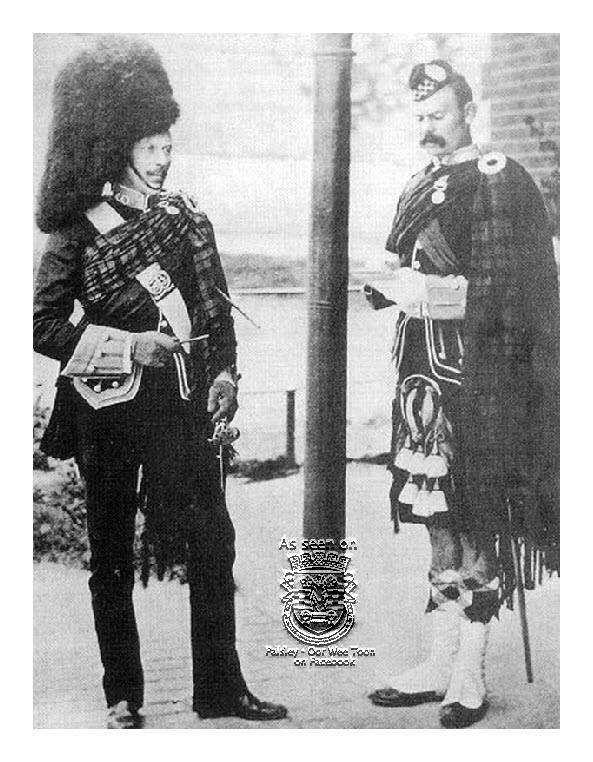 The building design was approved by the War Offices at the time and a newspaper article in the Paisley and Renfrewshire Gazette of 1912 describes the interior of the building as having a large armoury, quartermaster’s store and rooms for sappers and non-commissioned officers on the ground floor and officers’ quarters, a mess-room and an observation gallery into the drill hall on the upper floor. The drill hall itself is described as being 75 feet long and 40 feet wide, with a large sand pit at the end away from the main building so ‘sappers can erect therein models of redoubts, trenches and other earthworks’. The building is among a small number of surviving drill halls in Scotland and retains key features which relate to its former use. 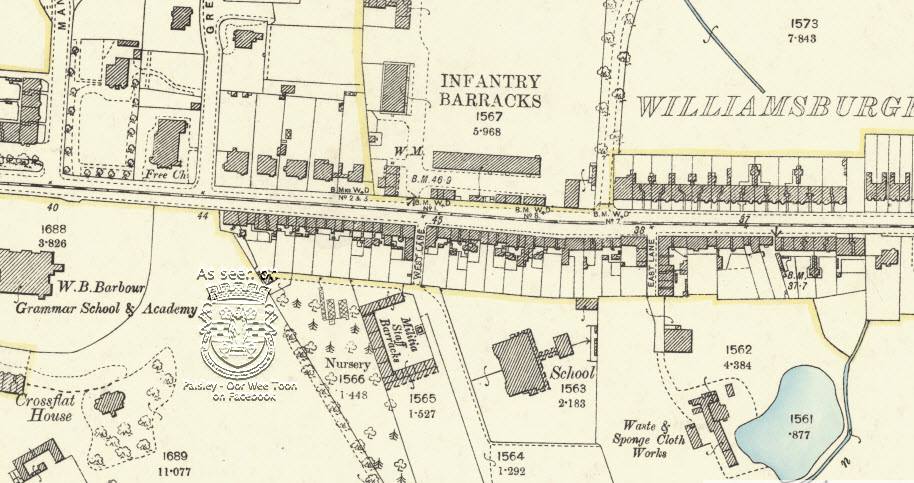 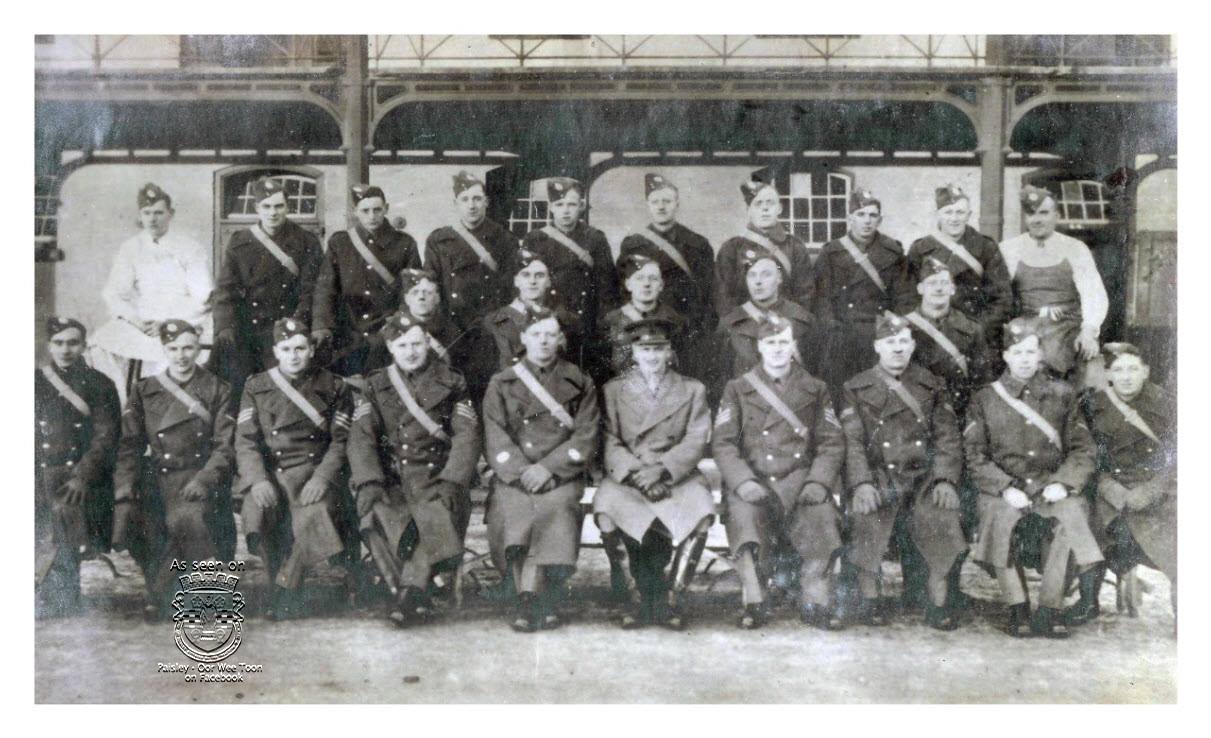 Williamsburgh Militia Barracks
Barracks were built on the south side of the Glasgow Road at Williamsburgh on the site which is now bounded by Williamsburgh Terrace, Lacy Street and Williamsburgh Court, and was part of the response to the Radical War of around the start of, and in to the 1820’s, they were completed in 1822. The Earl of Glasgow used the barracks to raise a regiment of yeomanry and a volunteer rifle corps. Units subsequently based at the barracks in the 1820s included the 10th Hussars and the 13th Regiment of Foot. As part of the Cardwell Reforms of the 1870s, where single-battalion regiments were linked together to share a single depot and recruiting district in the United Kingdom, the 26th (Cameronian) Regiment of Foot was linked with the 74th (Highland) Regiment, and both were temporarily based at the barracks. These regiments moved out to Hamilton Barracks in Hamilton a few years later and the barracks were disused and empty by 1882. The site of Williamsburgh Barracks is still shown on Ordnance Survey maps up until the late 50’s with the same building layout.