A description of the situation of many of the poorest

That there is a considerable number of destitute, neglected children in this town, who, having been left by their parents and the Parochial Boards without any regular means of living nor any moral superintendence on the part of their parents or relatives. 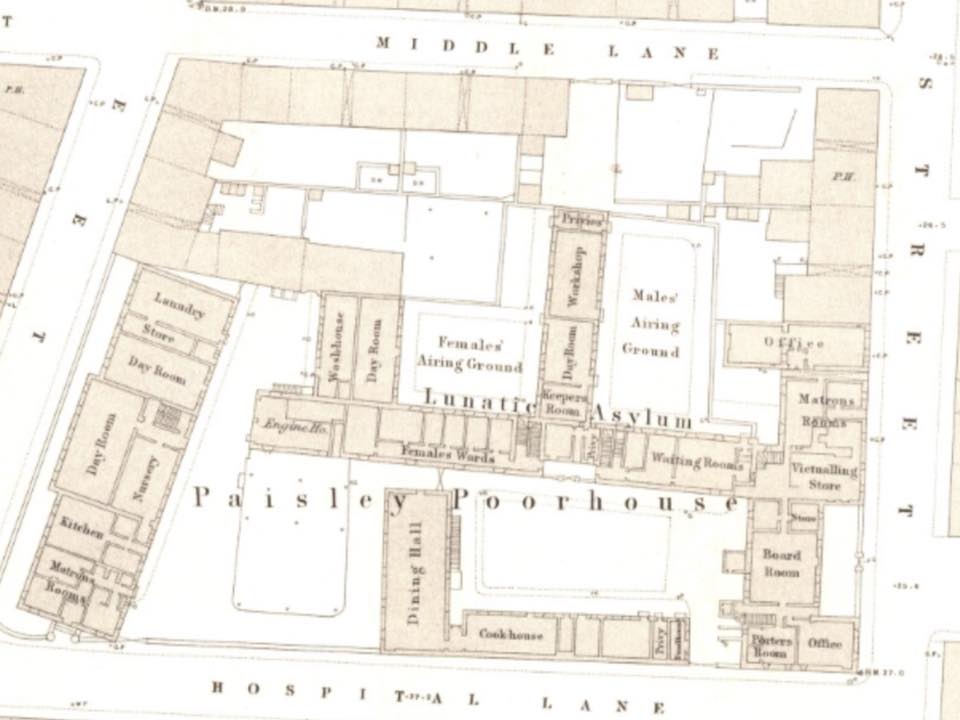 They are allowed to grow up in habits of vagrancy and crime; that this class forms the great and increasing source of juvenile delinquency, which is the disgrace of our large towns.
There is an urgent call upon all who wish well to the community to take immediate steps to remedy this great social evil by reclaiming these children, and providing the means of raising their condition and enabling them to lead an honest and productive life. 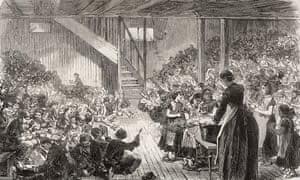 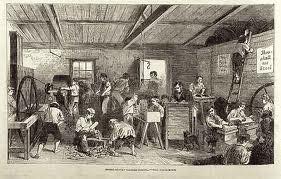 The first action is taken

On 11 April 1847, a meeting of committees from the Town Council and from the Burgh and Abbey Parochial Boards was held in Paisley’s Council Chamber, to discuss the subject of establishing a ragged school in the town.

In 1849-50, the Parish of Abbey, at the southern side of Paisley, erected a poorhouse at the south side of what is now Craw Road.
The buildings, constructed in stone in an Elizabethan style, comprised an entrance block fronting onto the road at the north, behind which stood the main building which had a double-courtyard plan.
The location and layout of the poorhouse are shown on the 1897 map below.
See below.

Abbey workhouse site, 1897.
In 1879, Mr M’Neil, a Visiting Officer from the Board of Supervision, reported that; In the poorhouse and parish of Abbey also an example — perhaps the most striking in Scotland — may be found of an adequate test reasonably employed: in the poorhouse no male inmate is idle if he be fit for any class of labour; he either scrubs his own floor, is engaged in the fire-lighter factory, makes mats, teases a task of oakum, or breaks a fixed quantity of road metal; he is not allowed to smoke during the working hours, and he is limited to the prescribed diet.

The result is very apparent and must be satisfactory to the parochial Board for, while pauperism of the adjacent Parish (Paisley) has steadily increased during the past winter notwithstanding a free use of indoor relief, that of Abbey has declined…

From 1895, the Abbey poorhouse took on the role of poorhouse for the whole of Paisley and became known as the Paisley poorhouse A 110-bed hospital was added at the east of the site in 1890, and an infirm section in 1912.

During the First World War, the site was used as a War Hospital. In 1921, the poorhouse could accommodate 650 inmates.

In the 1930s and 1940s, the establishment continued to operate as a Poor Law Institution providing care for the chronic sick.

After 1948, it became an annexe to the Royal Alexandra Infirmary.

The former Abbey poorhouse buildings no longer exist and the site is now occupied by a housing development.