The Abbey Parish poorhouse was built at Craw Road in 1849, but it was not the first poorhouse in Paisley.
That was built in 1618 by the Baillies and Town Council at the east corner of what is now known as Orr Square and provided accommodation for 6 poor old men, feeble and unable to work. 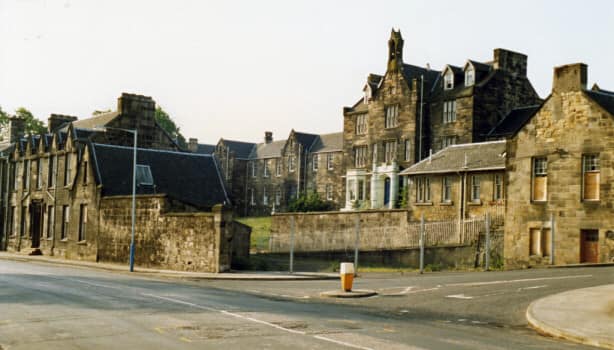 By 1723 the hospital has fallen into a ruinous condition and therefore a new one was built on the site along with a Public Hall and Steeple.
In 1752 a larger poorhouse opened in Sneddon, called the Town’s Hospital, where it remained until 1849 with the opening of the Craw Road Poorhouse. 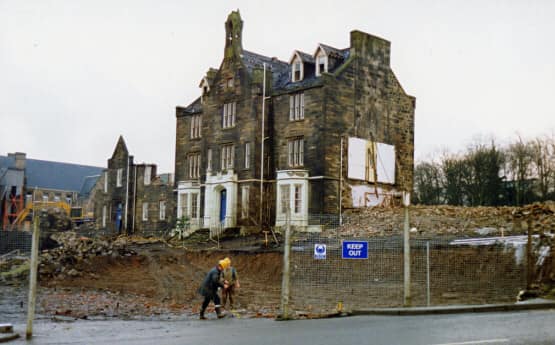 This poorhouse was extended over the years until it consisted of a considerable Complex.
An asylum block was added in 1851 (now used as the College of Nursing), a hospital block in 1890, a Sanatorium in 1909, Westmount was purchased and used as an extension in 1911.
In the same year an Infirm block for men was opened. In 1922 a V.D clinic was started at the hospital block and in 1928 St Margaret’s was opened as an old peoples home. 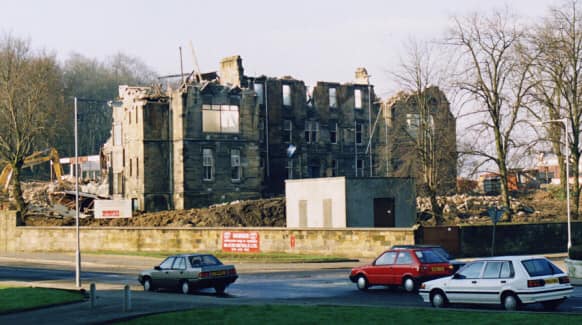 After the passing of the Local Government (Scotland) Act of 1929 Craw Road Institution was transferred from the Parish Authorities to the Public Health Department of Paisley Town Council, although the asylum section remained with Renfrew Board of Control.

After the introduction of the NHS in 1948 the complex became an annexe to the Royal Alexandra Infirmary, under the control of the Board of Management for Paisley and District Hospitals.
In 1974 with the reorganisation of the NHS the annexe passed to the control of the Renfrew District of Argyll and Clyde Health Board.
In 1986, the Royal Alexandra Hospital was relocated to a new purpose-built building. Patients were relocated to the new facilities from a number of annexes that serviced the Royal Alexandra, including the Craw Road Institution.
By November 1986 all of these annexes, including Craw Road Institution, were closed.