The Anchor Recreation Club opened in 1923 with a sports event to mark the occasion. The day’s events were filmed and then screened at the Palace Cinema in Paisley High Street, much to the amusement of the mill girls, who clapped and cheered when seeing themselves running in three-legged and sack races. 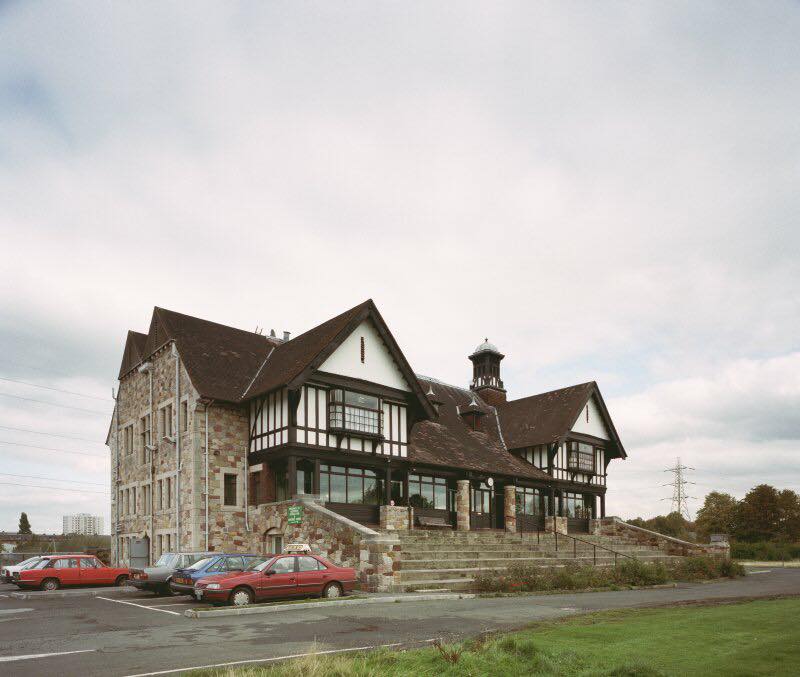 The Recreation Club was well used by the mill workers, who organised cricket, football and hockey teams, and held sports contests involving athletic events. Best attended were the events where Anchor competed against Ferguslie mill teams. Some of the ground’s activities were well-known but, perhaps thankfully, not recorded, including the stories about mill workers ‘courting in long grass’!
Posted by Paisley Facebook page previously.

Some memories from workers (Paisley archive)

The company did play a large part in providing leisure facilities and organising events for workers.
Ann Lightbody summed up the reputation that the company had in the local area when she said that, “Coats was always famous for their sports, I mean, they had swimming way back, there was swimming, there was, I mean, the boys still have there, the men still have their golf thing.”
Anne’s statement hints at Coats’ contribution to leisure in the local community, as well as the fact that people continued to meet up and participate long after the thread industry had left Paisley.

Anchor Golf Club had been formed in 1952 and was actually independent until 1977 when it became affiliated to the Anchor Recreation club.
Over the years, it attracted a large proportion of its membership from both the Anchor and Ferguslie mills.

Swimming was an important way to relax after a shift and formed part of a much broader recreation setting for mill workers. Ferguslie swimming club started in the early 1900s, and the Anchor equivalent was formed around the same time. Both used to compete, with the first silver cup being presented by James Coats Jr. in 1909. Official competitions continued up until the late 1950s, but the baths remained an important part of life for mill workers.
Sadie Kilpatrick first started working in the Anchor mills, as a ‘doffer’, in 1938. She remembered how:
“I used to go to the baths, when I come off a nightshift, we used to go, what did you call that place, it was over in the Seedhill. It was a big, big, I think we called it the Rec, well they were all, there was badminton there, and there were, eh, there was cricket for men, and there was a beautiful big swimming pool.”
Sadie was referring to the Anchor Recreation grounds in Blackhall Road, which was home to a variety of leisure and sporting opportunities for mill workers, and later, the wider local community. It would close in 1982 after the company stopped funding, but many respondents to this project had strong memories of the time that they spent here