Shuttle street was in the 1700’s the most sought after piece of real estate in Paisley. 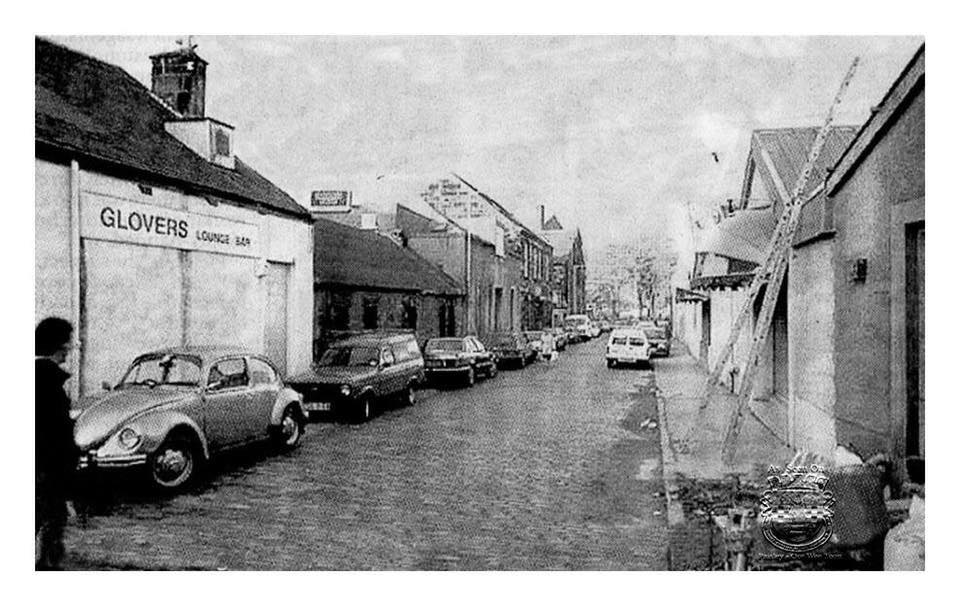 Bailie Thomas Kerr got himself a partner, Robert Pollock, whose financial resources could back up his own; and partly by lavish bidding at the sale, partly by private trading afterwards, he secured seven plots in a row opposite the church.
These were the ones with the long backlands. Kerr and Pollock built there a row of weavers’ cottages, Shuttle Street, and at its corner a two-story Manufacturing House – not a factory as we understand it, but the HQ of a little outworking industry.
It was up and running by the time the new Burgh Church was open in 1738. Bailie Kerr presented a communion cup. 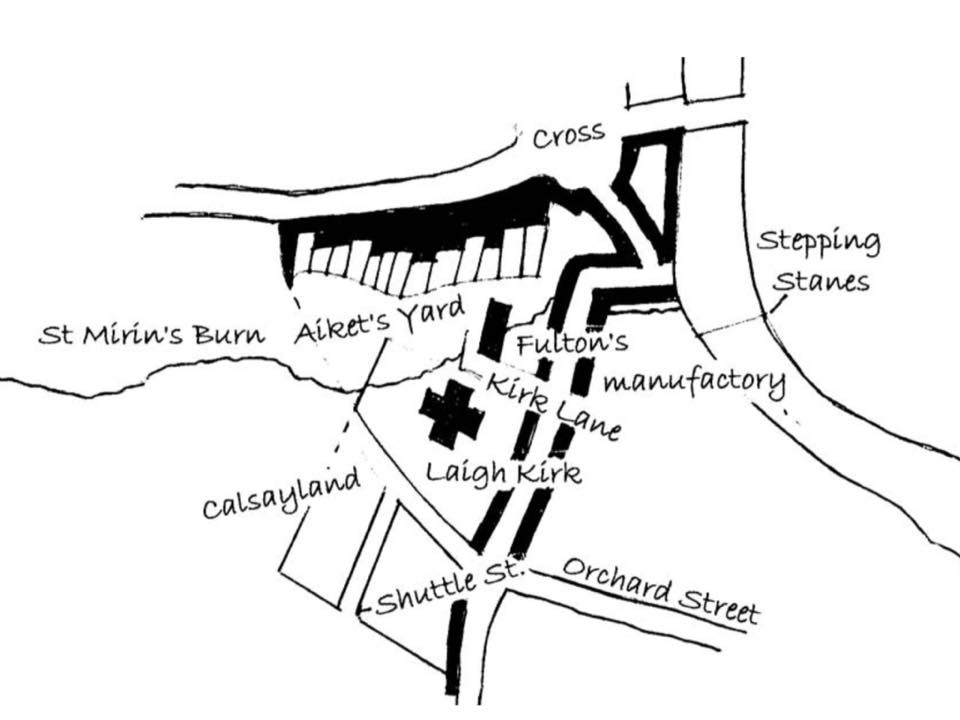 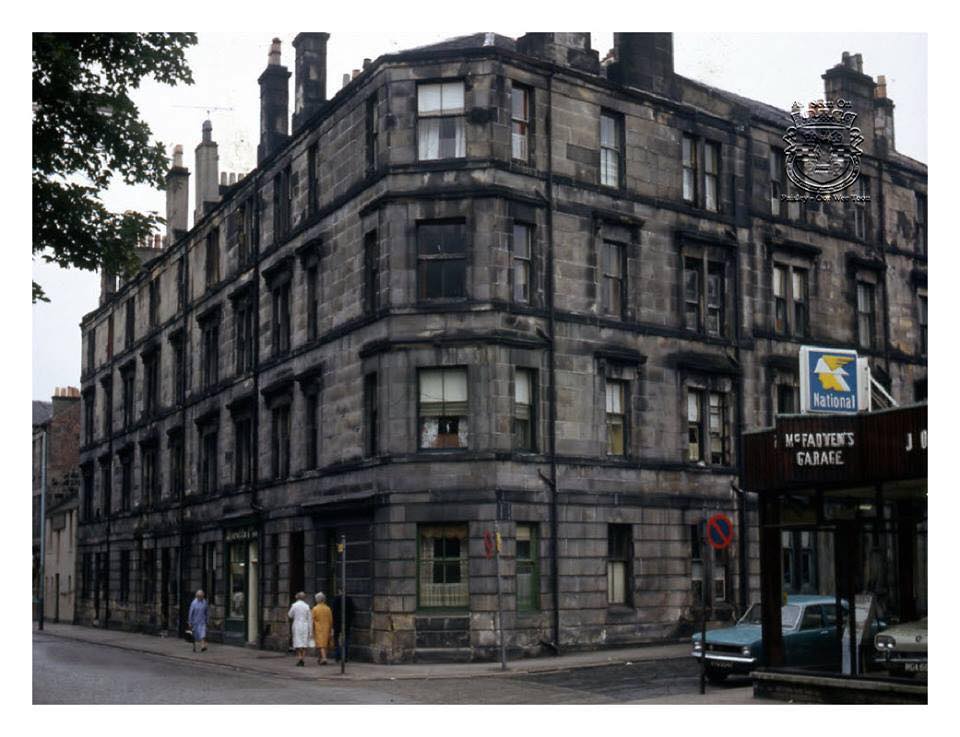 Kerr and Pollock used the opposing side of Shuttle Street as a ‘bank’. There, they let sites, preferably with houses on them. When opportunity offered, they sold one and with the proceeds built on another, which they again let and sold, as they needed money.
The Council also re-sold a little land along Causeyside Street (where the Russell Institute is now) under the condition that if any of it was used to build a Manufacturing House, all the journeymen must be made to join the Weavers’ Society.