During the 1888 visit Her Majesty rode in an open horse-drawn carriage accompanied by a cavalcade of mounted soldiers as she arrived in Abbey Close. 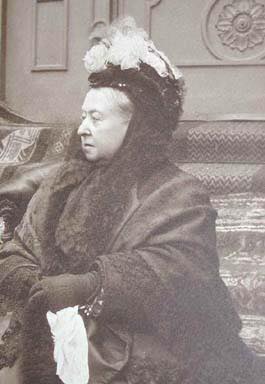 Thousands of patriotic Buddies gathered, and she was welcomed by Provost Robert Cochran and 100 volunteers from the Argyll and Sutherland Highlanders regiment, who were commanded by Lieutenant-Colonel Thomas Glen-Coats, of Ferguslie. 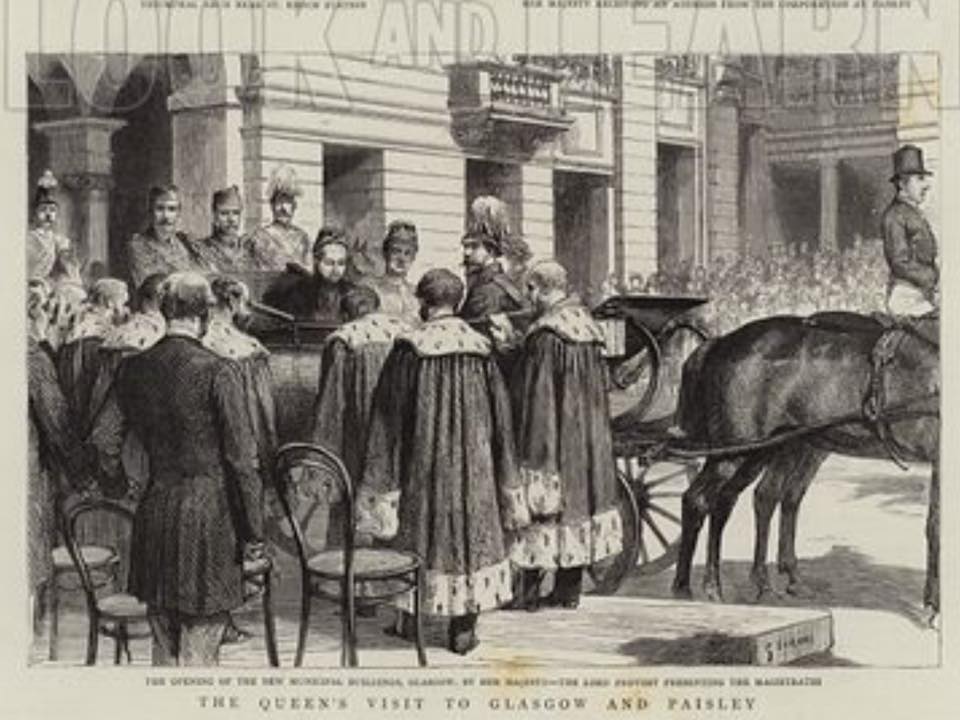 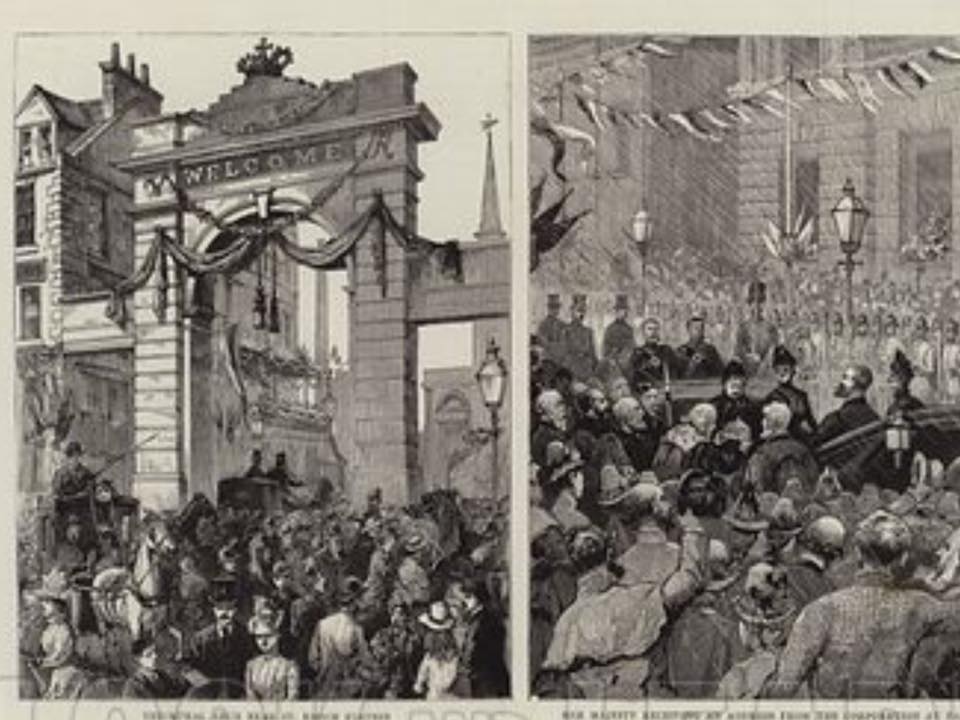 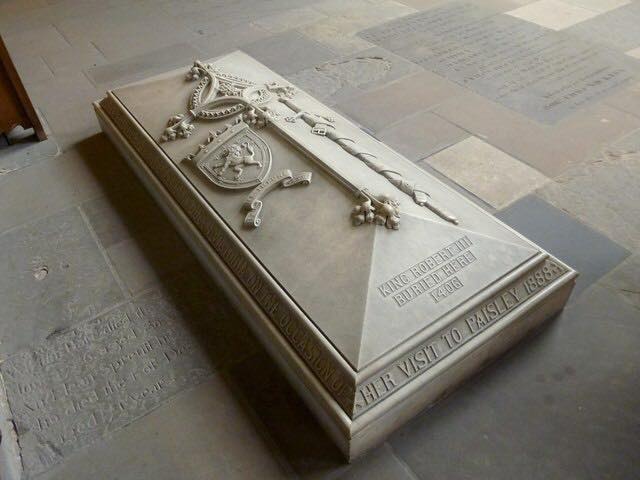 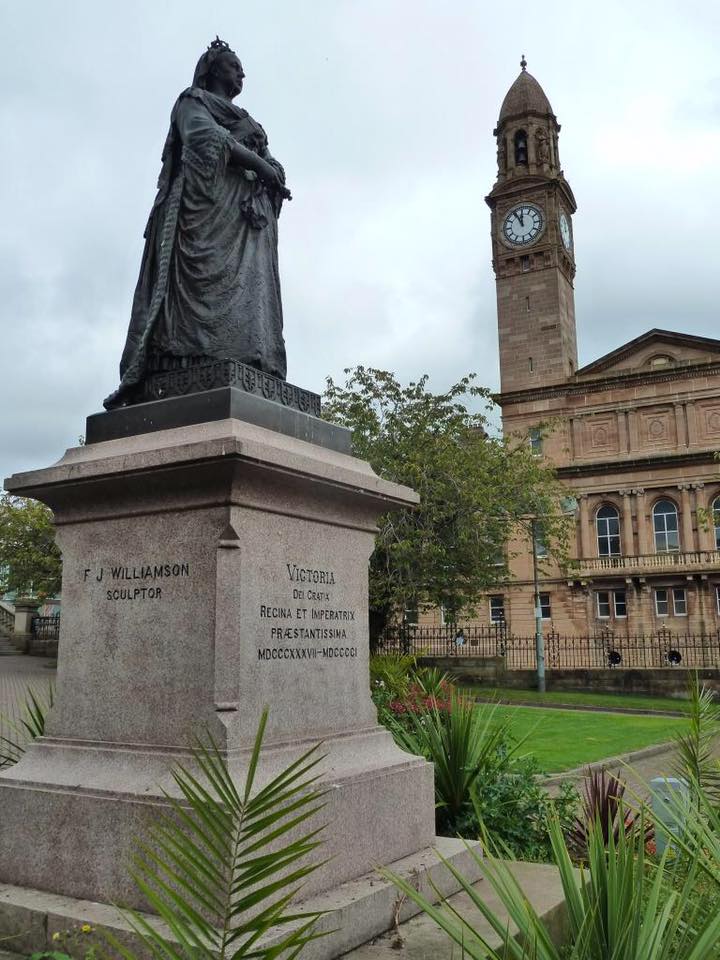 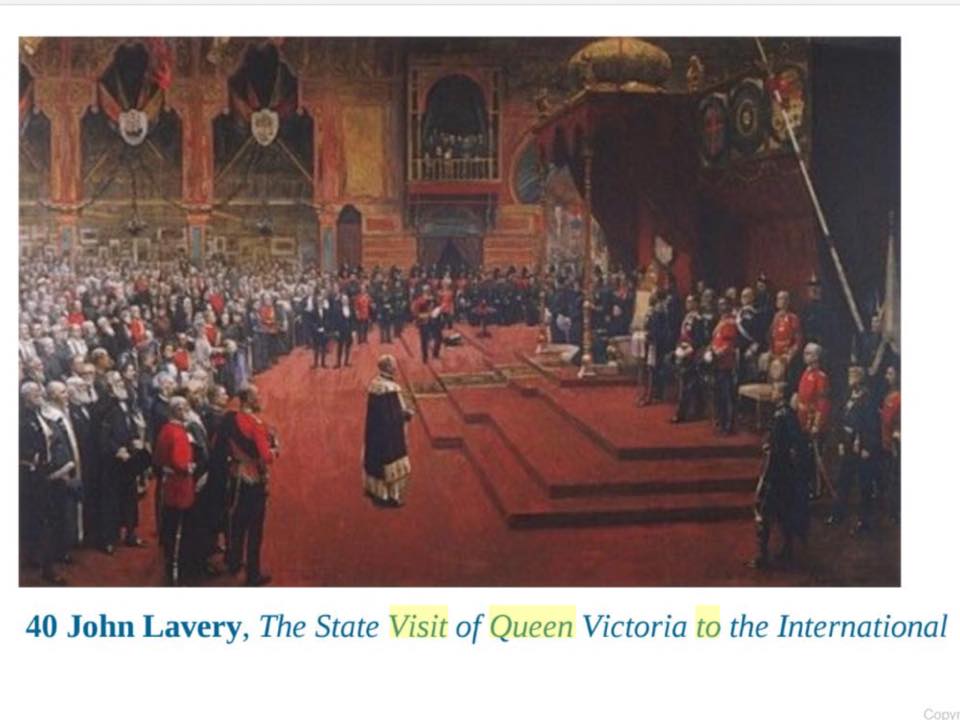 Her Majesty, sheltered by an umbrella and wearing her traditional black robes and hat, then travelled along a crowd-lined High Street to the steps of Paisley Museum.

There, she was presented with a floral bouquet by the Ferguslie thread mill owner Sir Peter Coats and his wife.
Previously, just five years into her reign in 1842, Victoria supported the town’s financially-impoverished weavers by buying several Paisley shawls.
She wore a Paisley shawl at the baptism of her son, the future King Edward VII.

The connection between the Paisley Abbey and royalty continues even to this day. There have been a number of occasions when members of the present day royal family have visited the Abbey, all in order to pay their respects to their Stewart forebears. These have included visits from Queen Victoria in 1888, when she dedicated a memorial to Robert II, a tomb which she had commissioned in Sicilian marble ,Queen Victoria provided a canopy in 1888.