Paisley Harbour, which was constructed by Barr & McNab, opened in 1891 and shared the distinction with Belfast of seeing the arrival of the first American troops to reach the UK in January 1942. 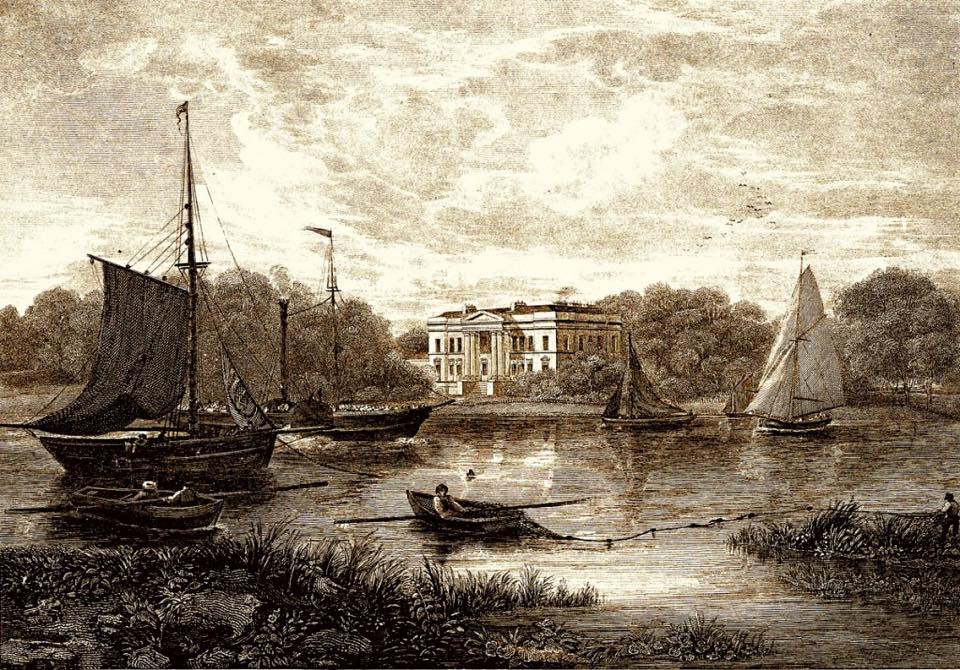 Launches of small vessels were also carried out at Barr & McNab’s Abercorn yard – sideways, due to the narrowness of the channel.

The harbour was situated between the present Abercorn Bridge and the New Bridge, which is now the location of a well-known bank’s Paisley headquarters.

The opening of the harbour was celebrated by sailings to Rothesay aboard the paddle steamers Shandon, Vivid and Guinevere.

Regular bank holiday sailings took place up until 1898 and the harbour remained active until the mid-1960s, after which time the river ceased to be dredged. 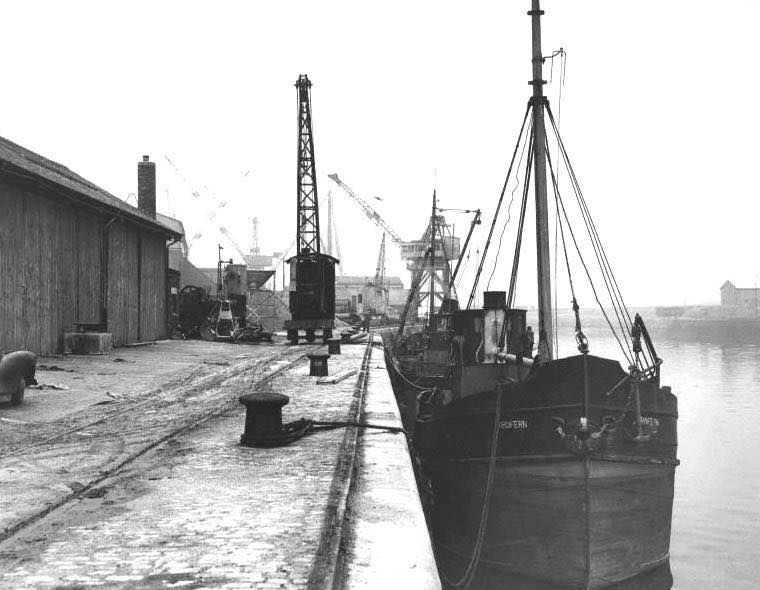 On a previous comment in The Only Way Is Paisley site post Roddy Boyd owner of Paisley Oor Wee Toon Site informs that “There was only one ‘Paisley Harbour’. It had two sides, Laighpark, on the East side of the River, and Nethercommon, on the West Side. Prior to that and often erroneously called ‘Paisley Harbour’ was Carlile Quay at Carlile Place off New Sneddon Street (as in the photo ref the Vital Spark). The other (and first) ‘Paisley Harbour’ was Sneddon Quay which was about where the old Carnegies is located.”

On June 27, 1816, there was a notice in the Glasgow papers:—
“We understand the Prince of Orange steamboat arrived at the quay of Paisley upon the evening of Tuesday last, and sailed next morning with passengers for Greenock and Gourock. This having been the first steamboat that had sailed up the Cart, a vast crowd assembled to witness her arrival at Paisley.”
Steamboat sailings from Paisley are occasionally documented through the following years but it was in the 1830s that a regular service was introduced, leading to the first serious attempt to improve the Cart for navigation.

Cupid was the first steamboat tried on the River Cart. In Fowler’s Directory for Renfrewshire for 1830-31, there is an entry referring to steamboats from Paisley: “The Cupid and Kilmun steamers, start from the Quay daily; Boards announcing the destination and hours of departure, may be seen at Thomas Orr’s, (old post office) 86 Moss Street.” There had always been interest in extending steamboat service to Paisley but the difficulties in navigating the Cart provided a significant challenge. The following year Cupid was sailing from Glasgow to Greenock and Kilmun, now sold and renamed Gleniffer, was the Paisley steamer