Situated on the summit of Dykebar Hill was a four emplacement heavy anti-aircraft battery. There may have been an extra two open emplacements and the accommodation camp was to the SE adjacent to the A726 public road. 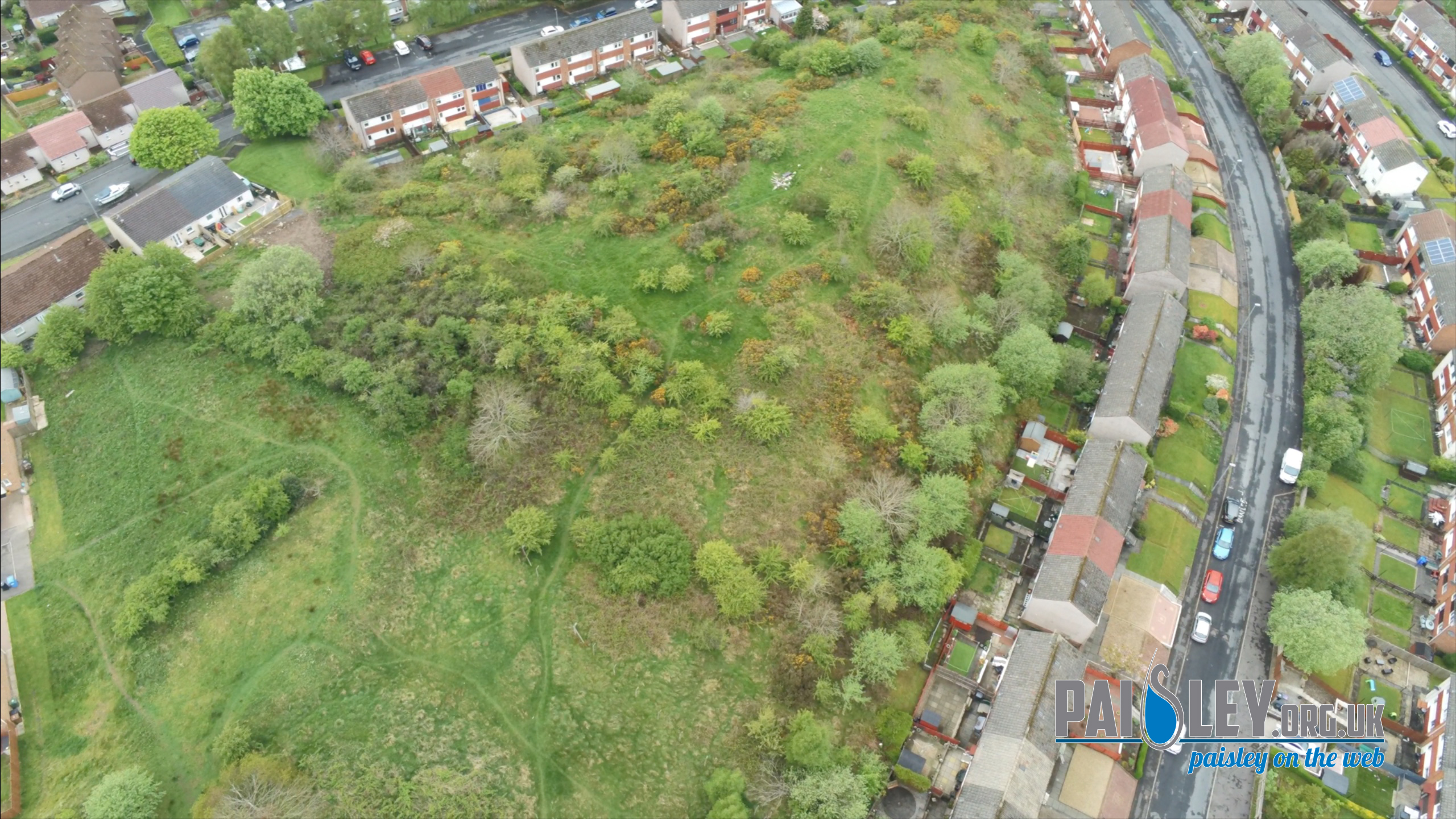 Video: (In 4K where available) Courtesy of Paisley Buddie Drones

This World War II heavy anti-aircraft battery is situated on Dykebar Hill to the rear of Glanapp Avenue.

Five earth mounds now cover the gun-emplacements and command post and part of the perimeter fence survives to mark the existence of the battery. No other remains could be seen on the date of the visit.

The battery was armed with four 3.7-inch guns.