The original Paisley Skating Club was Instituted in 1875, based at Lochfield Skating Pond, on Colinsee Road (now Lochfield Road). Many a Buddie may know the location – The Marshes, now football 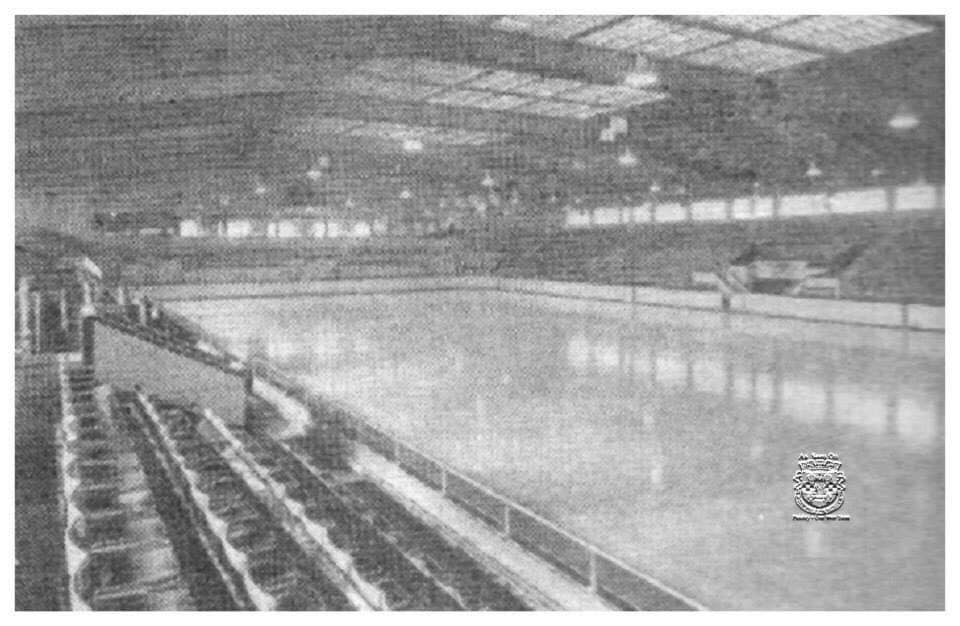 During the dark days of the 1940 “phoney war”, when rationing, gas masks and baffle walls were the order of the day, a new exiting winter sports stadium, the ice rink, first opened its doors to large crowds of people. East lane had never seen such crowds since the days when Abercorn Football Club played on the same piece of ground. 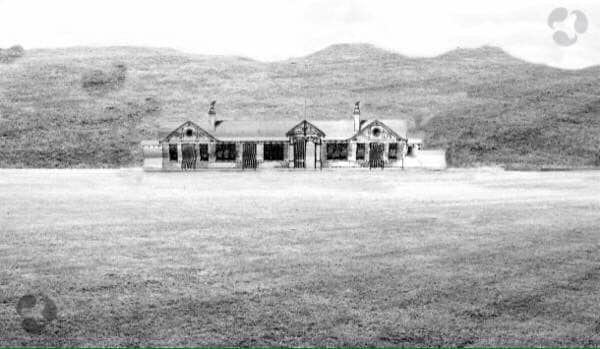 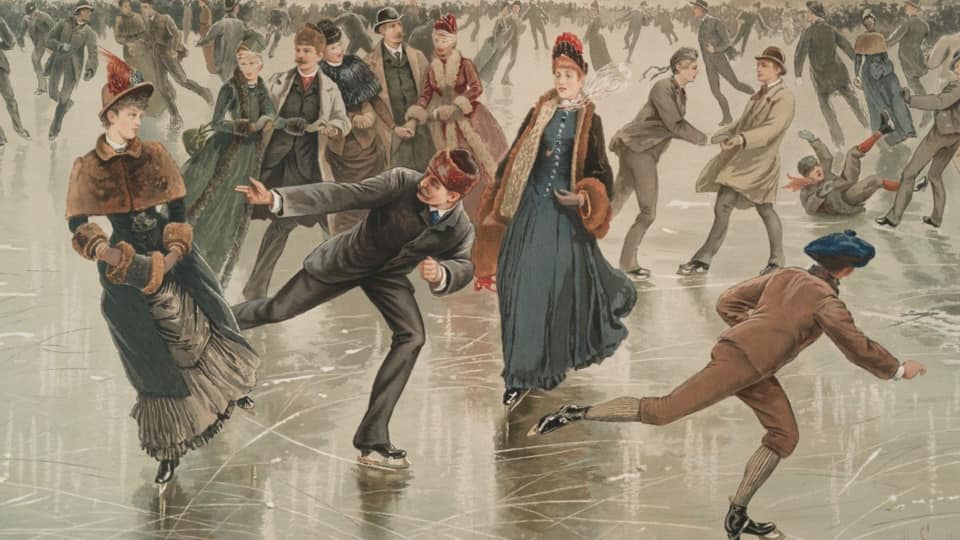 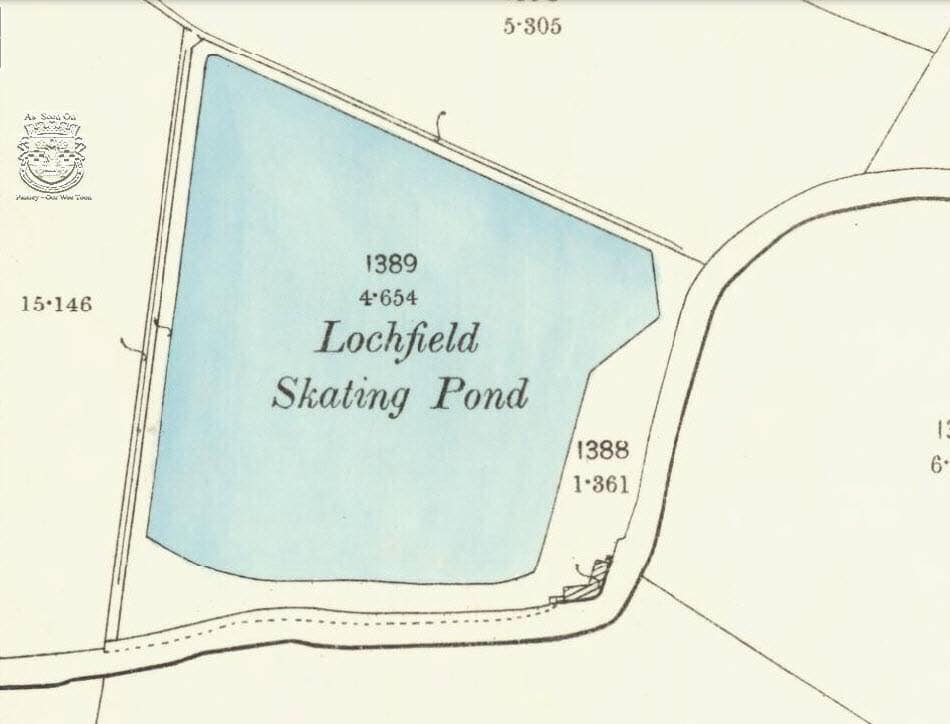 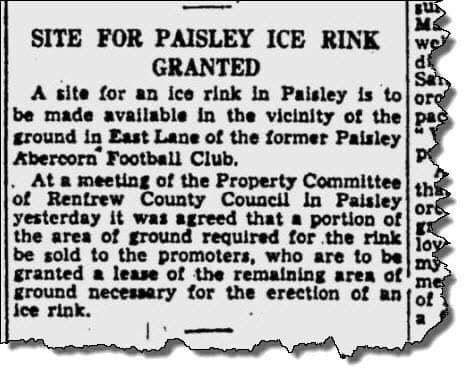 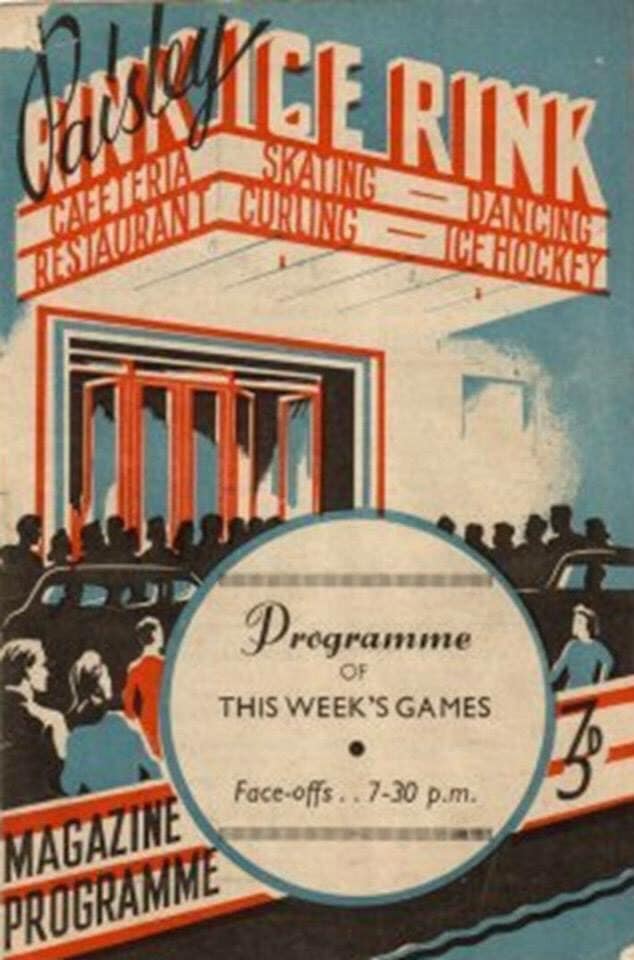 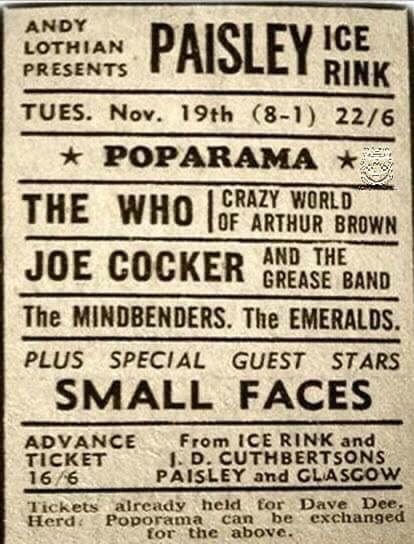 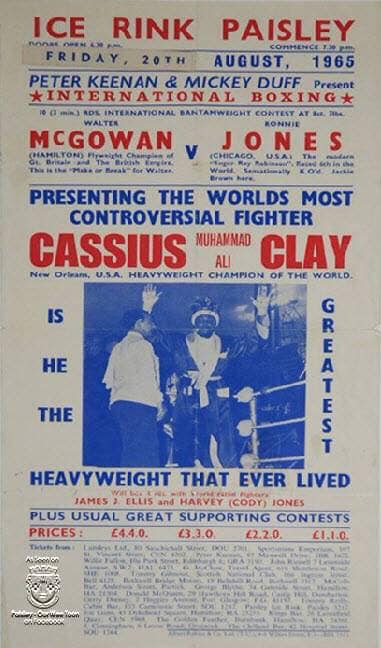 Paisley ice rink brought a fresh breath of air to the East End of the town. It was the most up to date arena in Great Britain and could boast an ice space of 20,000 sq feet, seating for 5,000 spectators, a first class restaurant, café, milk bar and a well-appointed shop. The streamlined, shell like building was large. Even the car park could provide 800 spaces. All the privately owned cars in Paisley at the time could have parked here!