The top view of New Street and High Street was taken in 1902 shortly before the buildings at this corner were taken down. 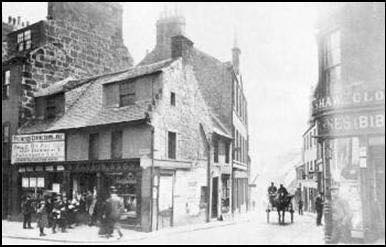 Watson’s the butcher shop, had quite a long history on the site, and after the demolition of this old cottage, they employed a well known local architect of the Art Nouveau tradition. He erected a fantasy building of turrets and Tudor style beams set into white plaster. Unfortunately this little architectural gem had but a short lifespan, being demolished some five years later as part of a road widening and rebuilding scheme. 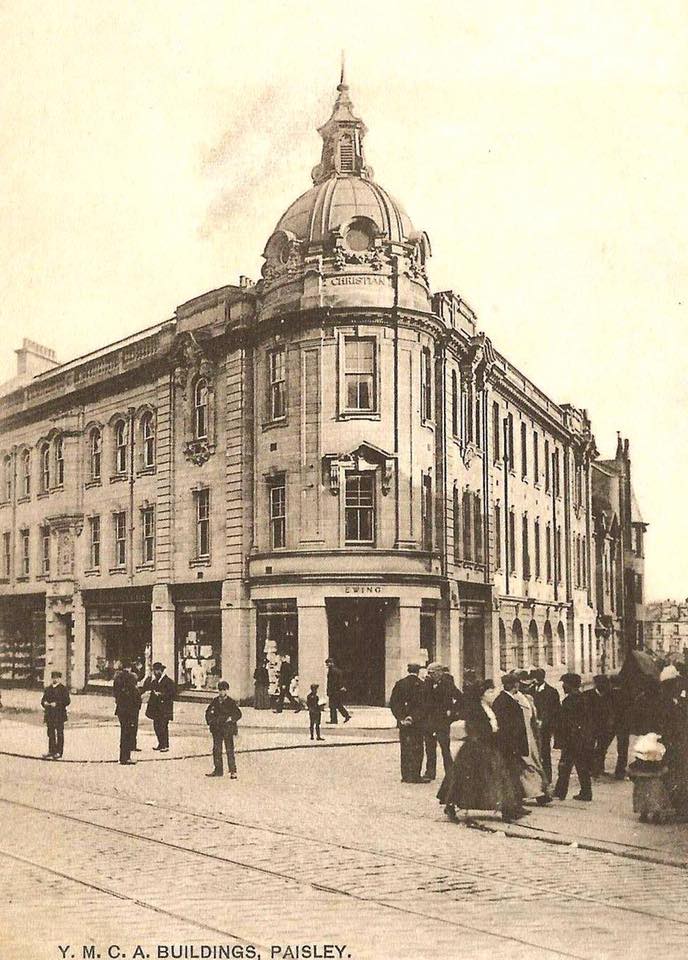 Watson’s however, remained on the same site taking one of the shop units below the new YMCA. Watsons has now closed and are now confined to the history books.
Pictures and text from The Only Way Is Paisley