Little did Archibald Bell know that when he started a small dye works in Paisley in 1838, that it would grow into a huge national firm. 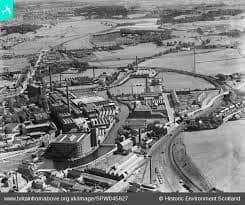 By the time the company was 100 years old, they had moved their Paisley operation into larger premises in Hawkhead Road, in order to accommodate an upturn in orders and a staff of more than 500.

Mr Bell opened his first firm, Bladda Dyeworks, in Paisley’s Bridge Street with just a handful of staff.
He had selected the site due to its close proximity with the River Cart, which was of renowned quality water and which had already attracted several industries to the town. 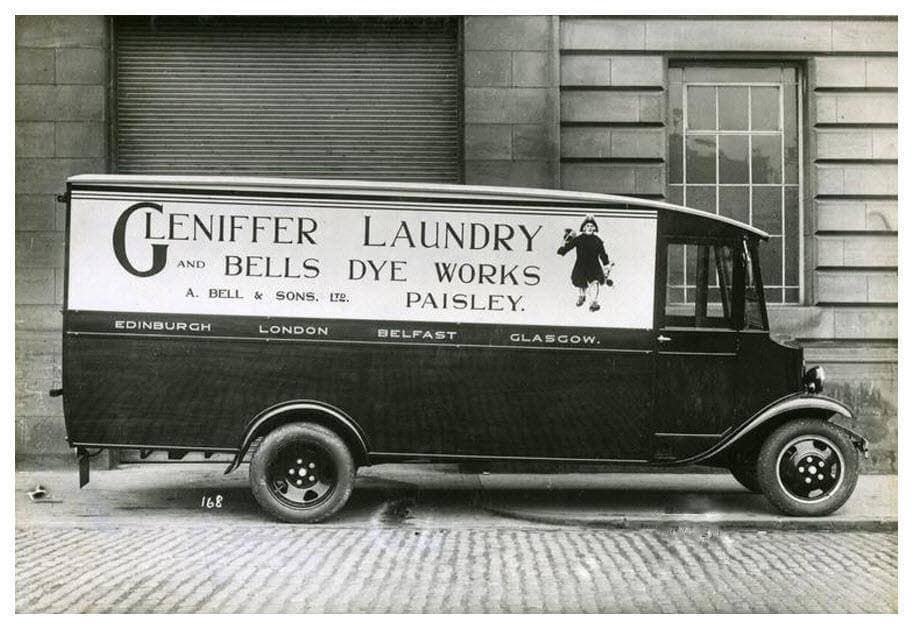 The business progressed until 1869 when it was deemed necessary to build new premises, and the Stanely Dyeworks were erected on the banks of the Paisley & Glasgow Canal. 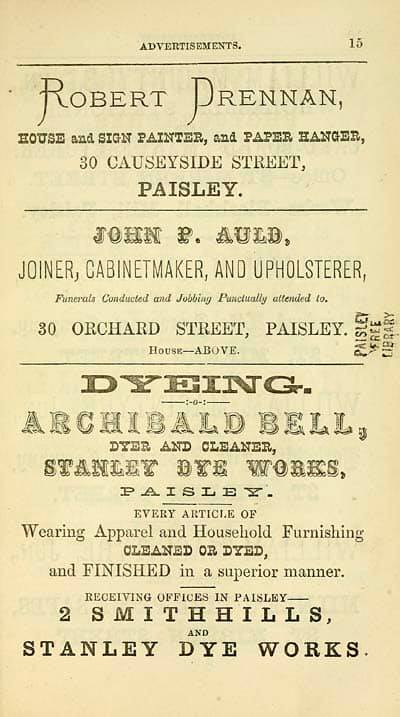 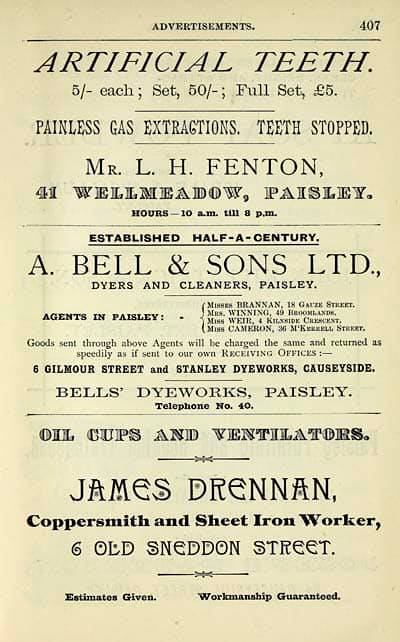 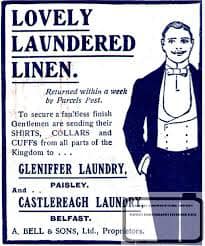 The company was ripe for expansion and French polishing was soon introduced, quickly followed by a laundry wing.

In 1885, the company’s first exclusive laundry was built at Charleston and was one of the first steam laundries in the west of Scotland.

It was then time for the company to spread its wings and premises were opened in Castlereagh, Belfast, in 1895, followed in 1903 by the Pentland Laundry in Edinburgh.

Eight years later, Bell opened the Gleniffer Laundry in Catford, London.
When the capital works were started, the area was undeveloped, but on adjoining lands was another famous Paisley firm, Robertson’s Golden Shred Marmalade.

But business was booming back home in Paisley, which necessitated change, and the new premises at Hawkhead Road were inaugurated.

Built on a site eight acres in size, and on the location of the former Doulton’s factory, A. Bell & Sons Limited was hailed for its bright facade and also its ‘plush’ interior, which included a hall capable of seating 350 people, and regularly used for staff functions.

There were also a number of canteens – all of which were equipped with the modern wireless.

A workers memory
I worked in the Laundry but by that time it was Initial Service’s 1978 to 1984. By then it was run down & conditions were disgusting & was shutting down. Everyone got made redundant. Shut all together the end of 1985. One thing I can say was I had a mucky job but I laughed the whole time… MEMORIES