Andrew Picken, Scottish author, grandson of James Picken, a clothier of Paisley, was born there in 1788.
After leaving school he was a clerk, successively, in a manufactory in Causeyside Street, Paisley, in a Dublin brewery, and in a dye-work at Pollokshaws, Glasgow. Then he was for a time a representative of a Glasgow mercantile firm in the West Indies. 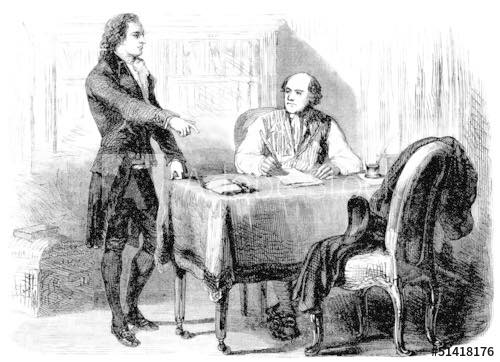 On returning to Scotland he married Janet Coxon, daughter of an Edinburgh bookseller, and, after attempting literary work in Glasgow, settled in Liverpool as a bookseller. Disappointed in this venture, he went to London, where he speedily became popular as a man of letters, associating with Godwin, Wentworth Dilke, Barry Cornwall, and others, and regularly attending the literary conversaziones of the painters Pickersgill and John Martin.

The constant strain of authorship gradually told upon his health, and his last work, devoted to the histories of old families, seemed specially to exhaust him. He died of apoplexy on 23 Nov. 1833.

So what exactly did Andrew Picken write.

In 1824 Picken, as ‘Christopher Keelivine,’ published in one volume ‘Tales and Sketches of the West of Scotland,’ some satiric hits in which are believed to have contributed to his departure from Glasgow.

‘Mary Ogilvie,’ one of the stories in the volume, went through several editions, of which the sixth (London, 8vo [1840]) was illustrated by R. Cruikshank.

In 1829 Picken’s ‘Sectarian,’ a novel in three volumes, powerfully depicted a mind ruined by religious fanaticism, and roused a certain prejudice against the writer (Athenæum, 30 Nov. 1833).

‘The Dominie’s Legacy,’ 1830, is another novel in three volumes, drawing largely on the author’s knowledge of Paisley characters and his own experience.
This work fairly established Picken’s popularity. His ‘Travels and Researches of Eminent English Missionaries,’ 1 vol., 1831, speedily ran through two large editions. In the same year he edited, in three volumes, ‘The Club Book,’ containing tales and sketches by G. P. R. James, Galt, Tyrone Power, Jerdan, Hogg, Allan Cunningham, D. M. Moir (Delta), Leitch Ritchie, and himself.
Two of his own contributions—‘The Three Kearneys,’ a vigorous Irish story, and ‘The Deerstalker’—were instantly popular, the latter being dramatised and successfully played at the Queen’s Theatre, London.

In 1832, taking advantage of the current emigration craze, Picken published ‘The Canadas,’ for which John Galt supplied materials. ‘Waltham,’ a novel, was followed in 1833 by ‘Traditionary Stories of Old Families and Legendary Illustrations of Family History,’ with historical and biographical notes, in two volumes, which cover much ground, without nearly exhausting the author’s scheme.

‘The Black Watch,’ a posthumous three-volume novel, in which the battle of Fontenoy forms an incident, Picken himself considered his best work.
He left a manuscript ‘Life of John Wesley’ and miscellaneous notes entitled ‘Experience of Life,’ which have not been published.

Where Picken is strongest is in his delineation of Paisley life and character, and the books thus charged with his own knowledge and opinions continue to be readable. Of his four sons Andrew (1815–1845) is separately noticed.

The Gentleman’s Magazine was a monthly magazine published in London in the 18th, 19th, and early 20th century.