A ‘then and now’ view of George Street at the Castle Street junction shortly before the demolition of the north side of the street between 1959-1964. 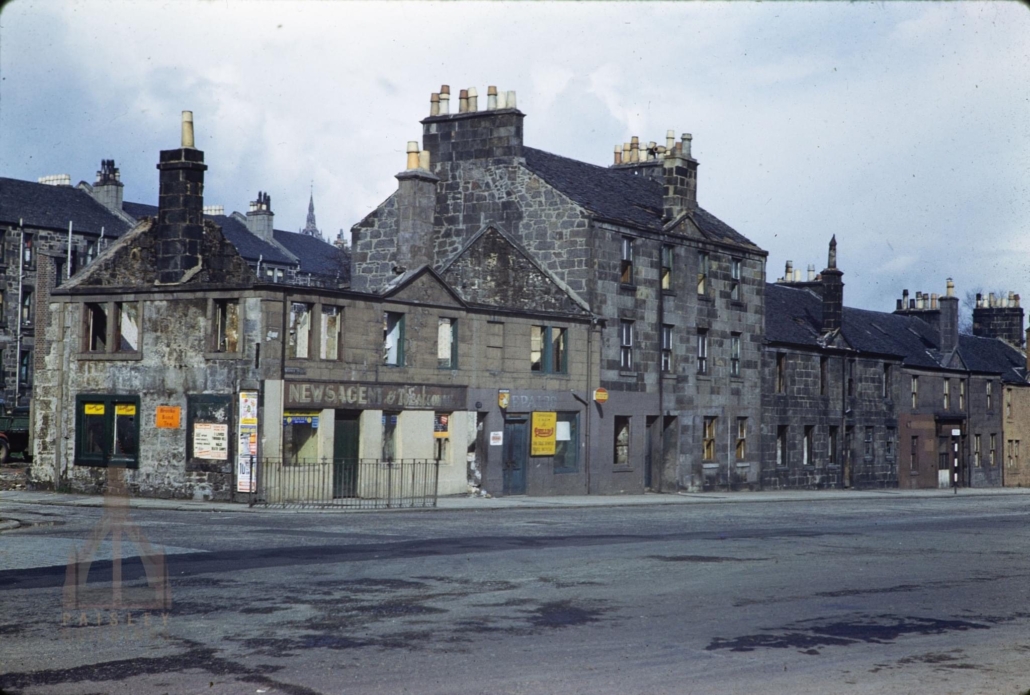 The building on the corner is typical of the style of buildings that once ran the full length of George Street and Canal Street, built in the early part of the 19th century.

The area was completely transformed during the 1950s and 60s ‘slum clearances’, replaced by modern living accommodation. Courtesy of Paisley Buildings