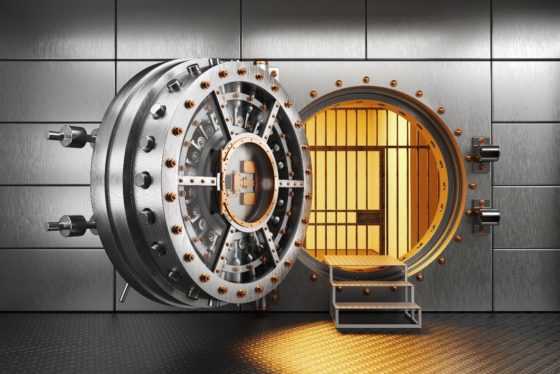 Have you ever seen a film or television show and watched a character crack a safe with ease and wondered how they did it? How about trying your hand at cracking online codes within the casino Slots instead? Whether you’ve dreamed of learning how to crack safes, but would never actually compromise your morals to do so, or if you’ve wondered what you’d do if you ever robbed a bank, then we’ve found a game for you to try your hand at just that!

No need to adorn a black and white striped top or bring a potato sack styled bag, simply read on to discover a virtual heist worth taking part in.

Step inside a vault filled with cash and precious jewels, with bank blueprints hidden behind five reels, three rows and ten paylines. As a bluesy soundtrack plays in the distance, reminiscent of those old robbery movies, it’s your job to spin the reels and open as many safes as you can in order to pull off the heist of the year in Vault Cracker.

With a cartoon-feel graphic, get the reels spinning from just 0.10 coins per spin, where you must leave it down to Lady Luck to spin in three or more matching symbols to help crack the vault open and get your hands on all its treasures. There’s also a setting option, where you can set your limits, so you don’t spend any more than you can afford to lose, simply select your win and loss limits.

Symbol matches will need to be won from left to right of the reels, with the first symbol of the combination within reel one. The symbols within the base game include items such as a piggy bank full to the brim with coins, jewellery, bags of cash, a fake gun and playing card symbols 10-A. Within the reels you may also come across the Heist Master and Hold Up Artist symbols – spin these into play to unlock some bonus features.

As mentioned before, to add more excitement and anticipation to the heist, there are some extra game features waiting for you to unlock within gameplay; Heist Master, Diamond Multiplier, Second Chance and Hold Up Artist.

When activated, you’ll unlock a different set of reels made of blanks and safe symbols. You will also be awarded a respin to play these reels. When spun, if a safe symbol lands, you’ll be awarded another respin and the contents of the safe. The respins will keep being awarded when safes are spun into play, when no more safes are rolled in, all collected safes will be added up together and awarded to you.

There are three types of safes up for grabs within this round;

When you run out of respins within the Heist Master feature, you’ll be offered the chance to earn some more. A wheel and a moving pointer will present itself to you, when the pointer stops spinning, if it lands within the green zone, you’ll be awarded a respin to play another round of Heist Master, if it lands on red, you’ll head back to the base game.

Think you’ve got what it takes to crack open the vault and steal the contents inside? There’s only one way to find out!

Paisley 10k and Fun Run is back and you can sign up now!
Scroll to top