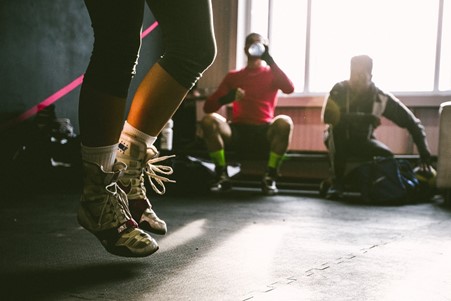 It’s easy to think that, as long as you’re physically able to do so, there would be nothing wrong with exercising and taking regular medication. Sure, some say you shouldn’t operate heavy machinery, but how often have you picked up a prescription and the pharmacists or doctors have told you not to exercise? Still, that doesn’t mean you must glue yourself to the sofa – it refers to strenuous exercise that could interfere with the side-effects of a regular prescription.

The UK government released a report in 2020 that 7.3 million people are taking regular antidepressants – not all of them will be selective serotonin reuptake inhibitors (SSRIs), but the vast majority will be. They essentially work by increasing the levels of serotonin in the brain – what some call the happy chemical.

Medications like Sertraline, Fluoxetine, and Citalopram are among the most commonly dispensed antidepressants that are also, sadly, linked to weight gain. Other side effects include dizziness, drowsiness, and sickness. However, experts do recommend you continue regular but light exercise.

Starting SSRIs can be daunting and confusing. If you want to know more about the risks and limitations to exercise or have a question about SSRIs, you should consult with your doctor.

Histamines like diphenhydramine and hydroxyzine – two common antihistamines that cause drowsiness – cross something called the blood-brain barrier, which causes drowsiness along with memory impairment and coordination. For that reason, antihistamines are a no-go.

Muscle relaxants are commonly prescribed for muscle spasms, muscle spasticity and short-term pain. They’re typically only prescribed for short-term uses – however, some patients find themselves on them for months. Examples of prescriptions include Baclofen, Methocarbamol and Carisoprodol. They work by inhibiting nerve signals in the central nervous system and spinal cord to break the muscle stiffness/spasticity cycle.

The downside to muscle relaxants is that they’re known to cause a dry mouth, blurred vision, and sometimes dizziness – not ideal if you’re in the middle of a workout. You might want to try taking your muscle relaxants at night and working out the next day before your next dose.

It might sound a little obvious but exercising on sleeping pills won’t be easy. In 2019, Public Health England released a report that showed 2.4 million people have an active sleeping pill prescription – meaning they top it up when they run out. Taking home a regular sleeping prescription is linked to depression, insomnia (go figure), addiction, dizziness, appetite loss, the list could go on.

Always err on the side of caution when taking medicine that aids sleep. Melatonin, Promethazine and zolpidem do have short term benefits if you’re desperate for your eight hours of sleep a day – and are particularly useful if you’re suffering from jet lag.

As always, it’s essential to always take professional advice, even if you’re treating a short-term case of jet lag; you might want to book a consultation with a GMC registered doctor, so you know that you can trust their advice. The online GP consultation service Anytime Doctor, for instance, offers a trustworthy alternative to waiting weeks for an appointment with your GP, without sacrificing on the level of advice and care you receive.

As for exercise, it’s almost obvious that a sleeping pill that causes drowsiness won’t mix well with workouts.

Statin – also known as HMG-CoA reductase inhibitors in the medical world – is a drug used to lower lipids to reduce illness and mortality rates in people who have or are at high risk of developing cardiovascular disease. In the UK, approximately 7.6 million people live with a heart or circulatory disease – a number growing year on year, according to the British Heart Foundation.

Statins are regularly prescribed to help lower low-density lipoprotein cholesterol in the blood by blocking receptors in the brain that instruct the liver to produce said lipoprotein cholesterol. Atorvastatin, Lovastatin and Pitavastatin are all examples of statins. The downside to them is that they cause headaches, dizziness, and drowsiness. Plus, statins can increase the prevalence of exercise-related muscle complaints – so it’s worth avoiding strenuous exercise if you’re taking a variation of Statin.

Other medications don’t mix well with exercise – the above are the most common. If exercise is a big part of your life, always consult a doctor or pharmacist for advice before starting a new prescription. But remember, light exercises like walking or even yoga might be preferable as there’s less strain on your body.

Glasgow News? Daily Updates part of our network
3 Things to Know about Fostering

What Are Bitcoins?
Scroll to top