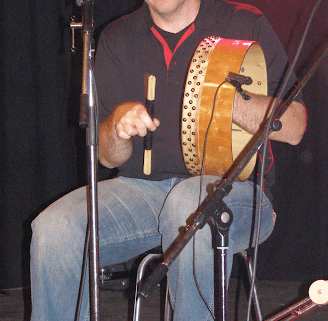 Hand drums, in all their variety, keep gaining popularity nowadays. Their sound is distinct, they are easy to carry and play, and almost everyone is unique. Have you ever thought about mastering a hand played drum? If so, here are the basics of choosing one and learning to play it.

Types of hand drums are diverse. The only thing they have in common is the fact that it can be played with bare hands, not using sticks, mallets, or other accessories. Given how simple the idea is, no wonder many nations of the world have developed their own types of hand drums. To name but a few, there are:

This list is not definitive. You can find other hand drums you may also like. But when it comes to choosing, you need to answer some questions to yourself.

How to Hold the Drum

It depends on the type of drum you use. Smaller ones may be placed on your lap. Bigger djembes or darbukas are better placed between your legs, with the head up, so you can easily reach it with your hands. As for a cajon, it’s okay to sit on it (they are durable and sturdy enough for that), so you can reach its sides as well as its front head. Still, you can position it in front of you and have the same effect. With a bodhrán, you hold it with one hand perpendicular to your body, so your other hand (the playing one) can easily reach it, no matter if you’re sitting or standing.

In short, there is no versatile recipe. Each type of drum has its placing tradition, which can vary, depending on the drum size. In addition, you can as well develop your own style. But don’t hurry with it until you have mastered (or at least tried) the most popular existing styles. Along with making great sounds, they have proven to cause less harm to the players’ hands.

The basics of playing may be understood intuitively. Still, there are some things you need to know before you start. Let’s start with a djembe, though the principles apply to any hand drum:

The effects may differ depending on the drums. You have probably noticed that when you play the bodhrán, a hand moving up produces a higher sound than the same palm moving down the head.

Combine using various parts of your hand: the full palm, fingertips (together or separately), the heel of the palm, and so on, in various combinations. Watch videos: they show you how gestures and moves result in sounds.

It may seem a strange question, as we’re talking hand drums — so what’s there to add? But don’t rush. Mallets, sticks, or other implements may diversify your manner of playing, enriching it with softer or harder sounds. If you play for long, switching to these can spare your hands from getting tired or damaged. The best way to choose is to hear the way it sounds and looks with various accessories.

Hand drums are extremely popular. No matter if you choose a Celtic hand drum or something hot and exotic, there are lots of manuals and great examples from masters. All you have to do is follow it carefully and then find your style.

Comparisons Of Treadmill To Running Outside 
Scroll to top