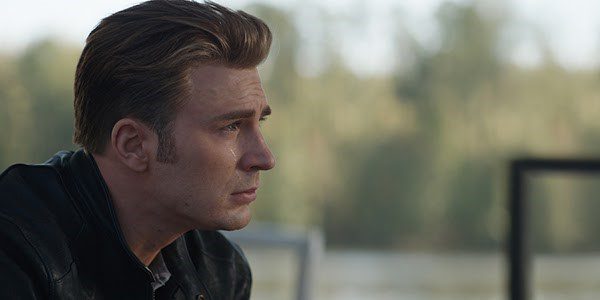 While the Marvel Universe is known for its fun moments that make one keep coming back for more, it also had some share of tearful moments.

Marvel would not mean much if there were not those moments that made fans get emotionally touched. Perhaps, a movie that seems to have some humanistic characters draws one to relate to the characters’ sad moments. The message here is that despite the super heroism, there is also the fact that marvel characters make people grieve, cry, and feel depressed, and this brings a great emotional connection.

But don’t you think there is a feeling that comes with such a kind of cry?

Even the toughest fan would be smeared up with grief from broken relationships to missed opportunities and many deaths in battle.

There are emotional MCU moments that will make you shed tears. If you have been watching MCU movies in order, you may give these moments a more emotional weight.

Behold, here are the five emotional moments that I feel stand out among the many tear-breaking moments in MCU so far.

Bucky (Sebastian Stan) was a member of Howling Commandos that was active in WW11. He was a close friend to Steve Rogers. His death was assumed after he fell off Zola’s Train and this was a real loss to Christ Evans.

However, he was able to survive the fall with the help of Zola’s exploration. Unfortunately, HYDRA led to his brainwashing; this made him become a ruthless killer, which earned him the title Winter Soldier.

The HYDRA conditioning was a trauma by itself, considering that he was a trained member in the Howling Commandos. He forgot everything he had gained.

Even though Wakanda seemed to give him hope, this was short-lived. It is a bad reflection of what Wakanda meant to him. The Infinity War took all his powers and later led to his death, and could only be seen in the Endgame after his return.

Bucky’s story only portrayed oppression. The end was full of frustrations; Steve Roger’s great friend was no longer to participate in the MCU due to the death in his future.

It’s all about love, sacrifice, and protection. Vision had an Infinity Stone stuck on his head, and Thanos dearly wanted it.

What would happen if Thanos went for the stone?

The love between Vision and Wanda seemed to be a great contributor to Avengers: Infinity War’s success or failure.

It was so sad when Vision told Wanda to destroy the stone, knowing very well that it would lead to his death. Though Wanda refused, Vision pleaded with her, but Wanda could not hide her tears as she unleashed the energy beam to destroy the stone. When doing so, she whispered, “It’s all right, I love you.”

It’s so sad to see Wanda being killed by his lover. And when she struggles to unleash the beam, Vision makes it easy for her. It’s an unbearable scene especially when it is revealed that it was not worth it.

This was one of the tear-jerking scenes that reminds me of Marvel movies.

Steve Rogers and Tony Stark were co-workers and later became great friends. But what happened towards the end of Captain America: Civil War would leave anyone in tears.

What could have led to the cracks in their bond?

Towards the film’s end, a disagreement arose that made them break into a fight which left Tony in a compromising situation. When Tony learns that Bucky was connected to the death of his parents, it was clear that Tony felt hurt and deceived.

Steve was to keep this a secret to protect Bucky. But this never ended well. The fight between the two great friends was so disheartening, as they fought each other up mercilessly.

Peter was just a kid when he started gaining his spider-like abilities. He tried to prove his abilities, and to some point, he encountered Vulture’s illegal acts in the black market. Peter decided to go after Vulture, but little did he know this would eventually lead to a mess.

In Peter’s attempts to rob Vulture, Vulture took off and flew over the warehouse, causing it to collapse. Peter woke up screaming and injured; this cry was enough to jerk your tears too. It was so heartbreaking to imagine that no one would hear Peter cry in agony.

It’s one of the tear-jerker scenes in Guardians of the Galaxy Vol.2.

When Ego visits Meredith, he is said to have planted a tumor in Peter’s mother, and the idea was to stop her from distracting him from his goal of taking over the universe. In the 1st Guardian of the Galaxy, it was believed that Peter’s mother died of cancer. Peter was to be taken to his father Ego, who was the Living Planet.

The truth came about when Ego told Peter how his mother died, that the Living Planet had put a tumor in his mother’s brains so that she would not stay on Earth.

Peter was not happy, and he opened fire on Ego. However, Ego was Celestial and firing on him would not have any effect; it only stirred up the final battle.

Glasgow News? Daily Updates part of our network
Its High Time To Tackle Geo-Piracy On Netflix UK And Appreciate The Creator...