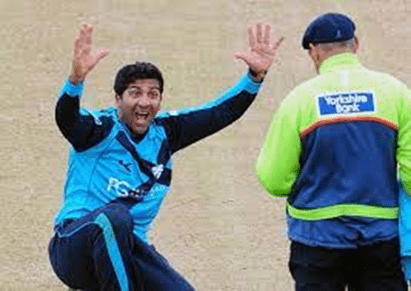 As the home of St. Mirren Football Club who have spent 13 of the last 16 seasons in the Scottish Premiership, as well as a revived and on-the-up basketball team and a hockey club with a hugely successful mens’, womens’ and junior setup, it is fair to say that Paisley possesses a thriving sporting community – one which has helped to put the town on the map and boost our profile far more broadly than just simply with the rest of Scotland.

The wider region and the town itself is already famous for some of our exports in the world of stage and screen – from Gerry Rafferty through Gerard Butler to Paolo Nutini but with sport playing such a crucial role in the area, and with the increasing improvement and relative success of Scotland’s national football and rugby union teams over the past two years, there is ample opportunity for fans look for the best sports bonuses to back Paisley’s sporting heroes and their teams. Many bonuses offer first time deposit match up to $500. So make sure to follow our hometown athletes and their teams’ quest for glory on the biggest stages in the world.

The Aston Villa and Scotland international midfielder has been thrust into the worldwide spotlight over the last two years, playing a crucial role in his club team’s rise in the English Premier League and also for the national team, who have a real opportunity to qualify for their first World Cup in a quarter of a century – having already featured in this summer’s European Championships – amazingly also a quarter of a century since their previous appearance in that competition! Aston Villa will face Brighton coming up in a match that will surly have a lot of eyes watching. Some of the odds on this game have Villa winning means +140 to the bettor, +225 for a draw, and +195 for Brighton win.

Somewhat of a rogue entry onto this list, having actually been born in Glasgow, but it was in the Ralston academy setup of St. Mirren where he built the foundations for the current success he is enjoying at the top level. Starting out at Paisley’s premier sports team as a youngster he broke into the firs team in 2012 at the age of 18 and went on to make 87 appearances before earning follow-up transfers to Hibernian and then Aston Villa.

With McGinn excelling from an attacking central midfield role in a national team with a strong mix of experienced and young talent it is doubtful that Scotland will be waiting a further 25 years for any other major tournament qualification.

Like McGinn above, the former British number one women’s tennis player was also a Paisley import before becoming a Paisley export. Born in Kiev, Ukraine in 1993 Baltacha moved to the UK with her professional football father’s transfer to English team Ipswich Town when she was six years old. It was her father’s subsequent moves to a number of Scottish football clubs that saw her settle and grow up in Paisley, attending Castlehead High School in her teenage years before going on to such success in tennis which included clinching 11 ITF titles in her career.

Interestingly her brother Sergei played professional football for St Mirren and even represented Scotland’s Under 21 team on three occasions. Elena sadly passed away in 2014 at the age of 30, following a long battle with illness.

Another Castlehead High School alumni is former Scotland international cricketer Haq, a genuine bona fide Paisley export having been born and raised in the town and attending Todholm Nursery and South Primary School before furthering his education beyond Castlehead with Reid Kerr College and then later in life at the University of the West of Scotland where he earned an honours degree in Accountancy.

But it is in the sporting world where he has represented the town of Paisley with absolute acclaim, ranking as the second-highest wicket-taker in Scotland history (60 in 54 matches between 2006 and 2015) and in 2014 became Scotland’s most-capped One Day player ever, becoming only the second player to pass 200 overall appearances for the country in all cricket formats. Although never quite making the move into county cricket south of the border, his contribution throughout the Saltires junior and senior setup is legendary and a real credit to our town.

Haq is now putting his degree to good use as an accountant.

Former field hockey star “ Kaz” Cuthbert represented the country 163 times at the highest level in an international career that spanned a decade prior to her retirement last year. She competed in two prestigious Commonwealth Games competitions – 2010 and 2018 – as well as three European Championships and two EuroLeague Championships II competitions, the first of which in 2011 garnered a gold medal and with it promotion to the top tier.

Cuthbert nicely bookended her playing career with a second EuroLeague Championships II gold in 2019, captaining the team to promotion back to the top division in front of a sell-out crowd in Glasgow. It was the perfect way to finish a highly successful time on the field. Since retirement she has now made the switch to the boardroom as Vice President of Scottish Hockey.

Our final entry is perhaps the most famous of all the sporting sons and daughters to hail from Paisley. Gemmill is a true Scottish football legend and has even been immortalised in film. The jinking midfield maestro won 43 caps for the national team, scoring eight goals, and captained the side on 22 occasions. He is most famously remembered for scoring a stunning solo goal against the Netherlands in the group state of the 1978 World Cup – his only World Cup finals – which, at the time it struck the net looked set to earn his side a shock progression to the next stage of the competition until the opposition pulled back a consolation goal that would prove costly for Scotland who missed out on goal difference.

The goal is often cited as one of the greatest ever in World Cup history and earned Gemmill a hero’s reception all across the nation, but especially here in his hometown. Starting his career here with St. Mirren, Gemmill went on to make almost 700 professional appearances – mostly south of the border – and mostly under the charge of legendary Brian Clough at Derby County, where he won two league titles, and Nottingham Forest where he won a further title plus the European Cup in 1979 albeit having been surprisingly dropped for the final.

So there you have it, a brief look at just a small selection of some of the biggest sporting names to come out of Paisley, proving the town to be a hotbed of athletic talent that continues to this day and beyond.

 Comparison: Purchased LoL Account vs Fresh One
Scroll to top