Are you thinking of taking a trip to the beautiful country of Scotland? Perhaps you are enamored with the famous Scottish accent and slang. The Scots dialect is a fascinating branch of English and can be unintelligible to the inexperienced. You’re not going to hear anyone saying ‘Och aye the noo’, so let’s teach you some slang you might hear and use when stepping into Scotland. 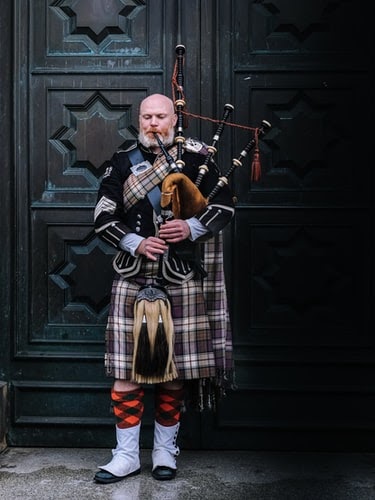 Learn these to avoid being offended.

There are a few terms of endearment which to the Scots are harmless and friendly, but to the outsider, could be taken the wrong way. If you learn these few words, you might avoid some awkward situations.

Hen – A common term to address a female, unique to Scotland and widely used by males and females. If a Scot calls you Hen, they are not comparing you to poultry but addressing you in a polite and jovial manner.

Bonnie Lass – Much like hen, this is a term of endearment and is usually reserved for pretty or kind younger females. If a gentleman uses this about you, he’s paying you a compliment, not hitting on you.

Bawbag – ‘Scrotum’ a term used between close friends, for example ‘Awright a wee bawbag’ is a greeting you may hear, and although they are referencing to you as a scrotum, they would only call you that if they consider you a good pal.

Ok, maybe they are insulting you a little bit

We’re all prone to a little bit of clumsiness or stupidity from time to time, and the Scots have a few words to let you know when you’re being a bit of a dummy. Don’t worry, these aren’t big insults, just light knocks, so don’t hesitate to use them on your Scottish friends.

Div or Dafty – Some fairly inoffensive and common terms. Don’t be surprised to hear them bandied about often

Numpty or Nugget – Taking it up a notch and calling someone out for their foolishness.

Eejit – A classic Scots term meaning idiot. You may hear this quite often when people talk about someone. Usually, it’s not too serious but you are calling someone an idiot if you direct it at them.

Feartie – Now your bravery or confidence is being questioned. Feartie is someone who is afraid, you might hear this when your friends are trying to persuade you to do something. ‘Ah dinnie be a big feartie’ akin to ‘Don’t be a scardie cat’

A Few Nasty Adjectives For Your Scots Vocabulary

Boggin – Very smelly or dirty. Usually used for objects, not people. Ach! Yer shoes are boggin’ translates to ‘Oh, your shoes are quite smelly’.

Howlin’ – A more extreme version of ‘boggin’, can be directed at people….carefully.

Scabby – Dirty. ‘He’s a scabby so and so’ meaning ‘ he is a dirty individual’

Naff – Used when something is boring or rubbish.

If you would like to insult someone, or you are just keen to learn the more colorful insults and language, you can look up some Scottish insults to impress your friends. There are unique ones to different regions, with Glasgow and Paisley having their own slang terms. But be careful where and when you use them, it could be fighting talk in some places.

Common Colloquialisms You Should Learn

Aye – ‘Yes’. You will rarely hear the Scots use the word yes. Ayre, pronounced ‘Eye’ is far more common.

Wee – ‘Little’. One of the most likely words you will pick up. You will probably keep using this after you leave Scotland.

Blether – ‘Ramble or Chat too much’. If someone tells you to ‘Quit Bletherin’, you may be talking too much.

Dae & Dinnae – ‘Do & Don’t’, some essential Scots you should learn, you don’t want to get these confused.

Peely-walley – Pale or unwell. If someone says that you’re looking ‘Peely-wally’ it means you look a bit under the weather, or maybe you had a few too many whiskeys the night before.

Tattie – ‘Potato’, chances are you will be eating a lot of tatties. Look out for tattie scones, a tasty side for your Scottish breakfast.

Bairn – ‘Baby’, used to refer to babies, not used as an insult

If you come across other words you don’t recognize, they could be British colloquialisms used around the UK. You can click here to find more British and world slang for your travels. In this way, more Brits will accept you as their own.

Scotland is famous for its pubs and whiskeys and the Scots love a ‘Wee swally’ or little drink. Here are a few terms you should know if you’re going to have a ‘Ncht oot’.

Slàinte Mhath – ‘Cheers’ Pronounced Slanj-a-va, coming from Scots Gaelic meaning ‘Good Health’ You are far more likely to hear this than cheers when raising a glass to toast.

Dram – Meaning ‘A small measure of whiskey’, if someone offers you a ‘dram’ you can expect a single whiskey.

Guttered, Mad Wae it – ‘Drunk’, For a country that loves its drink, naturally there would be a few terms for intoxicated. 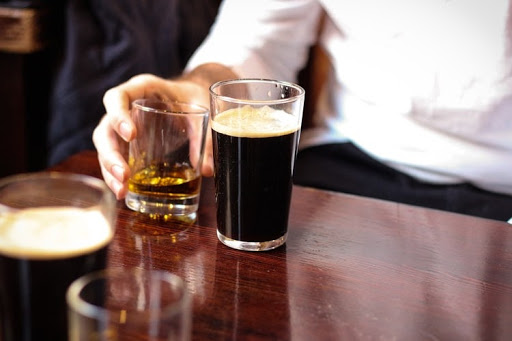 There are a few last Scottish sayings you may hear or want to use. If you can master some of these, you’re sure to impress the locals and make a few friends.

It’s a dreich day – If the weather is miserable, as it often is in Scotland, you may want to use this saying to express your dismay.

Haud yer weesht – A rather impolite way to see ‘Be quiet’

Gonny no dae that – ‘Please don’t do that’

Haste ye back – A farewell meaning ‘Come back soon’

It’s a sair ficht for half o loaf –  It’s a hard fight for half a loaf of bread’ meaning life is difficult.

These slang words and saying will help you get by on your trip to Scotland, and may even win you over with locals and earn you a few drams. Scotland is a pure dead brilliant place to visit, knowing the lingo will make it even better.

Glasgow News? Daily Updates part of our network
How to Prepare Your RV for Your Next Camping Trip

How to Keep Your Employees Safe: 6 Must-Read Tips
Scroll to top