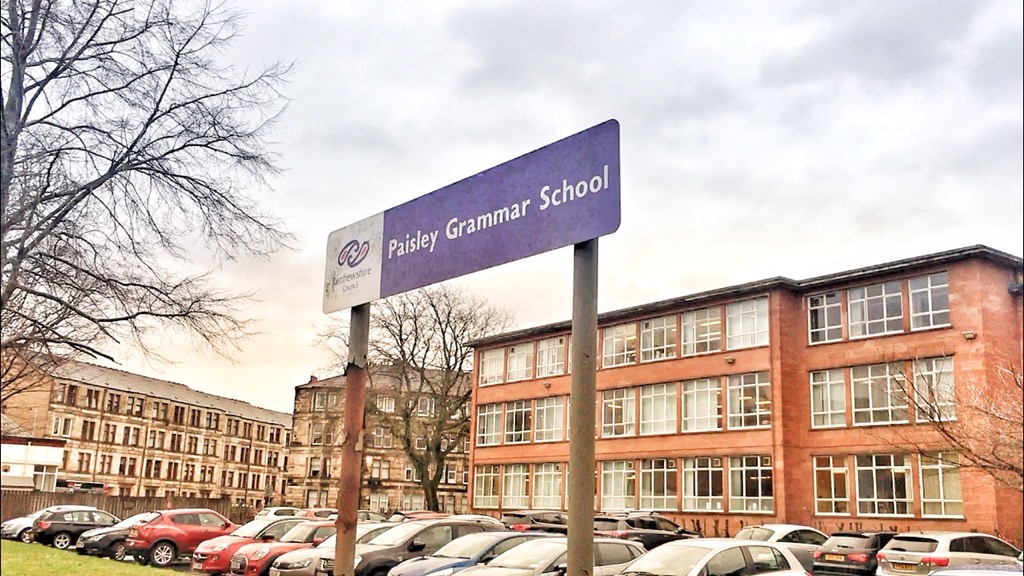 Updated plans for how residents will be able to give their views on proposals to move Paisley Grammar School to a new modern community campus have been published.

Renfrewshire Council is due to run a formal public consultation over plans to move the school from its current location to a purpose-built site on Renfrew Road.

Plans for the consultation were initially approved in March – however this was put on hold due to the coronavirus pandemic, meaning a new timeline has now had to be created.

Members of the council’s Education and Children’s Services Policy Board will be asked to approve a revised timetable and consultation process when they meet next week.

The current Paisley Grammar building has been assessed as in need of improvement, and the current site on Glasgow Road doesn’t allow any room to expand.

A new school would allow pupils and staff to move to modern accommodation, with state-of-the-art technology and high-quality sports facilities and outdoor areas not possible on the current location.

The proposed site is the soon-to-be-vacated Chivas Brothers site on Renfrew Road – the majority of which the Council is concluding the purchase of due to its strategic importance for the area’s future economic development and potential new transport links.

Siting the new school there would allow links to be built with the adjacent West College Scotland, creating the potential for new training opportunities for pupils.

If approved, the new proposals would follow a statutory process – with a formal consultation document published on Monday 31 August. Copies will be sent to relevant groups and made available to the wider public via the council’s website, along with details of how to have their say.

A public meeting would then be held at the Lagoon Leisure Centre in Paisley on 22 September – this venue has been chosen for its capacity to accommodate physical distancing.

The six-week consultation would end on 20 October, and the results submitted to Education Scotland. The final recommendation would go before councillors for their decision in the new year.

Councillor Jim Paterson, convener of the council’s Education and Children’s Services Policy Board, said: “We want to make sure all our pupils are being taught in the best possible environment.

“The current Paisley Grammar building and site have a long and proud history in the town – but that location cannot offer the quality of facility our pupils deserve and will need in future.

“The site at Renfrew Road has been earmarked as the best possible location for a new modern facility to be built – but it’s crucial we get the views of the whole school community on such a move.

“If approved by councillors, the consultation process we have outlined will give parents, pupils and the wider public the chance to have their say on how the move will affect them – and everyone’s views will be taken into account before we decide what should happen next.”