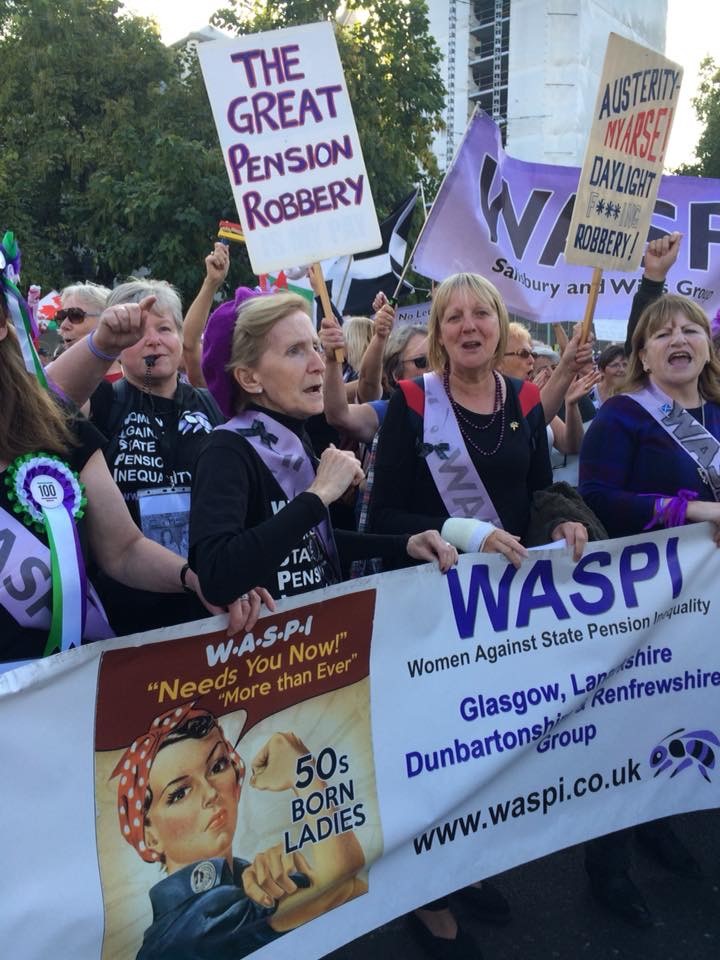 Gavin Newlands, SNP MP for Paisley and Renfrewshire North, has given his backing to an upcoming protest by the WASPI (Women Against State Pension Inequality) Campaign.

The WASPI Campaign is pushing for fair transitional state pension arrangements for all women born in the 1950s who have been affected by changes to state pension legislation.

The 1995 Conservative Government’s Pension Act included plans to increase women’s SPA (State Pension Age) to 65, the same as men’s. WASPI agrees with equalisation, but does not agree with the unfair way the changes were implemented – with little or no personal notice (1995/2011 Pension Acts), faster than promised (2011 Pension Act), and no time to make alternative plans.

Retirement plans have been shattered with devastating consequences. The campaign started with ordinary women who in 2015 got together via Facebook and decided to fight this injustice.

This translates into a ‘bridging’ pension to provide an income until State Pension Age, not means-tested, and with recompense for losses for those women who have already reached their SPA. There are no specific age groups within the period mentioned above that are favoured above others.

The WASPI demonstration is taking place on Saturday (23rd February) at 12:30pm from outside Festival Park, Govan Road and will process to the Mary Barbour Statue at Govan Cross.

Newlands is calling on all women who have been affected and anyone who wishes to show solidarity to attend the demonstration, commenting, the MP said:

“The UK Government has failed this generation of women and must now improve transitional arrangements for women born on or after 6th April 1951 who have been adversely affected by the acceleration of the increase to the state pension age.

“The SNP is clear that we support equalisation, but this has been utterly mismanaged by the UK Government. They need to admit that there are options available to them and offer proper transitional protection.

“Not informing women properly and then accelerating these changes with little notice is totally unacceptable. The women impacted by this deserve proper transitional protection and need it now. The Tories should recognise the momentum behind this campaign and provide justice for these women.”