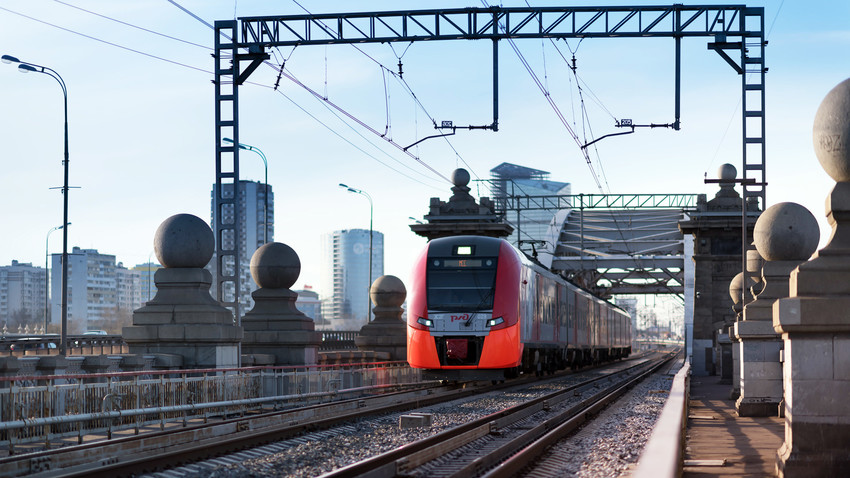 Russia is signified by perhaps two things. The birthplace of socialism and for its cold weather. This country is the perfect destination for a solo trip filled with melancholy and self discovery. And perhaps the best way to traverse this behemoth of a country all by yourself is the famous and illustrious railway system of Russian Train Tickets are easily available online.

Russian railways are famous in its myth and its stature. The Trans-Siberian train route is known for traversing some of the toughest and scariest terrain possible. For any solo travellers who are planning a trip across the length and breadth of this majestic country, the train route traversing throughout the heartland is the perfect means to an end.  Here are some of the train routes within and across Russia which can be taken for a memorable journey.

Moscow and St. Petersburg are the two main cities of Russia. The connectivity between these two cities is very important for the country. And obviously the train system plays a very important part in that connection. Moscow to St. Petersburg is an overnight trip and is dotted with innumerable trains in between. Apart from the famous high speed Sapsan railway, which covers the distance in just four hours, there are many more overnight train routes. So if you are ever in Russia and are traveling from Moscow to St. Petersburg it is advisable that you avail the train.

Perhaps the most romanticized and written about railway in the world is the Trans-Siberian railway. It crosses through six time zones, through plains, mountains, rivers , valley and steeps to connect some of the most inaccessible areas of the world with each other. The main route of Trans-Siberian railway runs from Moscow to Vladivostok. This is the main route. Apart from this route there are two more routes connecting Moscow to Beijing . One of those two traverse through Mongolia and pass through Ulan Bator. The other one does not travel through Mongolia and this makes this route longer.

Russia has train connection with all the important European cities. The Paris-Berlin-Moscow route is one of the busiest train routes in all of Europe. Many people prefer to travel by train across Europe instead of taking a flight and this makes the train routes through Europe a very important connection for tourists.

This is the railway system of Russia that connects the old cities at the north west of the country. This railway system is a hit among the tourists because all the cities that this railway system connects, like Vladimir, Yaroslavl , Sergiev Posad etc. are all ancient cities which contain a lot of historical places and monuments depicting the ancient history of Russia.

The railways are a historic milestone of the country of Russia and the intense connection that the railway provides gives Russia its strength in this economy due to the connectivity . For solo travellers the railway system of Russia is the biggest asset as it provides a cheap and reliable source of transport across the length and breadth of the country.