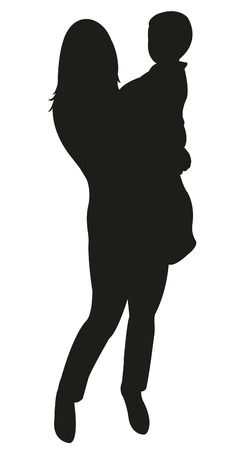 An initiative which offers support and welfare rights advice to new and expectant parents has helped maximise the income of Renfrewshire families by almost £2 .5 million in the last three years.

In Challenge Poverty Week, it can be revealed that the latest figures show that in one year alone, the 347 parents and expectant parents who used the Healthier, Wealthier Children service saw their incomes increase by a combined £704,588.

Managed by the Renfrewshire Health and Social Care Partnership and funded by Renfrewshire Council’s Tackling Poverty fund, the initiative aims to target child poverty by supporting families and helping boost the amount of income going into the household.

Set up in 2010, the Healthier Wealthier Children service has helped families from pregnancy up until the child is four years old – or until age 19 if the child has a health issue.

Kinship carers, usually grandparents, aunts, uncles or family friends who care for children because their natural parents are unable to do so, can also use the service.

A specialist advisor from Renfrewshire Council’s Advice Works, which delivers the service, helps families to do a ‘benefit check’ to ensure they’re not missing out on anything they’re entitled to, such as healthy start vouchers, maternity pay or special funds for new mums.

They’re also advised what they can claim once their child is born and referrals come from a range of services which include health visitors, social work and maternity services.

The whole family is also looked at to ensure no members are missing out.

The project also helps people with debt management, which is helpful for families who have been working and become pregnant unexpectedly.

In one case, a single mum who had to pay £100 a week in rent, had health conditions which meant she was entitled to benefits she wasn’t aware of.

After taking advice, she was able to recoup more than £6,000 in backdated housing benefit money which meant she could clear the family’s outstanding rent arrears.

The mum, who asked to remain anonymous, said: “It’s been life changing for me. I was in all sorts of debt but the advisor was able to tell me that I was on the wrong benefits and helped me get my rent sorted out as well.

“I felt like the weight of the world was off my shoulders. I was able to wake up in the morning and for the first time not feel worried about being evicted.”

Renfrewshire Council’s Convener for Education and Children’s Services, Cllr Jim Paterson said: “We are committed to ensuring that all children have the best possible start in life no matter what their background.

“The Healthier, Wealthier children service has had a hugely positive impact on low-income families who are struggling to make ends meet.

“The knowledge of the specialist advisor ensures that expectant and new parents, young families and kinship carers can access all the welfare payments they are entitled to and can be guided through any paperwork needed for their claims.

“The service also offers debt advice and helps ensure that young families have enough income coming in to ensure the early years of their children are the best they can be.”

There are a series of events to tackle poverty and inequality across Renfrewshire during Challenge Poverty Week, which aims to solve poverty by boosting incomes.

One mum who was given help with her benefits by the Healthier, Wealthier Children service was astonished to be told she was owed thousands of pounds in backdated housing benefit.

The Renfrewshire mum-of-four, who asked to remain anonymous, said: “It’s been life changing for me. I was in all sorts of debt but the advisor was able to tell me that I was on the wrong benefits and helped me get my rent sorted out as well.

“I was able to pay all my debts back and get on top of my rent. It wasn’t just the money, I felt like the weight of the world was off my shoulders. I was able to wake up in the morning and for the first time not feel worried about being evicted.”

The mum, whose children are aged from four to 16, says that she was also able to afford swimming lessons for her children the first time.

She said: “I never learned and as a result I’m absolutely terrified of water. A great thing about the help I got was that I could book lessons for two of my children who can’t swim and my daughter can now swim.”

She added: “I’m not very good with money and I literally live from day to day but the advisor was a really good listener and was very non-judgemental.  When I thought I was hitting a brick wall she put me in touch with the right people to help me get in touch with services I didn’t know existed, like Families First.”

Glasgow News? Daily Updates part of our network
Grit’s all in the name