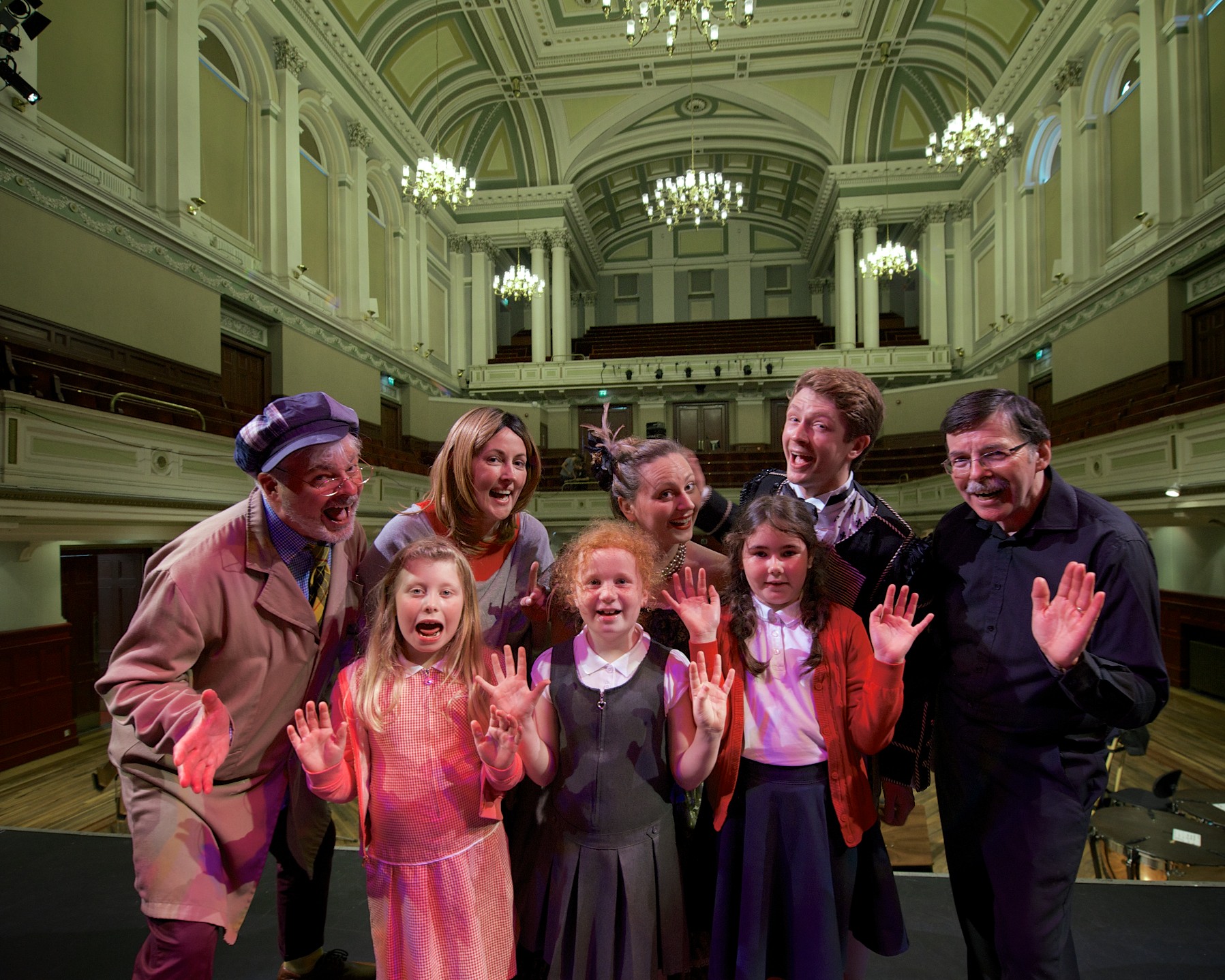 Hundreds of Primary Three pupils from across Renfrewshire joined voices to take part in an interactive live performance with Scottish Opera at Paisley Town Hall. 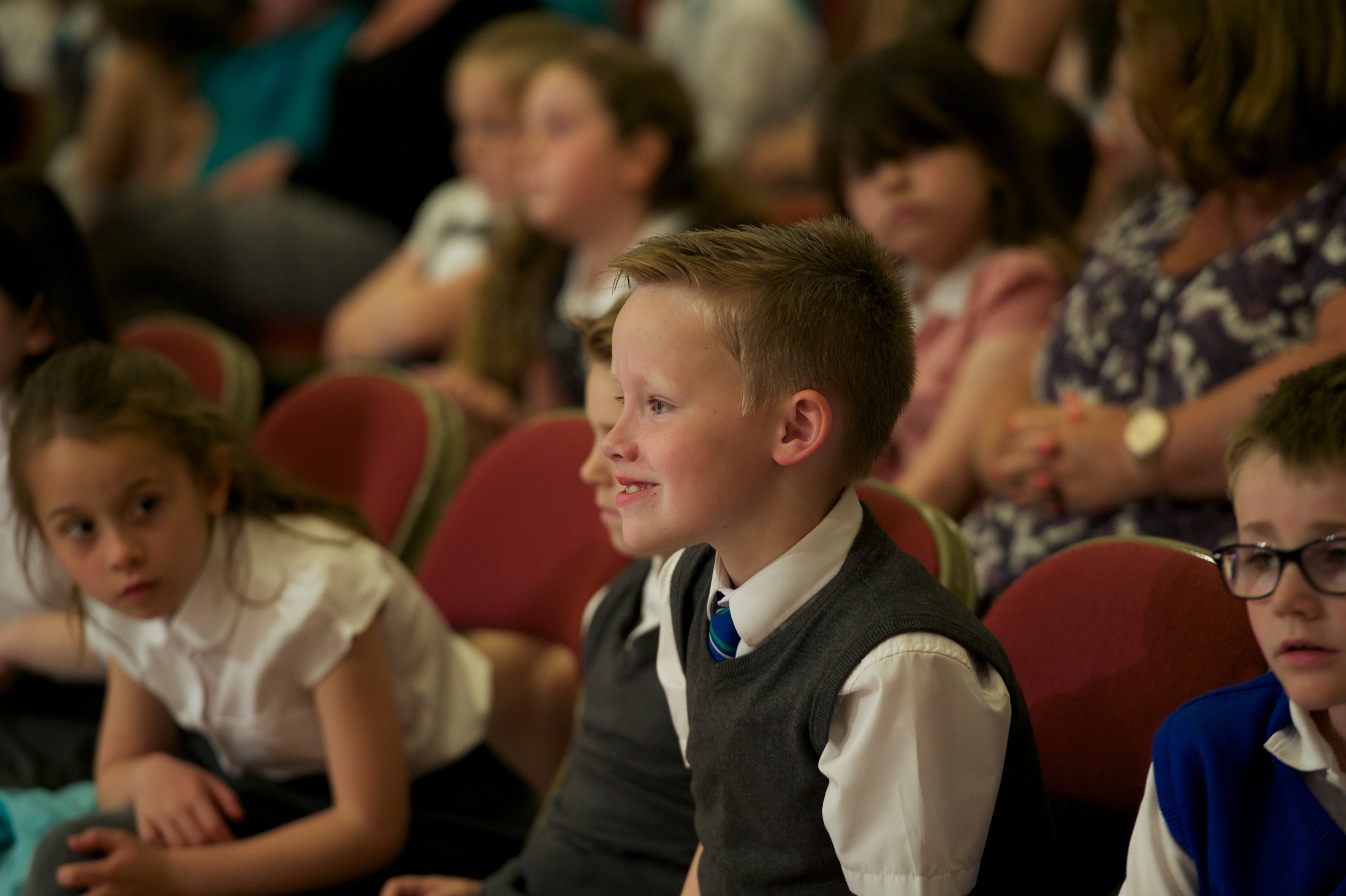 The hour long musical experience shows children how an opera is made and features them as the chorus, singing alongside the national company’s professional principal singers and 50 strong orchestra.

As part of ‘The Opera Factory’ education initiative, around 400 children from 11 primary schools, including Our Lady of Peace, Cochrane Castle, Bridge of Weir and Wallace, were taught a song adapted from the aria ‘Non piu andrai’ from Mozart’s opera The Marriage of Figaro . 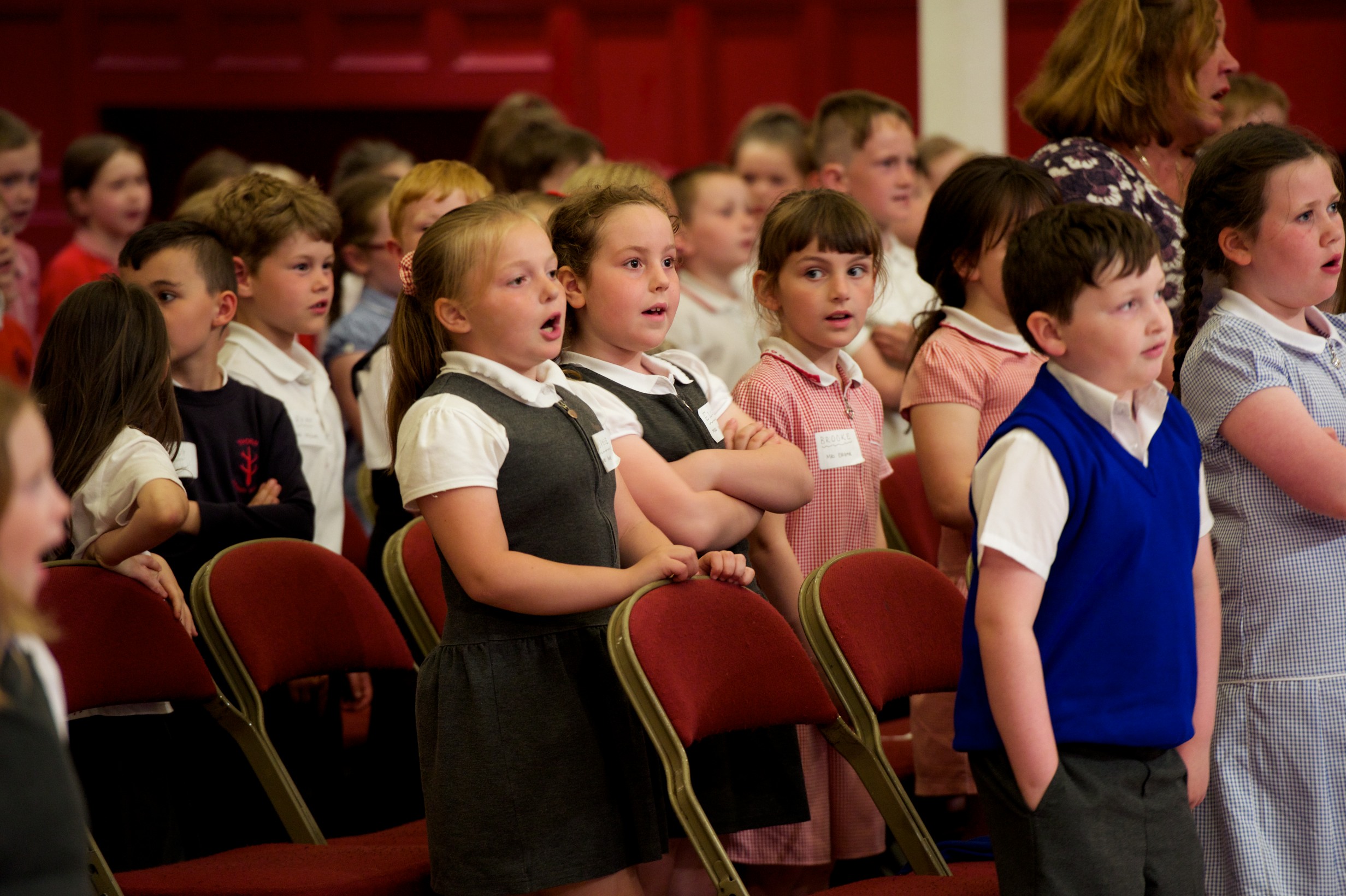 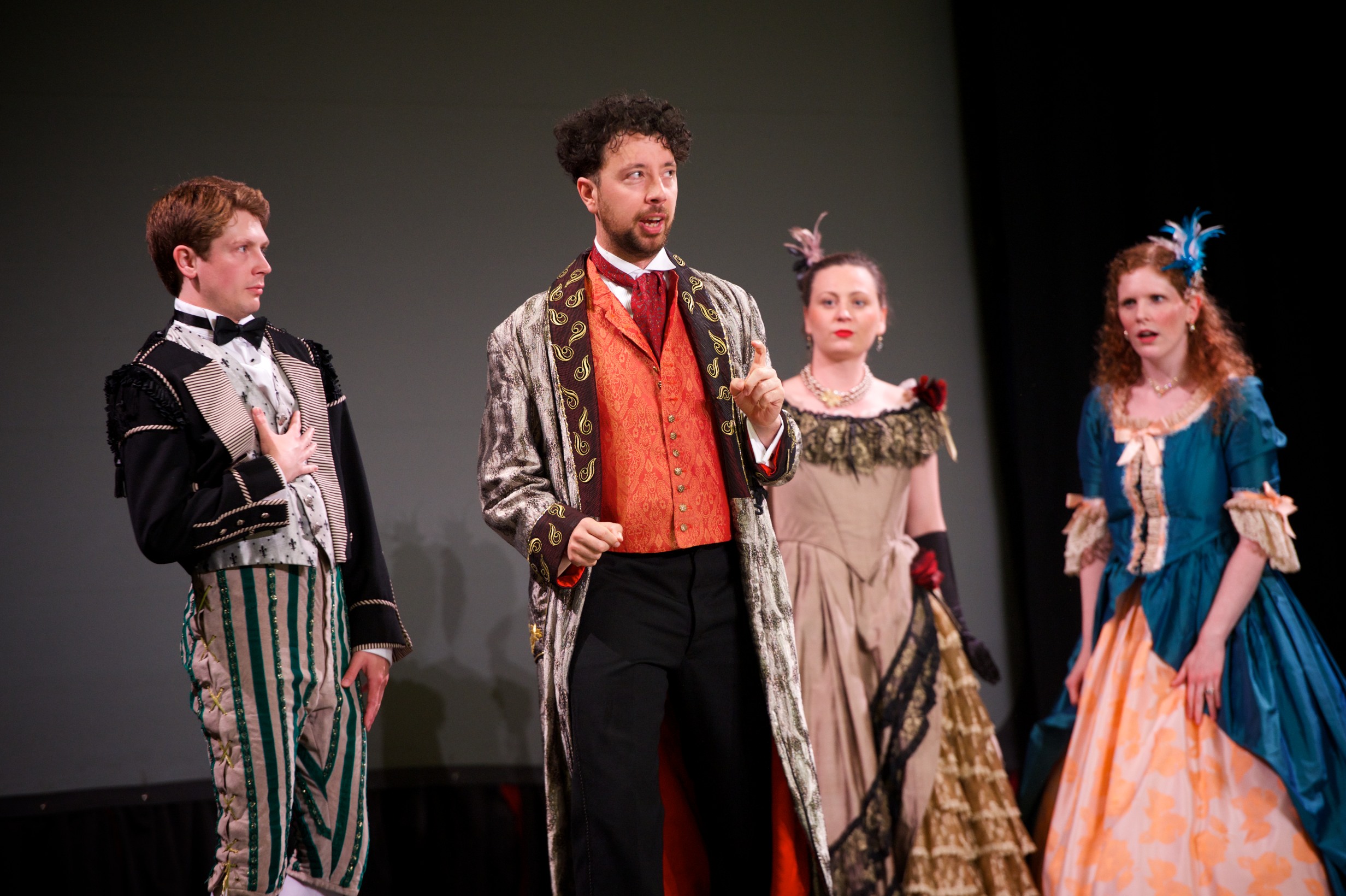 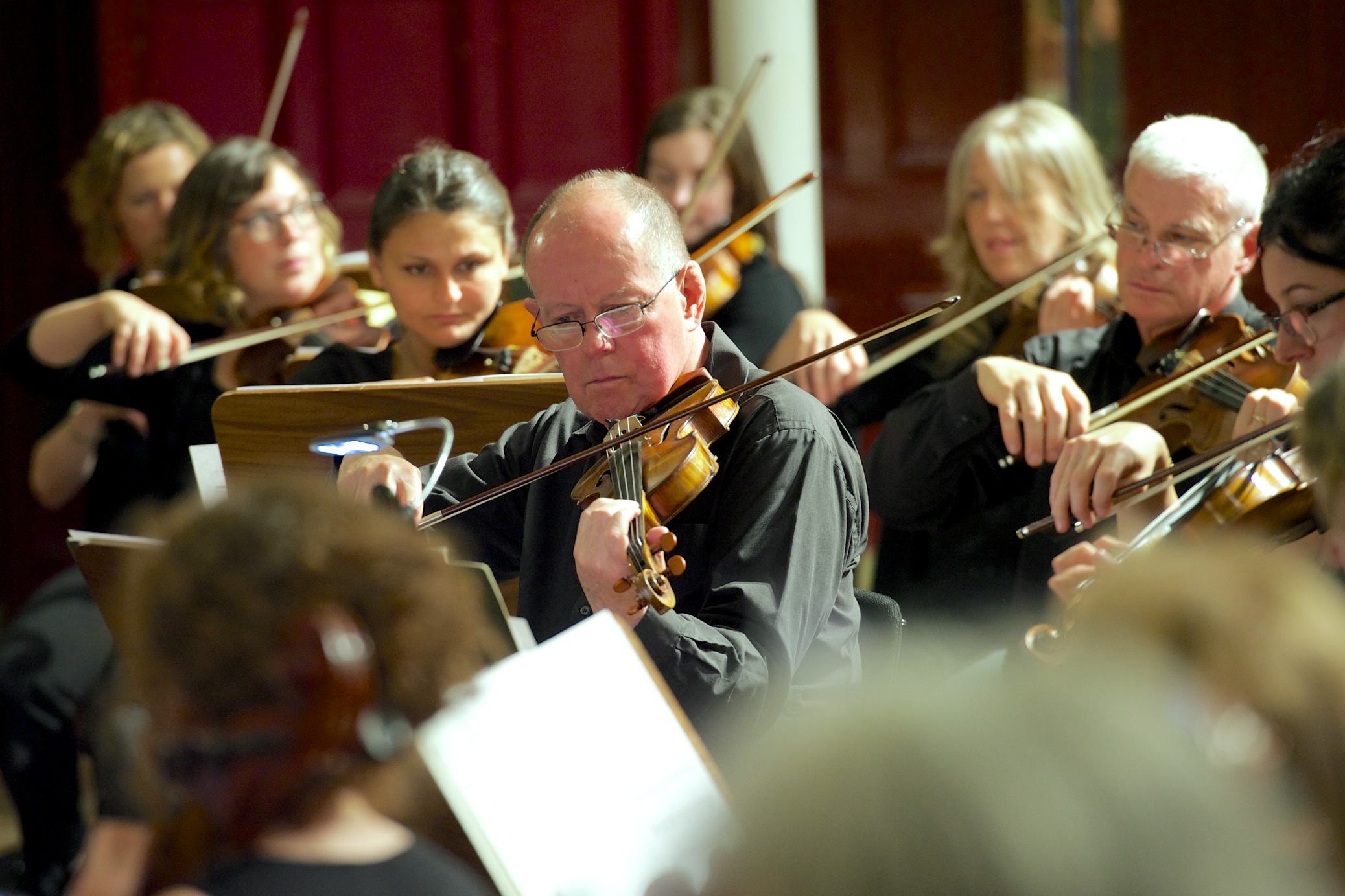 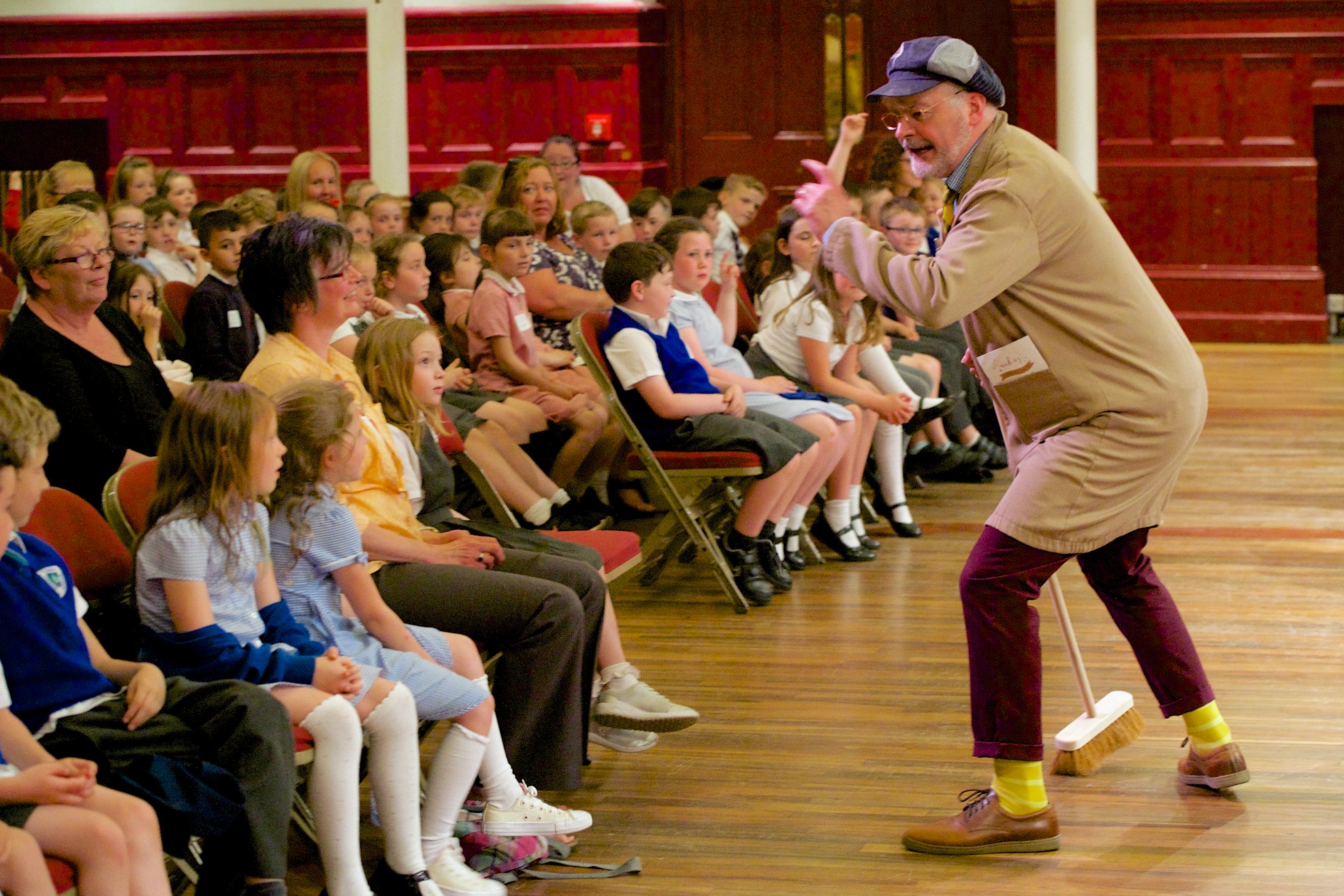 The song ‘If you go to a show that’s an opera’ was specially arranged by Scottish Opera’s Head of Music Derek Clark, who was also the conductor, and new lyrics were penned by actor and director Allan Dunn.

They also learned about the different people who work at Scottish Opera, from costume and set designers to directors and conductors.

Pupils were also made aware of the different elements that take an opera from the earliest planning stages to rehearsals and opening night.

Rebecca Rose Malone from Wallace Primary School said: “I enjoyed watching the conductor using his baton to show when voices go up and down”, while her classmate Leo MacDonald said: “ I enjoyed learning about the costumes, some costumes can make you look rich and I would like to design some. “

Primary 3 pupil Chloe Fahey said: “I liked learning the song and working as part of a team. “

Renfrewshire Council’s Education and children’s services convener, Councillor Jim Paterson said: “It’s been wonderful to welcome Scottish Opera to Paisley so that hundreds of our young people can learn more about the art form.

“I know they’ve been working hard in school ahead of the show to learn the song and were excited to sing live with a real orchestra and professional singers.

“It’s a great initiative which opens culture up to youngsters from all backgrounds and makes it accessible to all and which  hopefully may lead to a lifelong love of music and the arts.”

Jane Davidson MBE, Scottish Opera’s Director of Outreach and Education said: “We are delighted to be working with Renfrewshire Council on this exciting project. The schools in the area have always had a very good reputation for teaching and performing music, especially vocal music and the pupils raised the rafters in Paisley Town Hall singing along with the orchestra and singers of Scottish Opera.”