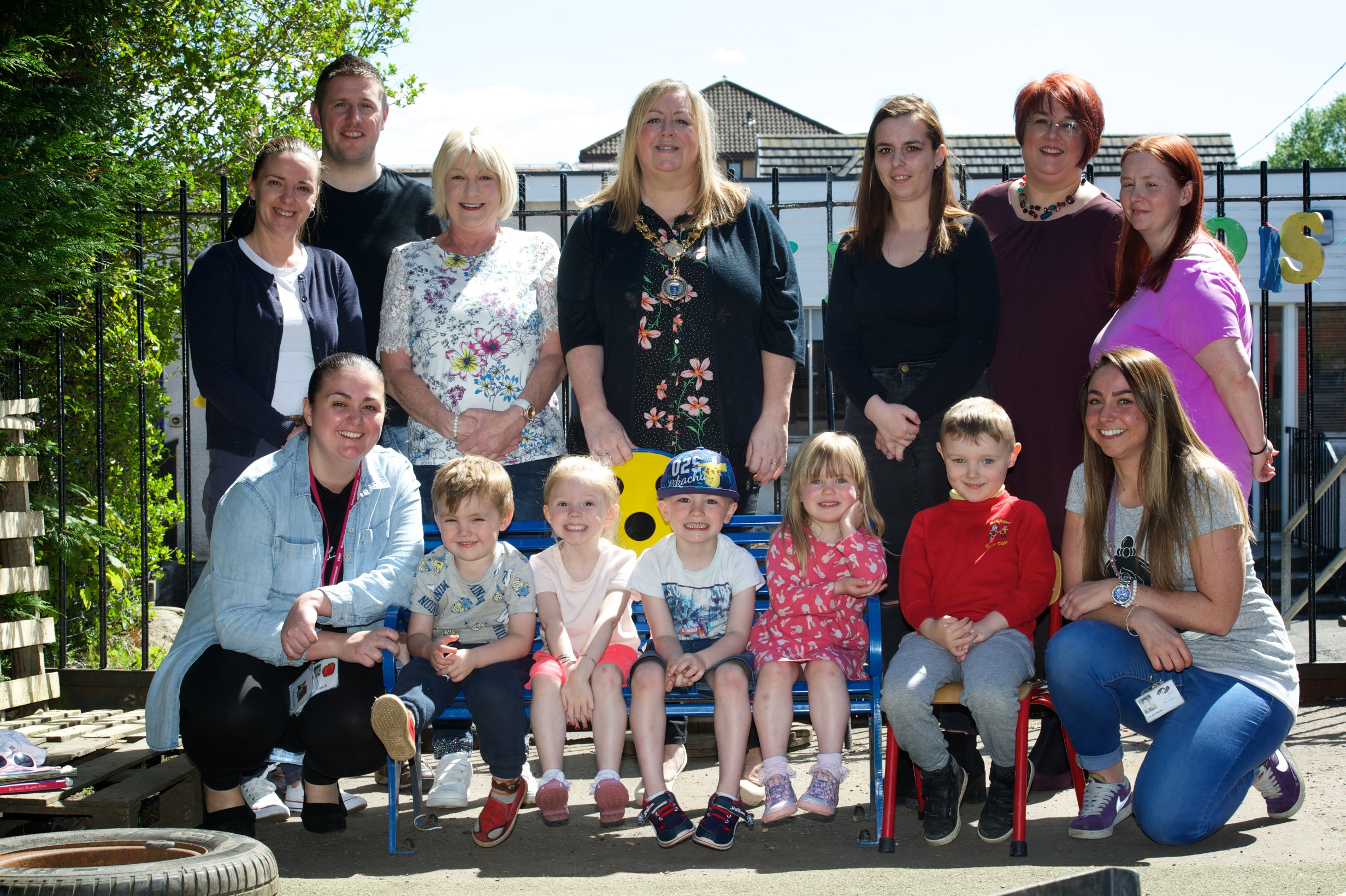 A Renfrewshire school says that a scheme which eases the path of both children and parents into Primary One has led to an increased sense of community.

St Margaret’s Primary School in Johnstone has experienced an increase in parental engagement with 28 families going through the ‘Good Start, Great Start’ programme, developed by Middlesex University in London.

The programme offers parents the opportunity to develop relationships with their child as well as each other in their pre-school setting, helping them form vital networks ahead of the start of their offspring’s first school year in August. 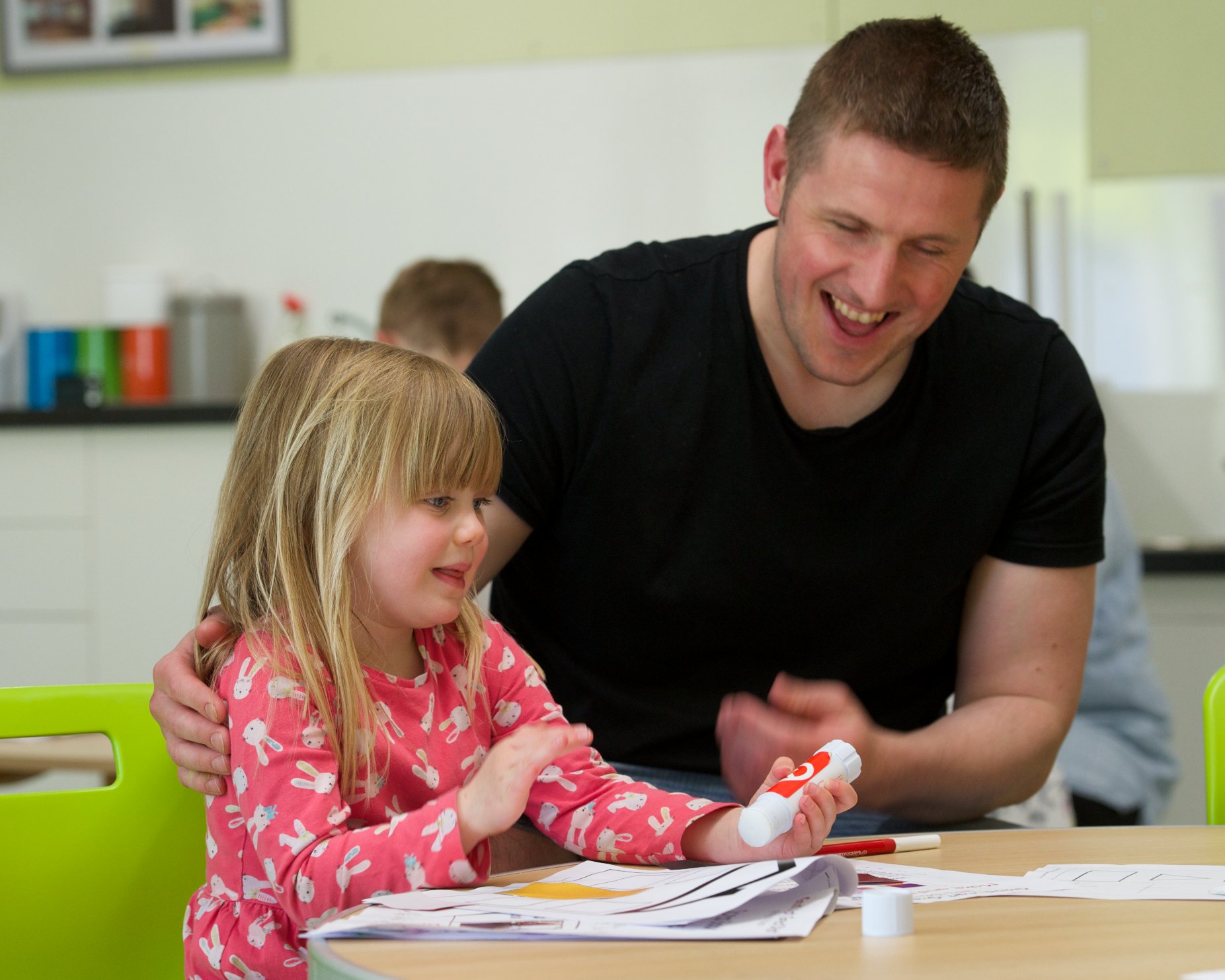 The school, one of just three places in Scotland to adopt the pilot programme, has two trained Nursery Officers who help promote school readiness at a point of big change for both parents and children.

The scheme, which started as a pilot in October, has worked so well that the school has continued to run it on a permanent basis. 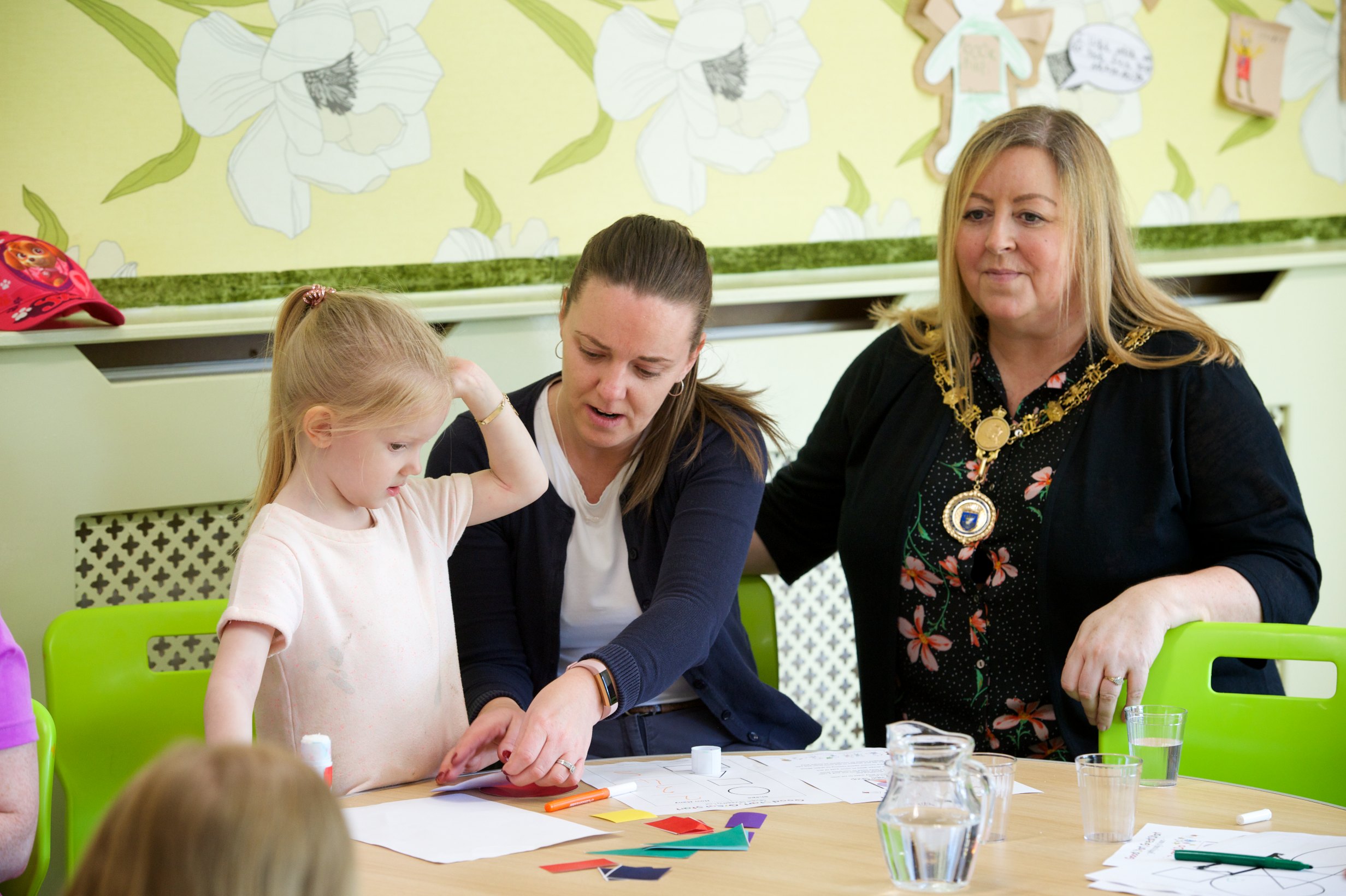 Head teacher Gillian Miller said: “The children who attend have grown in confidence and self-esteem and have gained more independence as a direct result of attending the sessions.

“There is definitely an increased sense of community among the parents who attend, as there is a sharing of parenting skills, strategies and advice in both formal and informal forums. 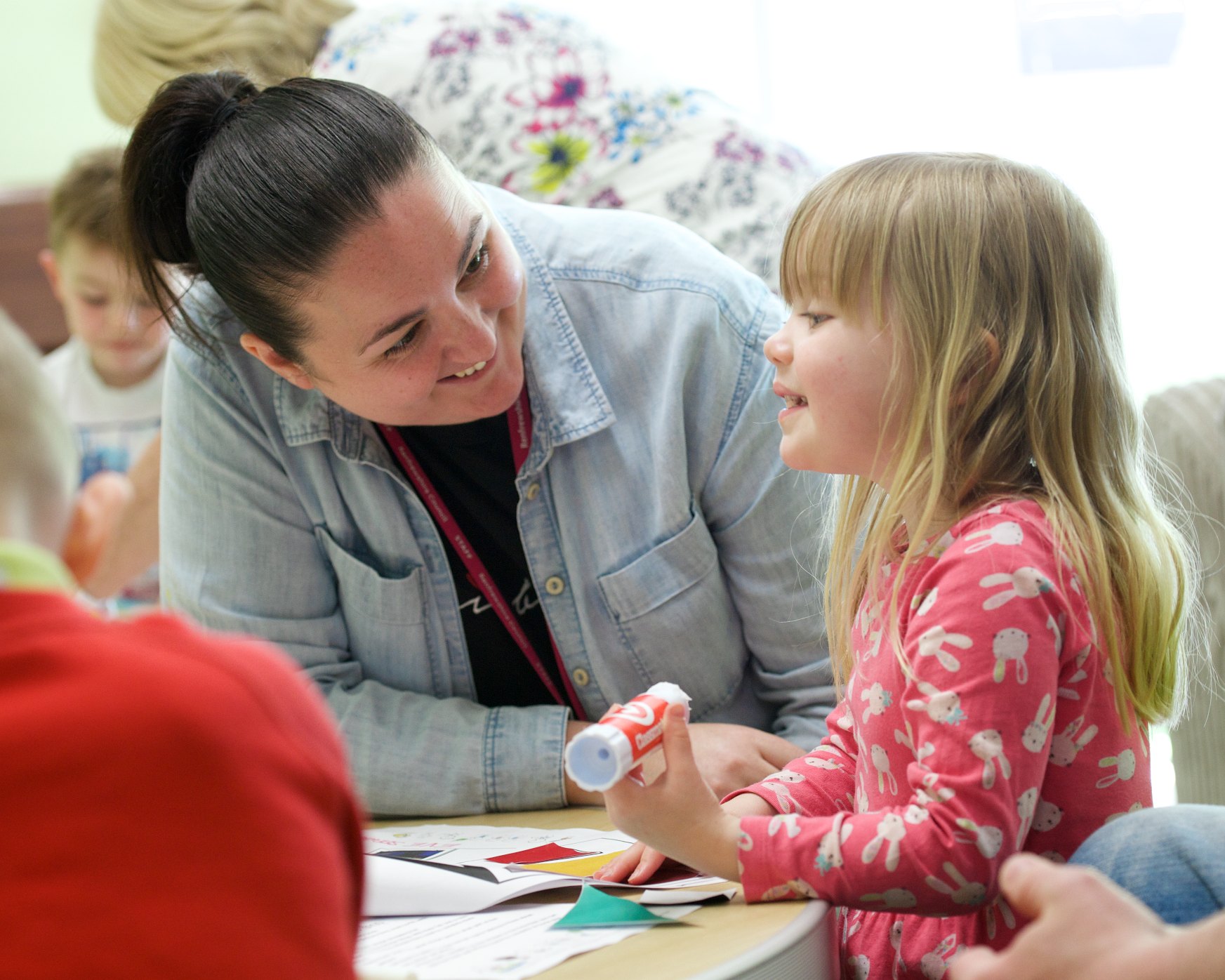 “All of this is facilitated by skilled staff who know when to make a supportive intervention and who are benefitting from the increase in parental engagement. 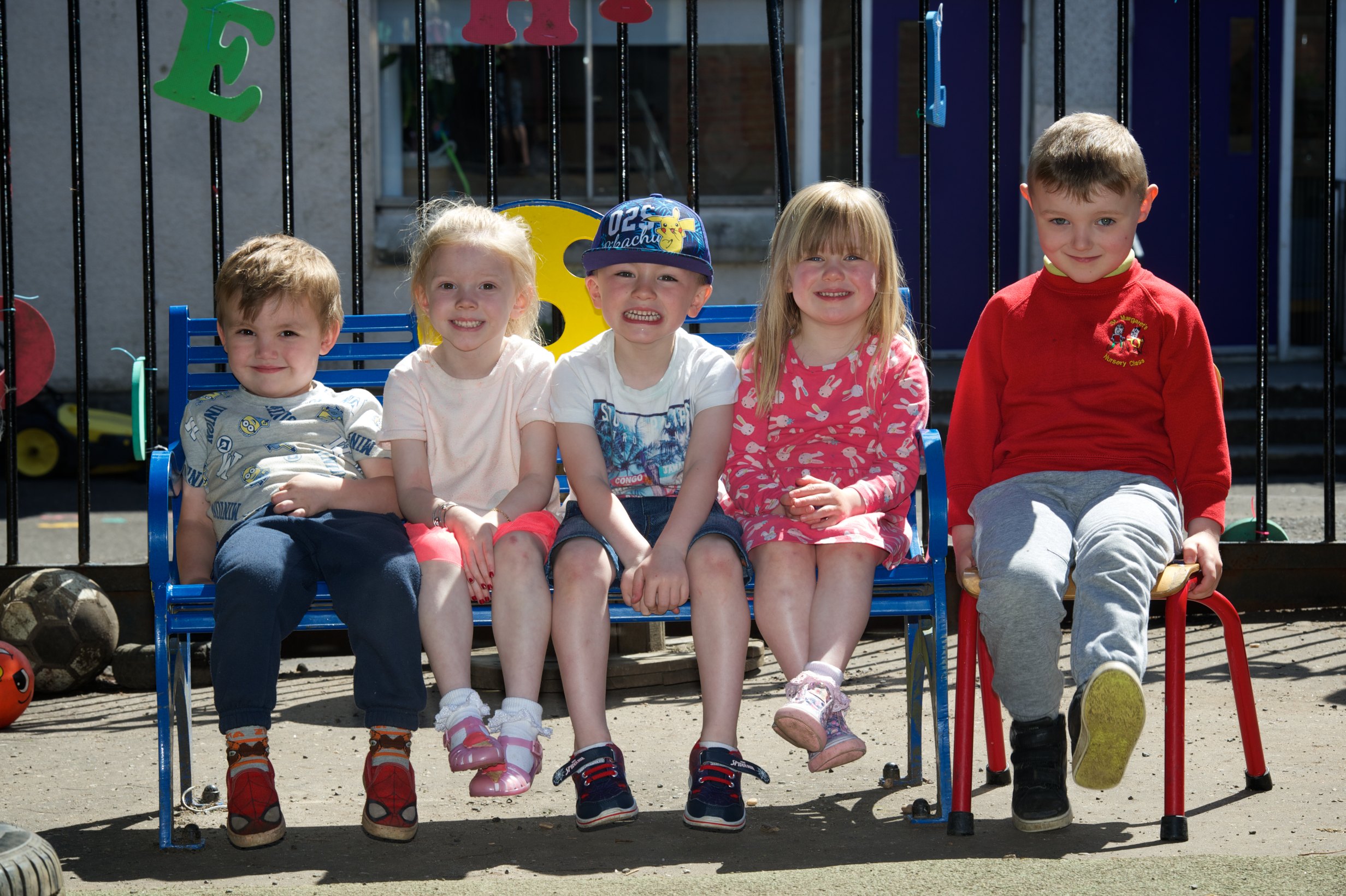 “This has been a very worthwhile programme and we wish all of our families a very successful transition from St Margaret’s Nursery Class to Primary One.

Each block of six structured sessions is designed to help to build a social support network for the parents and also promote independence for the children. 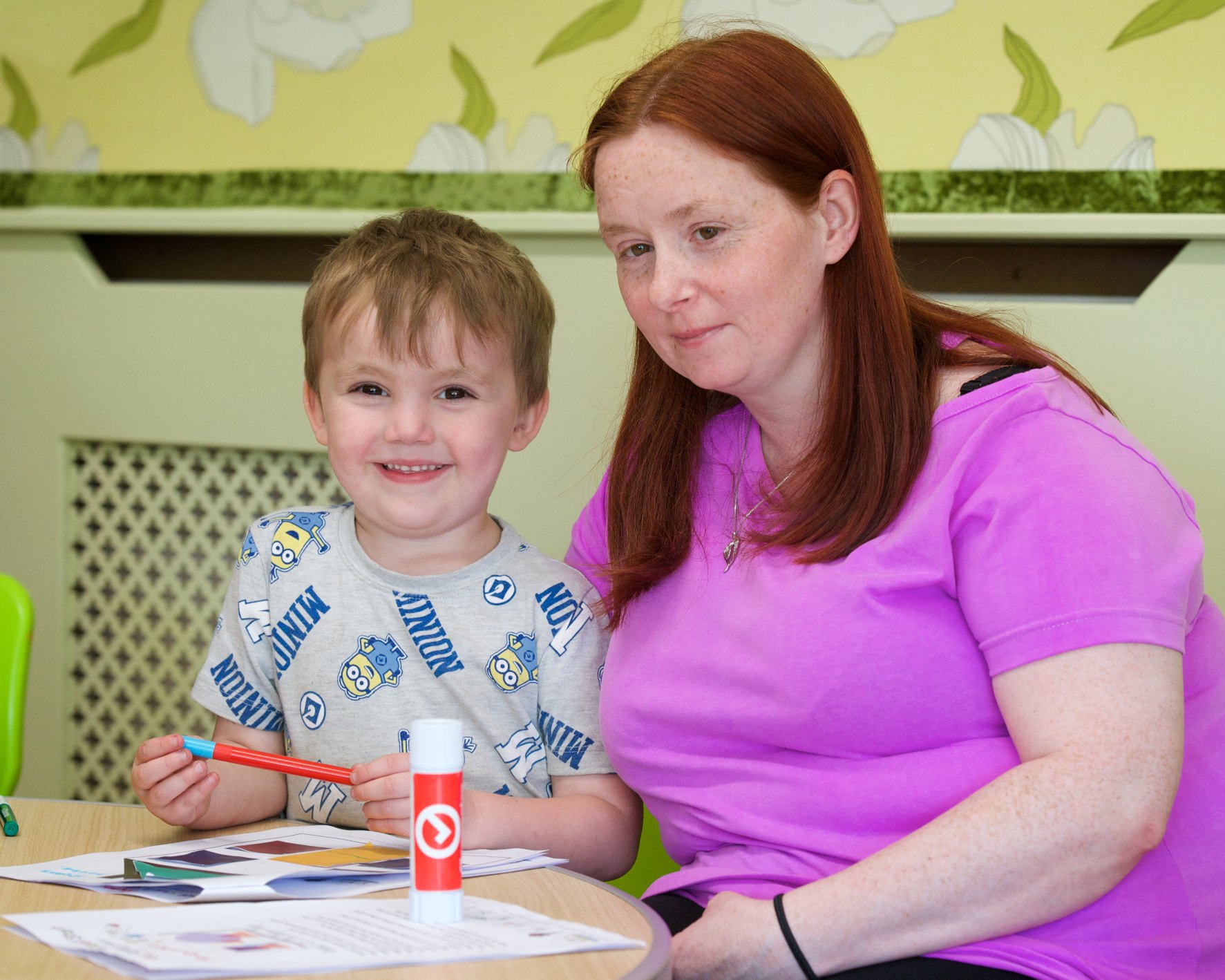 There is a welcome time and snack time, where nutritional food is prepared and served  by the children themselves.

This is followed by a ‘make and do’ craft session directed by the parent, with a new skill or element of knowledge built into each week.

The children then continue their nursery session while the parents break off to have tea and coffee and an informal, confidential discussion of any parental issues they may be having.

The sessions end with the children returning for story time with a bag with figures and a mat so they can and they make up their own stories about what’s inside.

Parent Donna Manson said: “My daughter and I have enjoyed our six weeks of this group and meeting parents and other children who are going to school.

“I feel less worried for her starting school, watching her being independent and her confidence at group time. We have had fun and would recommend this group to other pre-school parents.”

The programme is sustainable because the staff are trained and the scheme has proved so popular that some parents have returned after their initial sessions.

Provost and Depute Education Convener Lorraine Cameron dropped into the school to see the programme first hand and said: “As well as being an exciting time, the step from nursery to school can leave both parents and children feeling uncertain.

“It’s been great to come along and see how the programme works and how it lays down the ground work for a positive start at school for both children and their carers.

“It’s clear how much the parents enjoy the one to one time with their children, which is a great benefit to the whole family.

“Some of the mums and dads have also told me that the sessions have helped show them what their children are capable of, like being able to use a knife to make a snack, allowing the children’s independence to flourish.

“They also get great benefit from the parents group where they can share strategies and  have a safe space to raise any parenting concerns.”