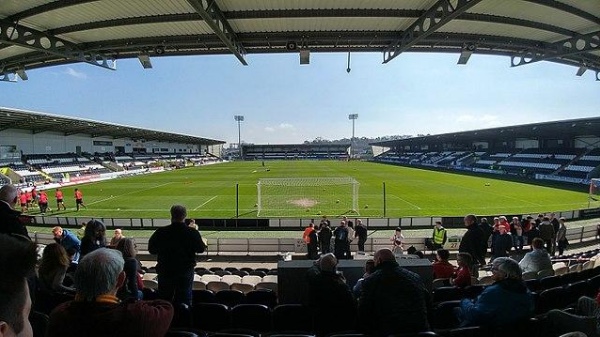 After securing promotion to the Scottish Premiership this past season, St Mirren boss Jack Ross was always in that young manager likely to attract suitors from south of the border bracket and so it has proved.

Having guided the Paisley club to second tier safety after joining from Alloa Athletic in October 2016, Ross subsequently steered the Saints to the Scottish Championship title. That raised his profile and inevitably led to links with English Football League clubs.

The lure of making a relative short switch to Sunderland – despite their dismal drop down divisions in consecutive seasons – has proved stronger than staying at St Mirren Park and trying to hang in the Scottish Premiership next term. Ross now faces the biggest challenge of his coaching career to date. How is he to stabilise the beleaguered Black Cats and manage expectations among the significant fanbase on Wearside?

There’s been nothing but misery at Sunderland for several years now as perpetual Premier League relegation battles took their toll on a succession of managers – all more illustrious figures in football it must be said than Ross. The Black Cats lost top-flight status in 2017 under the stewardship of another Scot in ex-Everton and Manchester United boss David Moyes.

You could see it coming and another relegation with former Wales manager Chris Coleman at the helm mean they’ll play the EFL’s third tier in 2018/19. If such tried and tests coaches couldn’t stop the slide, then that begs the questions how will Ross?

Stability and Sunderland haven’t been in the sentence. Steve Bruce was the last boss to get two years or more in charge. Departing owner Ellis Short has chopped and changed coach ad nauseum, appointing seven different permanent managers since removing Martin O’Neill in March 2013.

A change of ownership, however, gives long-suffering Black Cats fans some cause for optimism as Short has sold the club to a consortium headed by Stewart Donald, the chairman of Eastleigh who must cut ties with the non-league side before the takeover is complete.

Sunderland are Sky Bet’s 9/2 betting favourites to win League One next season. Before anyone is willing to wager a free bet or two on them, Ross’s immediate priority upon taking up the reins at the Stadium of Light is surely a squad overhaul. But don’t be fooled by Sunderland’s perceived stature of a being a ‘big fish’ in League One: Barnsley (13/2), Charlton (11/1), Portsmouth (11/1) and Scunthorpe (12/1) will all be backed to overtake the Black Cats.

“The Stadium of Light Sunderland” (CC BY 2.0) by Mickyboyc

The prospect of spending Premier League parachute payments two divisions below that level ought to give the Black Cats plenty of clout. Ross made just two permanent signings for a fee in his 19 months with St Mirren, so it’ll be interesting to see how he does with resources.

Rebuilding Sunderland’s roster must start from the foundations. Long-serving centre back and captain John O’Shea is out of contract, alongside versatile pair Billy Jones and Marc Wilson. It’s hard to see several loan players making permanent transfers to Wearside either.

Names sent out to get them off the wage bill – notably Italy’s Fabio Borini and Tunisia midfielder Wahbi Khazri who is set to feature at the World Cup finals in Russia this summer – need to find new homes too. There are players like Jack Rodwell, once an England midfield prospect, who don’t want to be there but are on big contracts and such loveless marriages need solving.

If Ross can get injury-prone talent Duncan Watmore fit and firing, he also has fellow winger Aiden McGeady under contract still. Between them they should be capable of providing enough service to a striker with proven form at League One level, if one can be found.