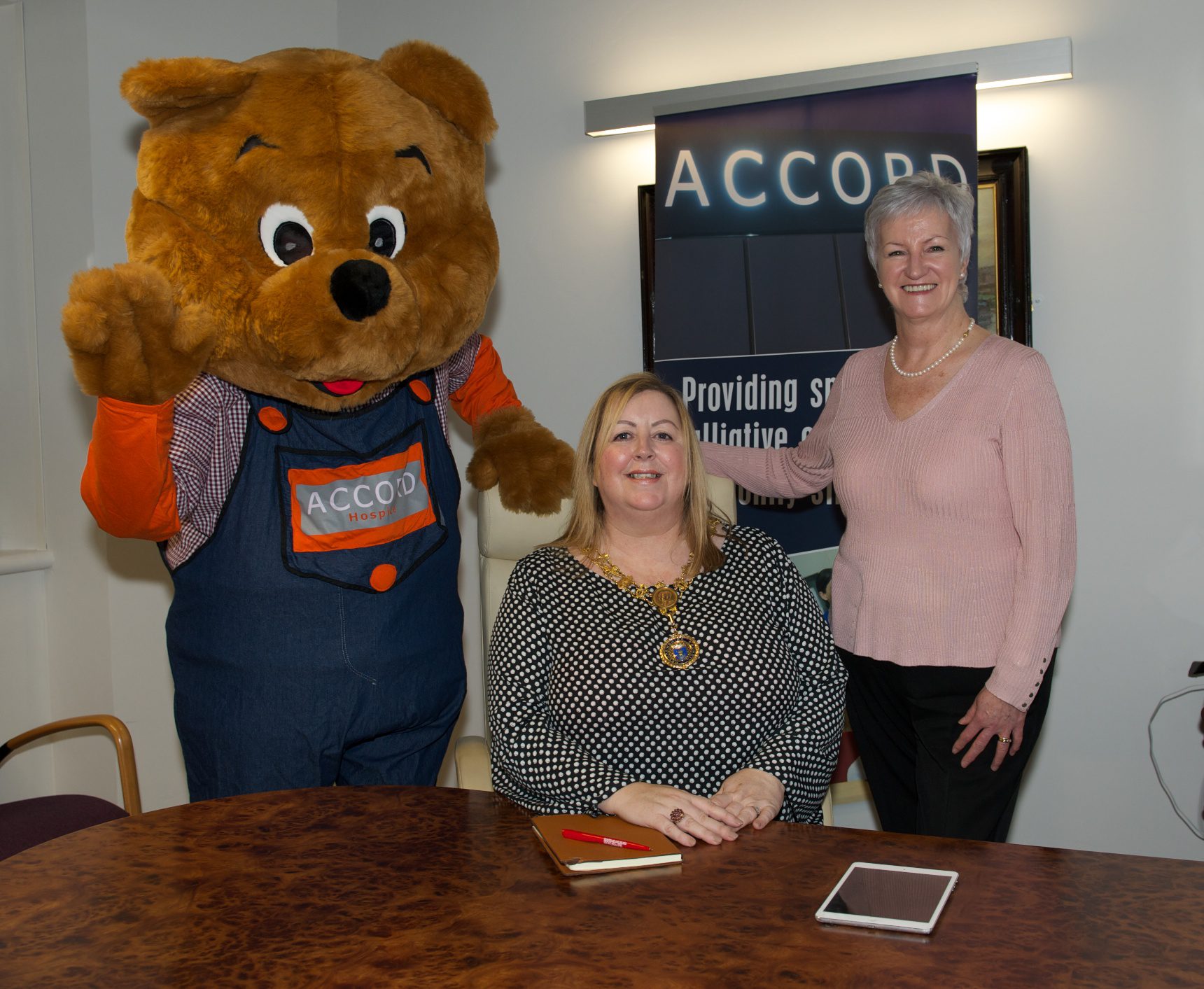 Three charities have been given a civic boost after it was announced they will receive the support of Renfrewshire’s Provost Lorraine Cameron.

Provost Cameron has pledged her support for MND Scotland, St Vincent’s Hospice and ACCORD Hospice as she prepares to undertake a variety of fundraising endeavours for each charity. 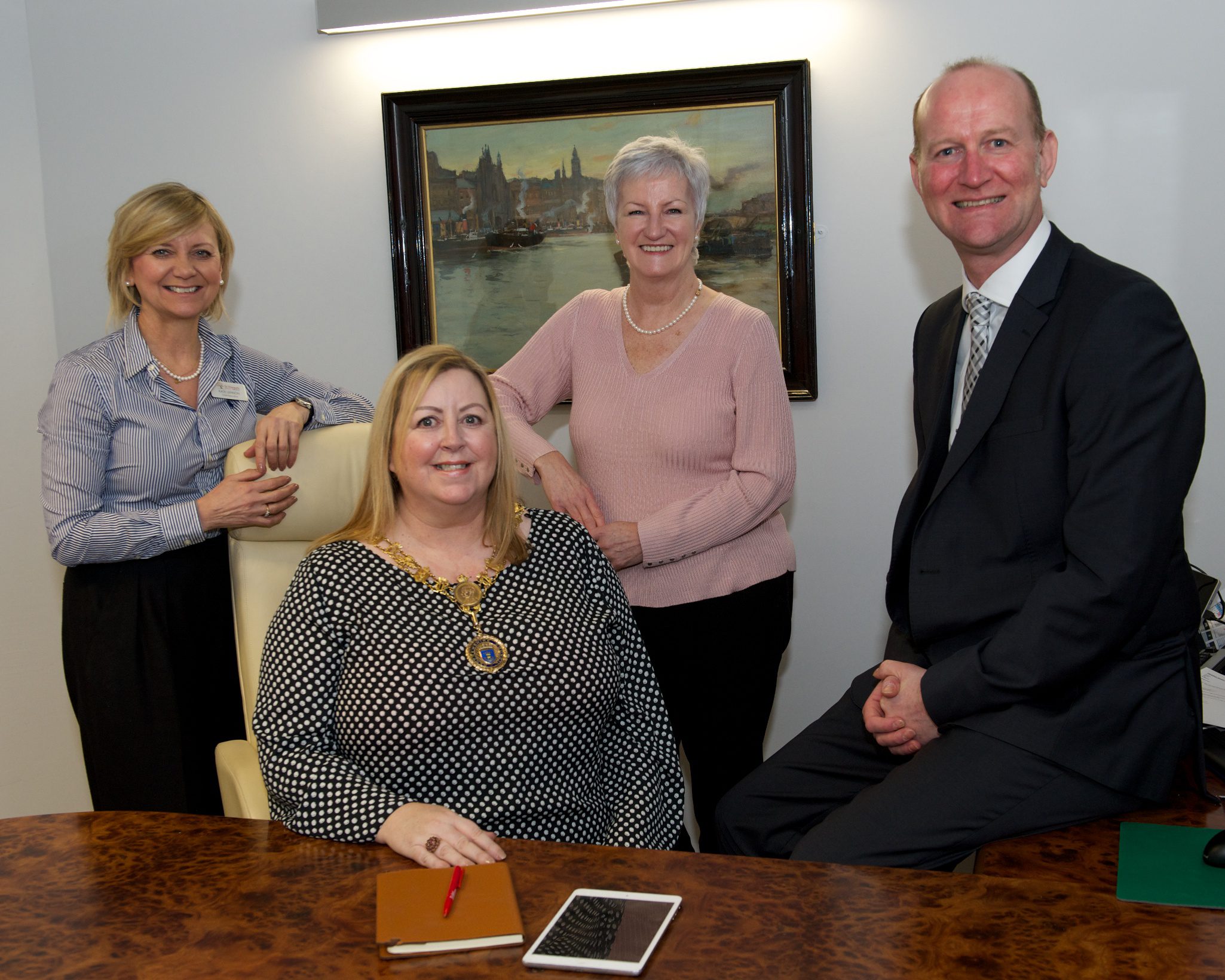 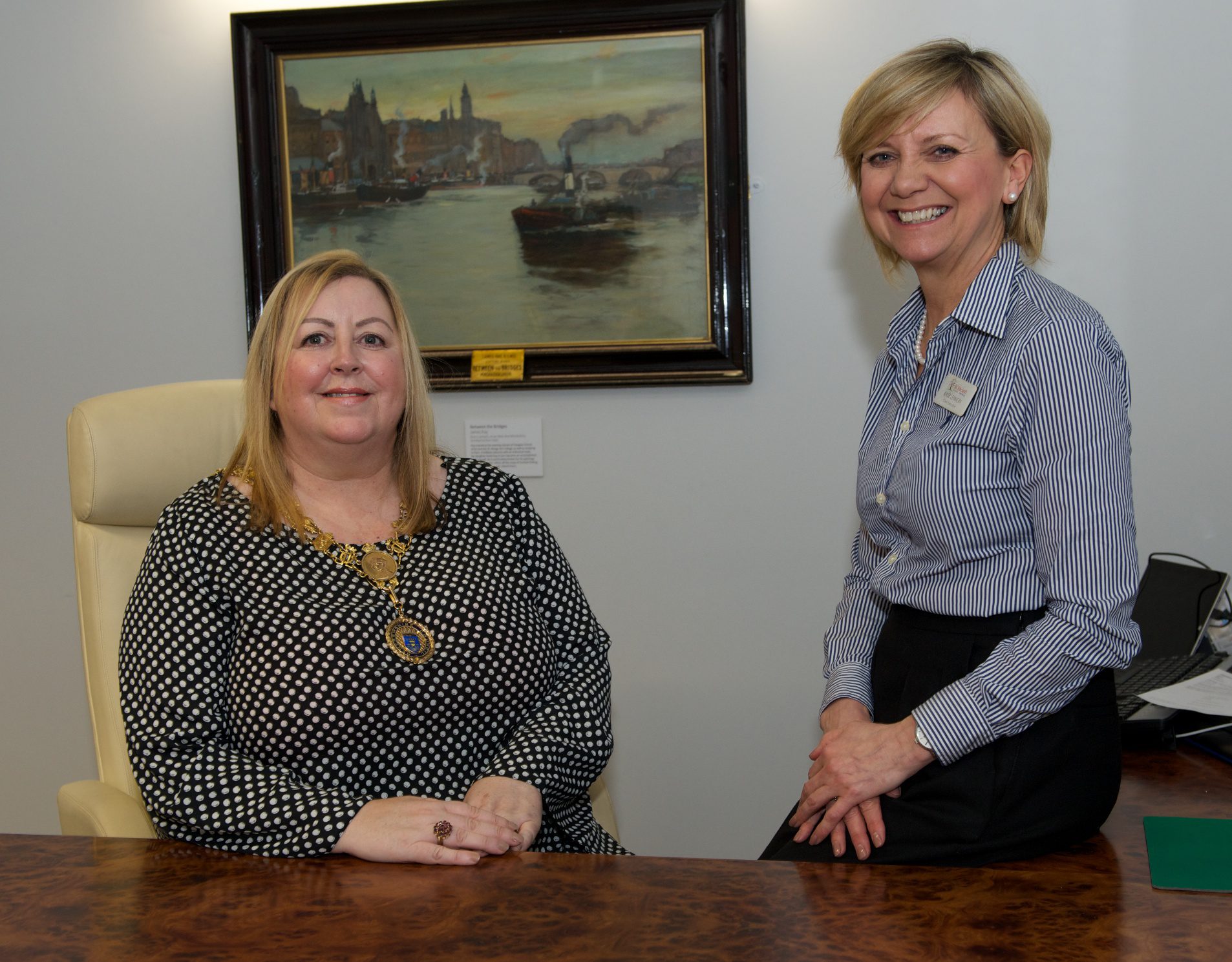 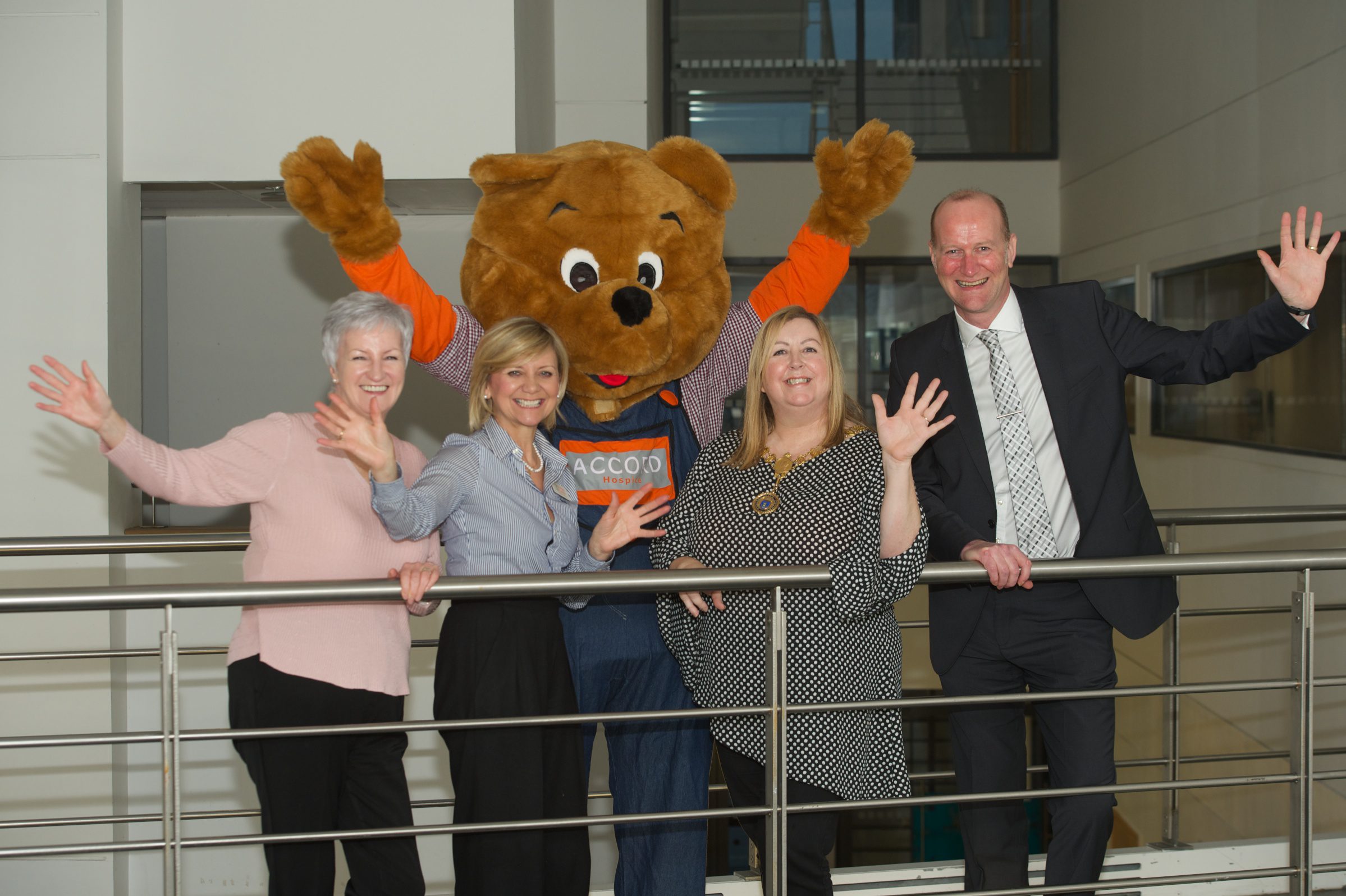 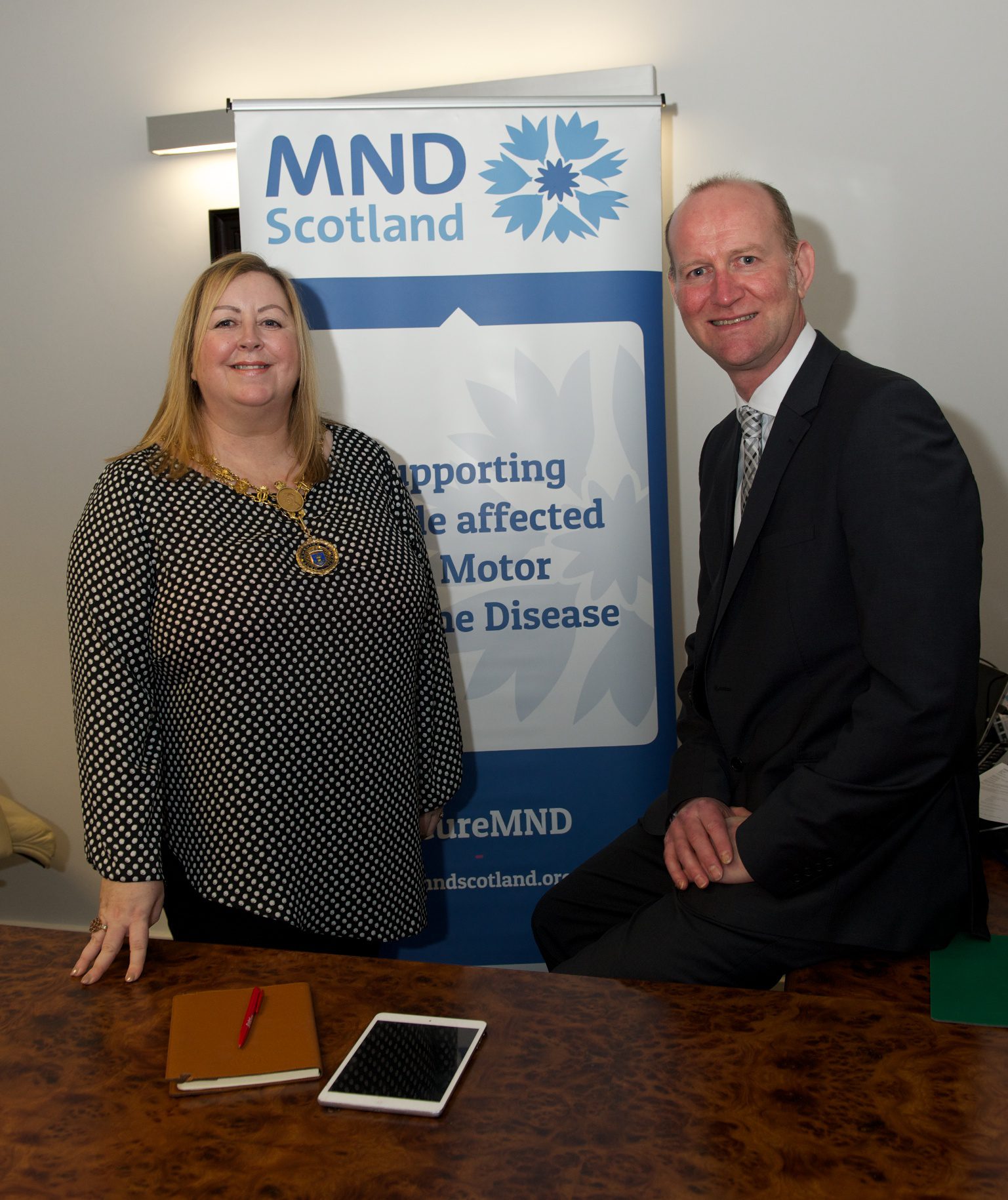 The Provost will focus on a different charity each year during her remaining time in office and will aim to raise as much money as possible by offering her services for the day to local businesses, hosting large events such as a charity ball and setting up fun, smaller events which everyone in Renfrewshire will be encouraged to take part in.

Provost Cameron said: “These charities are very close to my heart and I’m delighted that I will be able to support them throughout my time as Provost.

“The support and care they provide for families throughout Renfrewshire cannot be underestimated and is a vital lifeline for people in their time of need.

“I’ll be working hard to raise as much money as possible to help them continue their work so keep your eye out for upcoming events which you can take part in and play your part in supporting these fantastic charities.”

Provost Cameron will fundraise for MND Scotland in 2018 and 2021 and chose to support the charity after losing her mother to Motor Neurone Disease (MND) in 2011.

MND is a rapidly progressing terminal illness, which stops signals from the brain reaching the muscles and may cause someone to lose the ability to walk, talk, eat, drink or breathe unaided.

Iain McWhirter, Head of Fundraising at MND Scotland, said: ““MND Scotland is very grateful to have been chosen as one of Provost Cameron’s charities and we look forward to working together to ensure everyone in Renfrewshire who is affected by Motor Neurone Disease receives the best possible practical, emotional and financial support.

“Awareness of MND has never been higher with the tragic diagnosis of Scottish rugby legend Doddie Weir, former Rangers captain Fernando Ricksen, and Celtic’s Jimmy Johnstone, and MND Scotland is the only Scottish charity which provides care and support to people affected by the disease, as well as funding research into finding a cure.”

Following in the footsteps of her predecessors, Provost Cameron will also support two local hospices, St Vincent’s and ACCORD, who provide palliative and end of life care to people with life limiting illnesses.

Helen Simpson, Chief Executive of ACCORD Hospice, said: “ACCORD Hospice is honoured and delighted to be chosen as one of the Charities that Provost Lorraine will support during her term in office.

“The fundraising ventures will financially support ACCORD Hospice in our care for individuals and families living with a life limiting illness in Renfrewshire, while also allowing us to reach more people and raise awareness of the palliative and end of life care services that hospices can offer the community.”

St. Vincent’s Hospice Chief Executive, Kate Lennon, said: “We are absolutely delighted and so grateful to be named as one of the dedicated charities by the Provost, just weeks before we mark our 30th anniversary.

“For three decades, we have provided specialist palliative and end of life care for people and families affected by life limiting conditions all across the community. This is only made possible thanks to the generosity and kindness of our supporters, and we cannot thank the Provost enough for this incredible gesture.”

If you wish the Provost to come along and work in your business for the day, or have an idea for a challenge, please contact Donna or Heather atcivicevents@renfrewshire.gov.uk.