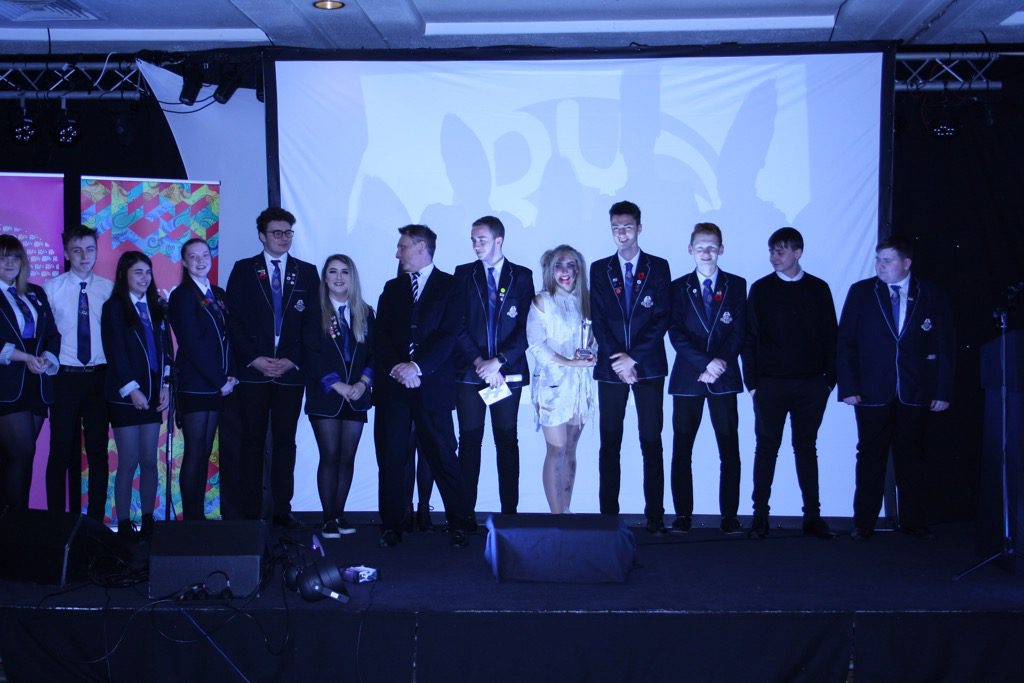 Young people who made a positive contribution to Renfrewshire communities were honoured at a special awards ceremony in the Normandy Hotel, Renfrew last night. The Positive About Youth (PAY) Awards, organised by community-based youth charity Renfrewshire Youth Voice, are held to celebrate the remarkable skills and abilities of local young people aged between 12 and 25. More than 250 guests, including friends, family and sponsors, looked on as the winners were announced at the Normandy Hotel, Renfrew. Trophies were presented to prize-winners in eight different categories of achievement, including Young Carer of the Year, Young Volunteer of the Year and Youth Group of the Year.

The winners from each of the categories were: Young Volunteer of the year award

Youth Group of the year award

“We have a huge amount of accomplished and committed youngsters in Renfrewshire and these awards demonstrate the great work and results that can be achieved. It is events such as this that continue to build a genuinely favourable image of young people in the area.

“Tonight’s winners and nominees all make a positive difference to their communities and it’s essential that we continue to acknowledge their achievements.”

“The Positive about Youth awards are evidence that Renfrewshire’s youth have a voice, have talent and have an impact on their local communities. It has been great to celebrate our young people tonight and I hope the award winners will motivate and inspire others.”