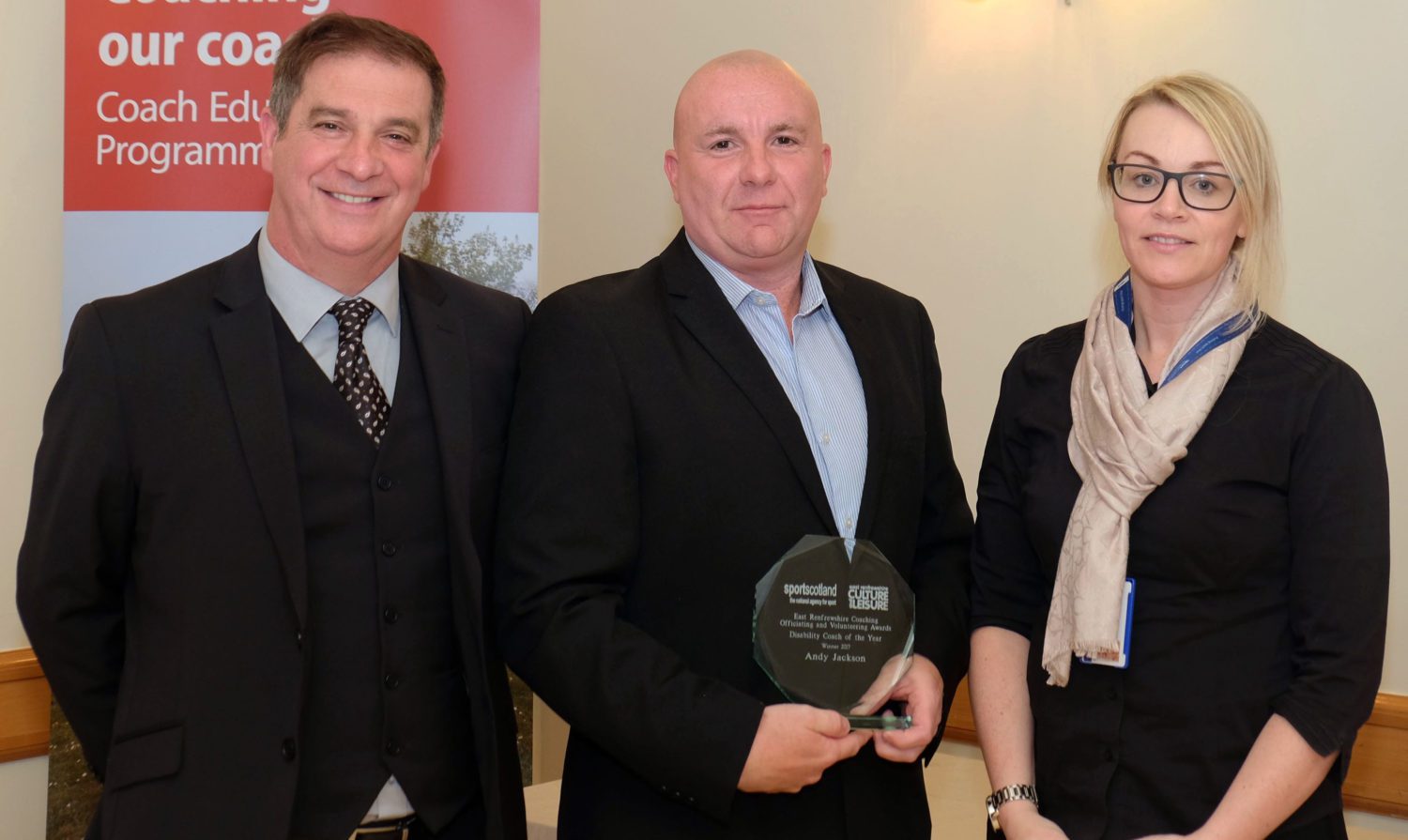 A swimming coach from Elderslie has done the double in a top awards ceremony.

Andy Jackson has won both the Performance Development Coach of the Year and the Disability Coach of the Year title, at East Renfrewshire Culture and Leisure’s annual sports awards for coaches, volunteers and referees.

Andy has been a swimming coach for more than 20 years and is the National Lead Coach for Scottish Disability Swimming, which involves developing disability swimmers and coaches.

He is also a coach with the Ren 96 swimming club and is a regular poolside at Barrhead Foundry.
In his introduction to Andy’s awards double, ERCL Community Sports Development Team Leader, David McLeish said: “Andy is a great source of inspiration and encouragement to swimmers across all ages.

He is a truly committed individual who puts the needs of his athletes first and foremost in their pursuit of excellence.”

Andy was one of several dedicated sports people who were honoured at the ERCL Coaching, Officiating and Volunteering Awards, supported by sportscotland, held at a special ceremony in Eastwood House.

Chief executive of East Renfrewshire Culture and Leisure – the organisation that runs sports, leisure and cultural services locally – is Anthony McReavy, who said: “If it wasn’t for volunteer coaches, club officials and referees, who so selflessly give up their time, thousands of people of all ages wouldn’t be able to take part in sport.”

Glasgow News? Daily Updates part of our network
“On Your Bike!” Gavin Newlands MP Raced Against Service Personnel in Support...