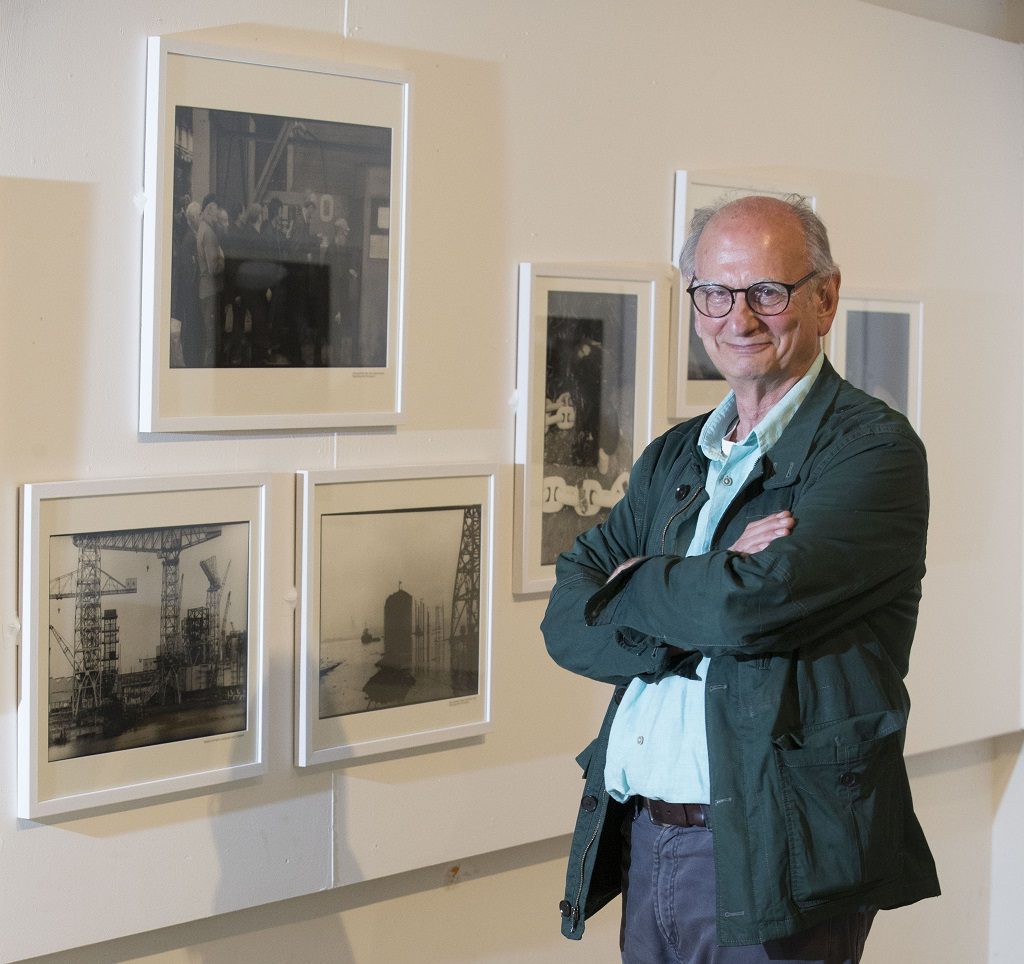 An exhibition of photographs showing the industrial decline of Renfrewshire and Clydeside in the mid Seventies has opened in Paisley Museum.

opening of an exhibition by New York photographer, Larry Herman at paisley museum

New York-born photographer, Larry Herman took the series of pictures between 1974 and 1976 when the once-heavily industrialised region was suffering from many shipyard and factory closures, as the economy foundered.

Herman has hand-printed a new set of 78 black and white gelatin prints for the free exhibition, which is being toured by Street Level Photoworks. The exhibition – Clydeside 1974-76 – runs from June 17 until August 20.

Several of the images were taken in Ferguslie and Linwood giving an intimate glimpse into the lives of local workers four decades ago.

Much of Herman’s work was held in a collection by the Scottish Arts Council, but has now been distributed to various holdings, including the National Galleries of Scotland.

Herman was born in New York, trained as a sculptor and immigrated to the UK during the Vietnam War.

His photography career flourished in the Seventies, but he gave up taking pictures in the Eighties and became a guard and train driver on the London Underground and then worked as a welder in a Sheffield steelworks. He took up photography again in 1993 and returned to London in 1999.

Herman said: “At the time I was shooting these pictures I had no idea they would have some resonance in 2017. I didn’t take the photographs with posterity in mind, but as a documentary of what was happening at the time.

“I photographed people in the situations they found themselves in and I wanted my work to be realistic.”

Joyce McKellar, chief executive of Renfrewshire Leisure, which runs sports, leisure and cultural facilities locally said: “People coming to see this exhibition will be able to take a step back in time.

“These photographs graphically document what was happening to the working-class of the area during an acute economic decline.

“The exhibition will be of particular interest to Renfrewshire as quite a few of the photographs were taken in Paisley and Linwood.”