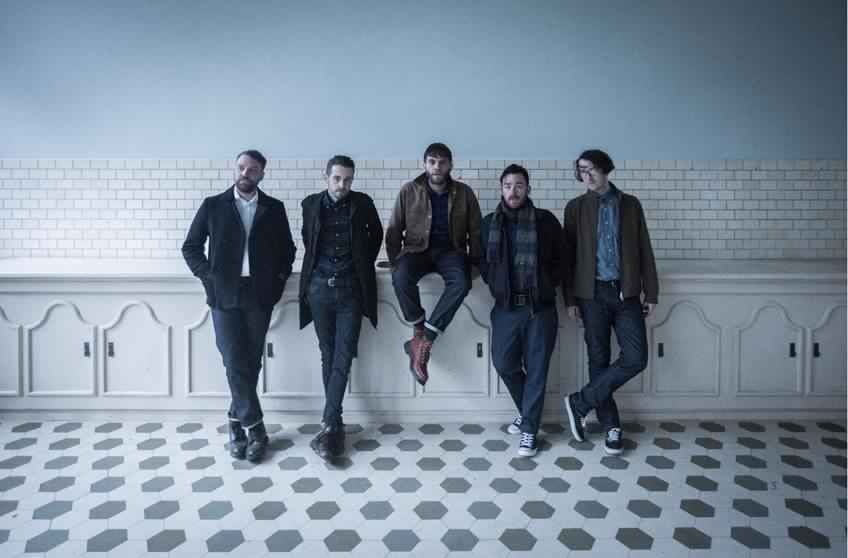 The bill has been announced for Paisley’s Spree festival – featuring a one-off collaboration between Scottish indie actFrightened Rabbit and the Royal Scottish National Orchestra in Paisley Abbey.

The festival of music, comedy, theatre and more – which will take over the town centre between 13 and 22 October – is now in its sixth year and is part of Paisley’s bid to be UK City of Culture 2021.

Frightened Rabbit will be the latest in a line of Scottish bands to team up with the orchestra in the stunning setting of the 850-year-old Abbey on 17 October for a show which has been a highlight of previous Sprees.

Much of the action will take place in a specially-erected Spiegeltent in the town centre, which will host trad acts Dougie MacLean and Canada’s De Temps Antan (18 Oct), Breabach, Kris Drever and Talisk (20 Oct), plus Sharon Shannon and Fara(15 Oct).

Paisley Arts Centre will welcome Emma Pollock and RM Hubbert (15 Oct) and a gathering of artists from the Lost Map record label, curated by The Pictish Trail (22 Oct).

The festival will have a strong international feel with an Americana night boasting Boston’s Laura Cortese and the Dance Cards, and opened by England’s Yola Carter, named UK Artist of the Year at the 2017 American Music Association UK Awards.

Specially-commissioned shows in support of Paisley’s UK City of Culture 2021 bid include:

Tickets for all shows will be available from thespree.co.uk from 9am on Wednesday 21 June.

The line-up was announced on Radio Scotland tonight by Vic Galloway, who will broadcast his radio show before a live audience in the town during the festival, as will his BBC colleague Janice Forsyth.

There remains one major headline act still to be announced, with Paisley music fans encouraged to keep their eyes on the Spree social media channels as it is one they won’t want to miss.

The Spree will also feature two comedy nights in conjunction with the Gilded Balloon, as well as film events and songwriting workshops, while unsigned musical talent will be given a showcase through the nightly Danny Kyle Open Stage run by Celtic Music Radio.

The festival sees the return of the ever-popular ModStuff celebration of all things Mod run by LNP Promotions – headlined byThe Style Councillors and taking over The Spiegeltent on the final Saturday.

There will be plenty for kids too, with the National Theatre of Scotland bringing their Rocket Post show to town, fresh from a run at the Edinburgh Fringe, while the Big Telly Theatre Company present Operation Paisley – Alien Pursuit, an interactive, town-wide treasure hunt for kids.

A full programme of free children’s shows taking place over the October school holidays is still to be announced.

The Spree is run by Renfrewshire Council and programmed by Active Events.

Paisley 2021 bid director Jean Cameron said: “The Spree festival is the one of the flagship dates on Paisley’s current events calendar and has gone from strength to strength over the years.

“In the year we are bidding to be UK City of Culture 2021 it is fitting the Spree bill manages at once to be outward-looking and internationally-flavoured, yet also unmistakeably Paisley – showcasing the town’s unique story and giving a platform to some of our fantastic local talent.

“The event again shows Paisley’s ability to host large-scale events featuring some of Scotland’s finest talent, and will attract fans from throughout the country to our unique town centre venues.”

Paisley’s bid to be UK City of Culture is taking place as part of a wider push to transform the town’s future using the town’s unique heritage and cultural story and was lodged with the UK government in April, with a decision expected over which places make the shortlist this summer.