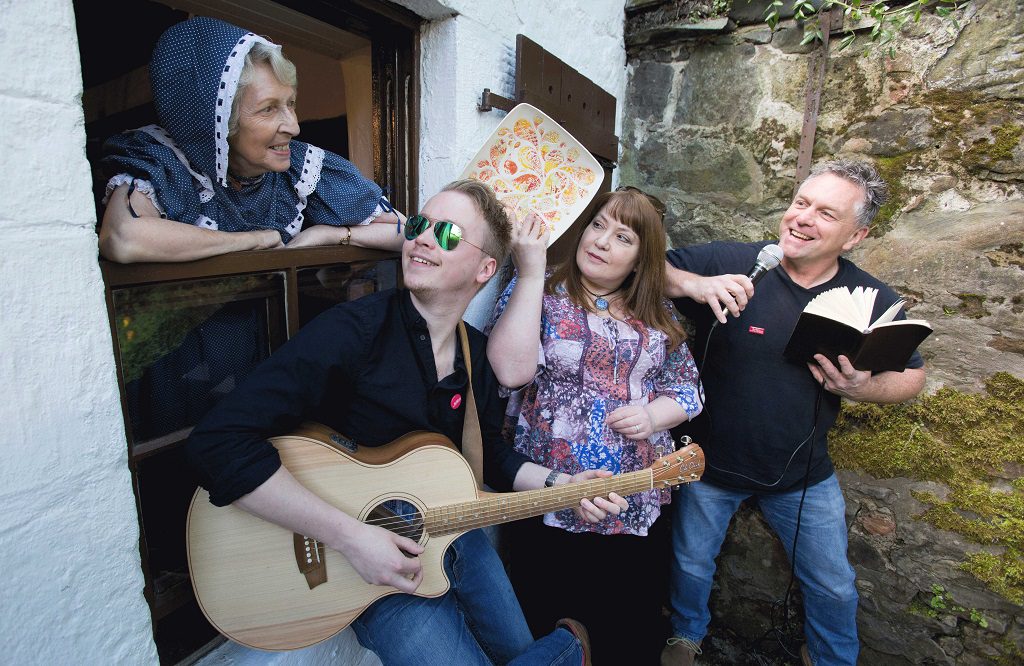 The programme has been revealed for a three-day arts festival set to take over Paisley town centre this summer, inspired by the town’s globally-significant heritage of weaving and radical politics.

The town’s annual Sma’ Shot Day celebration – one of the world’s oldest workers festivals – is this year joined by a wraparound cultural programme called Weave, as part of the push towards Paisley’s bid to be UK City of Culture 2021.

Weave – on Friday 30 June, Saturday 1 and Sunday 2 July – is billed as a signature event in Scotland’s Year of Heritage, History and Archaeology 2017.

The event will reconnect the town’s weaving heritage and global connections via a programme boasting almost 40 shows across six venues and two outdoor live zones in Paisley’s historic town centre.

– the premiere of Iranian textile artist Paria Goodarzi’s new show Mass Movement, influenced by her personal journey as a refugee rebuilding her life in Scotland;

– a poetry slam, storytelling sessions, and a series of talks, tours, workshops and demonstrations from local artists and designers, including traditional Paisley shawl weaving;

The event will also include all the traditional Sma’ Shot Day elements on the Saturday, including a parade through the town led by performance experts Walk the Plank, historic re-enactments by local youth theatre group PACE, and a pyrotechnic Burning of the Cork show outside Paisley Abbey.

The full bill can be viewed at www.paisley2021.co.uk.  Some of the acts featuring on the bill – musician Johnny Barr, ceramic artist Karen Hanvidge and poet Shaun Moore – joined Linda Morrison, of Paisley’s Sma’ Shot Cottages, which recreates an 18th century weavers’ home and will be open over the event weekend.

Annique Armstrong, VisitScotland Regional Director, said: “2017 is the year to delve into the past and discover Scotland’s fascinating culture through a range of exciting experiences and events in celebration of the Year of History, Heritage and Archaeology.

“Scotland’s history & heritage is defined by our traditions, both past & present – all of which will be at the very heart of Weave’s vibrant and varied weekend programme of activity. From workshops to live music, storytelling to artist and designer showcases, Weave will welcome both locals and visitors alike to celebrate and engage with Paisley’s rich and colourful historical roots.”

Paisley 2021 Bid Director Jean Cameron said: “Sma’ Shot Day is an established favourite in the town’s events calendar – but with Weave this year making it a weekend-long event, it will be bigger and better.

“Paisley’s bid to be UK City of Culture 2021 aims to allow the creative talent for which the town is famed to exhibit their exemplary work in this cultural programme alongside established artists.

“So it is great to see the bill for Weave mixing a strong international strand with a showcase of the best musical and artistic performers from the area.”

Glasgow News? Daily Updates part of our network
How Writing Regularly Can Change Your Life