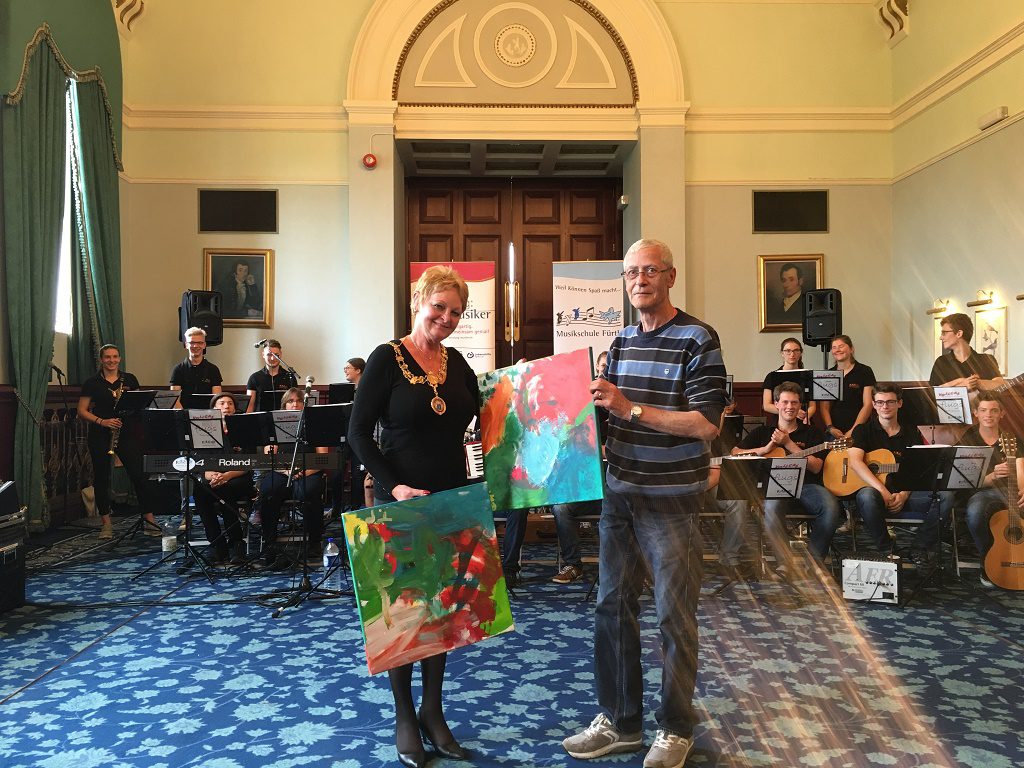 Paisley was alive to the sound of music as students from its sister town of Fürth put on a special performance in Paisley Town Hall. Fürth Music School and the Hallemann School in Germany visited Paisley as part of their tour of Scotland which sees them play in Edinburgh, Paisley and Glasgow. Incorporating vocals, drums, guitars, flutes and keyboard, the band showcased their significant talents to Renfrewshire’s Provost Anne Hall and members of the public in the Alexander Wilson Suite.

Performing traditional German music with a twist as well as classic songs such as ‘I Will Survive’ and ‘Rock Around the Clock’, the band played a lunchtime concert before moving on to perform for the veterans at Erskine in the afternoon.

The students also performed at Paisley Abbey during last Sunday’s service- making the most of their time in their twin town.

Paisley has been twinned with Fürth since 1969 and also has further twin town links with Gladsaxe in Denmark.

Provost Hall said: “I am delighted to further our international links by welcoming the students from Fürth to Paisley.

“Paisley has a strong tradition in producing talented musicians and it is clear that our sister town follows the same path after listening to their fantastic performance.

“As our bid for UK City of Culture 2021 continues to gather pace, our town twinning links will be an important part of illustrating our culture and we will continue to build on the strong relationship we have developed with Fürth.”

You can learn more about Paisley’s bid for UK City of Culture 2021, and how you can help support the bid, by visiting www.Paisley2021.co.uk, liking /Paisley2021 on Facebook or following @Paisley2021 on Twitter and Instagram