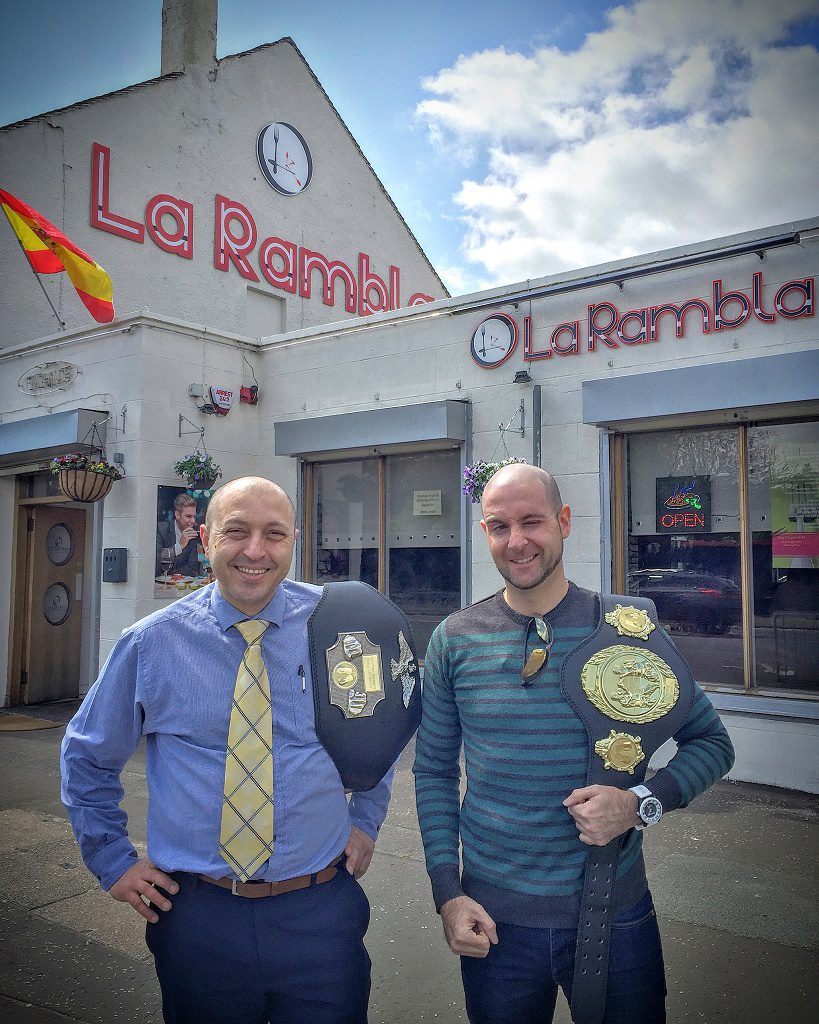 A taste of Spain, right in Paisley.

Popped into La Rambla at the bottom of Renfrew Road, next to the North Croft medical practice. On entering La Rambla we were greeted by a friendly waitress who attended to myself and my partner, we were seated in the bar area to make our food choices. The whole restaurant was very bright, airy, the decor was modern and we were given olives, bread and nice fresh water to sit and nibble whilst making our choice from a very substantial menu. Upon receiving the menu we noticed that the prices and range of food were superb, we could order 3 tapas dishes for 6.99 (we had the lunchtime menu) added to which they also have a wide range on the vegan menu. We spoke to one of the other customers who said he was purely vegan and when he goes to most places they take things out of the food to make the dish vegan -friendly, whereas La Rambla actually create dishes that he and his wife order regularly, they are huge fans of the restaurant.

Our food was brought out in a quick time and the portions were huge compared to anywhere else I have been, the manager also popped by to say a polite hello and welcome us. I asked a few questions and we got on to the entertainment they do and was surprised to hear the do very successful salsa classes every Tuesday and that they were introducing Live music with Paisley’s very own Alan McKim starting a live session on the 23rd June inside the bar area of the restaurant. Not only that but the infectious enthusiasm of the staff seems to have spread to the kitchen with one of their young chefs having won Scottish Seafood Young Chef of the Year and is now going for the UK title.

We were also chatting to a young man called Paddy Herron who is the Scottish Western District lightweight boxing champion and guess what?  La Rambla are not only backing him financially by supporting the evening that is coming up at the OnX Linwood on the 11th June. Paddy and his family use La Rambla for the nutritional values of the vegan menu that is on offer.

Not only that, it looks like the Salsa classes could have two extra people for next Tuesday’s classes, now that will be a fun evening, not only watching me try to dance but that the whole place is like a small friendly community that you want to be part of. Certainly not just an ordinary lunch experience, fun, friendly, filling and yes we will be back! Well done to the La Rambla staff… If I was to say to anyone to try somewhere in Paisley to eat, then this is first on my list and I know they won’t be disappointed.

The latest hair trends for this summer
Scroll to top