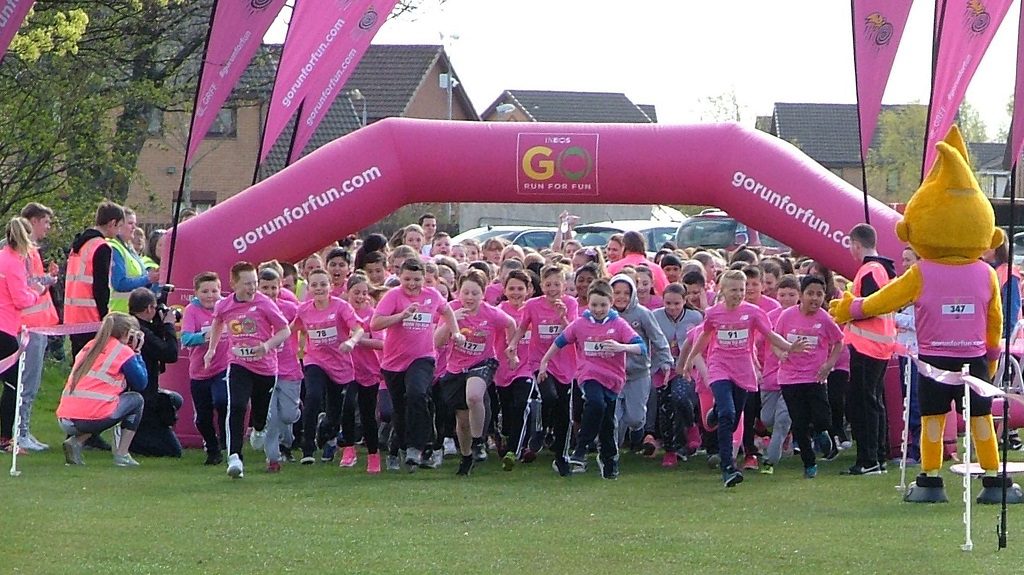 HUNDREDS of youngsters went on the run yesterday…and enjoyed every minute of it.
They were joined by Scots international middle-distance athlete, Laura Muir for a mile-long Fun Run organised by Renfrewshire Leisure and the Go Run For Fun initiative, which aims to encourage children to become more healthy and active. On your marks…the fun runners head off round the course.

More than 600 children from four primary schools in Renfrew – Kirklandneuk, St James, Arkleston and Newmains – took part in the event held at the King George V Playing Fields in the town.

Before the Fun Run, the excited youngsters gathered en masse in front of a stage to warm up by learning and performing the Go Run For Fun dance and meet up with Dart, the organisation’s mascot. 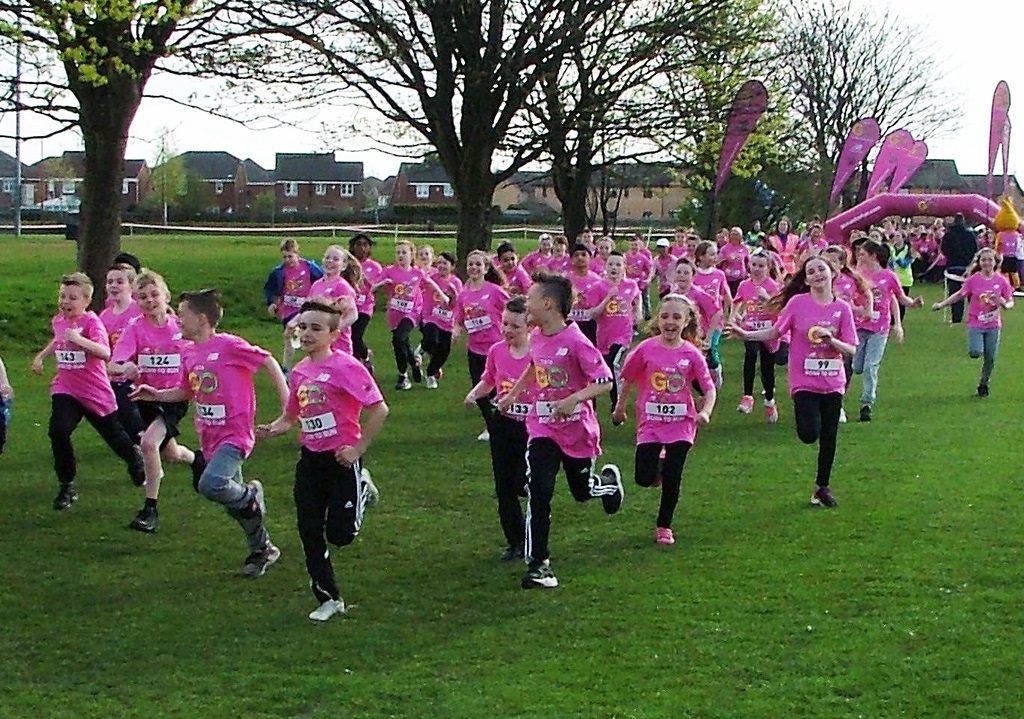 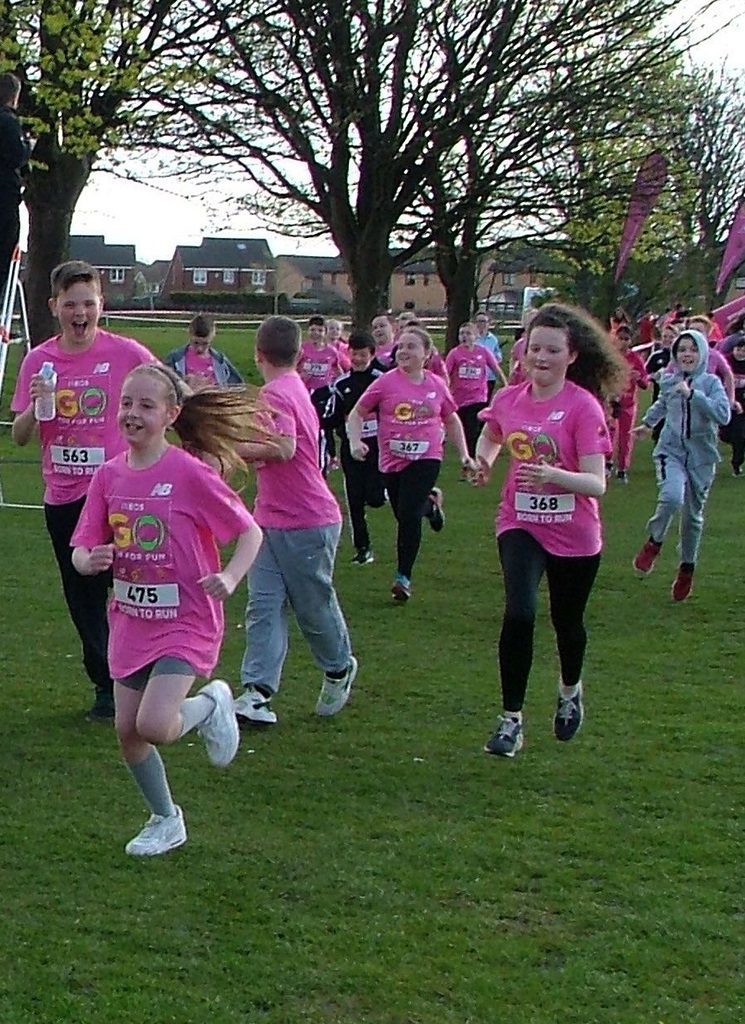 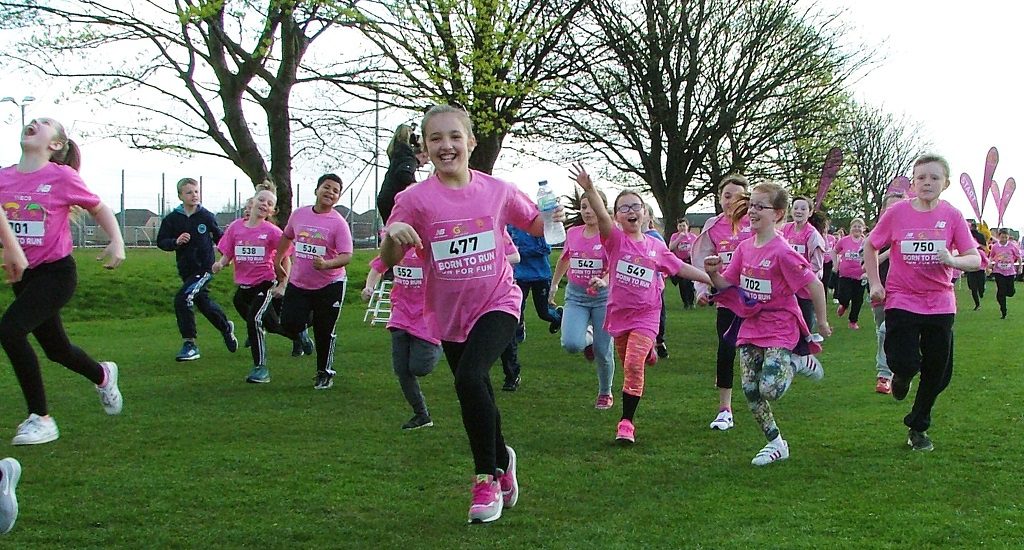 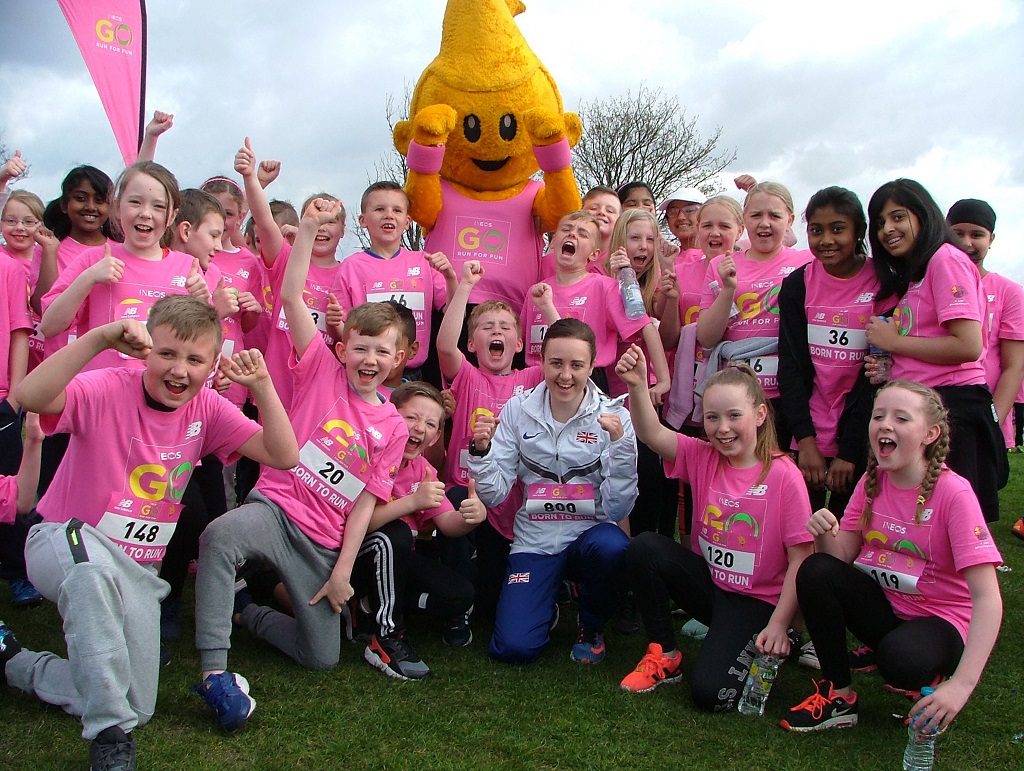 The fun runners learn the Go Run For Fun dance. 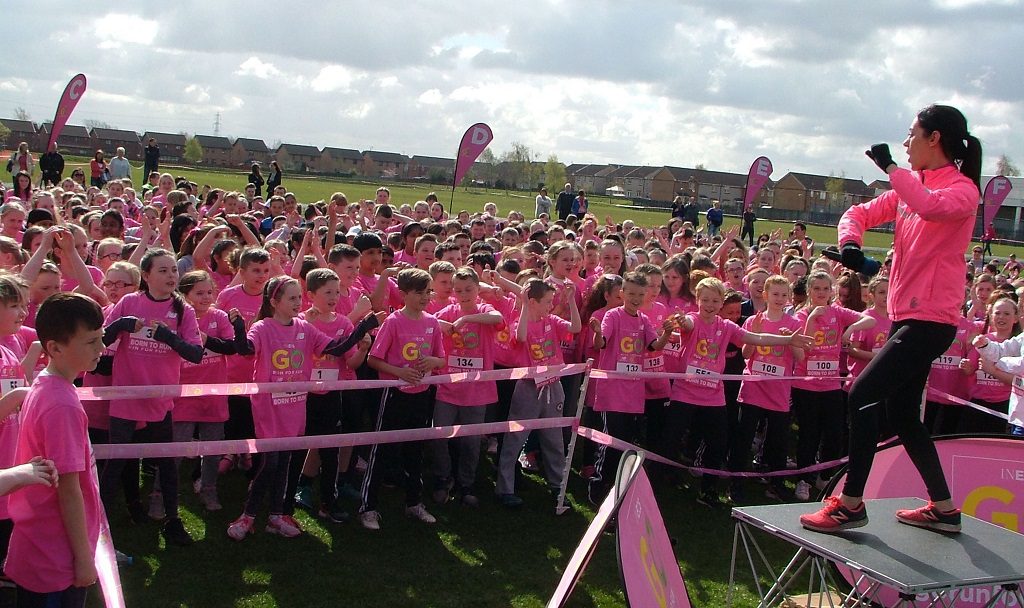 The fun runners learn the Go Run For Fun dance.


After being introduced to the cheering pupils, runner Laura Muir – who has represented Great Britain in the World Championships, competed in the 2014 Commonwealth Games and hopes to be chosen to represent GB in the Rio Olympic Games – said:
“This is a huge having all these kids here and not only is it great fun for them, but they get to be active as well.
“I started running at their age and this is the sort of event that can encourage youngsters to take up running as a sport.
“And you never know, we may have a future international runner here today.”
The hundreds of pupils ran round the course with great enthusiasm after they raced over the starting line in six waves of excited kids.
Chief executive of Renfrewshire Leisure, Joyce McKellar said: “It was a fantastic sight to see – hundreds of youngsters in their pink T-shirts heading off on a Fun Run around the playing fields.
“They had a whale of a time and the whole idea was to make it a fun morning for them and at the same time get them active and give them at taste of what running is like as a sport.”
https://www.paisley.org.uk/wp-content/uploads/2016/04/start.jpg 575 1024 Danielle McGuire https://www.paisley.org.uk/wp-content/uploads/2015/09/paisley-logo-trans.png Danielle McGuire2016-04-22 16:42:262016-04-22 16:44:50Hundreds of kids have fun on the run