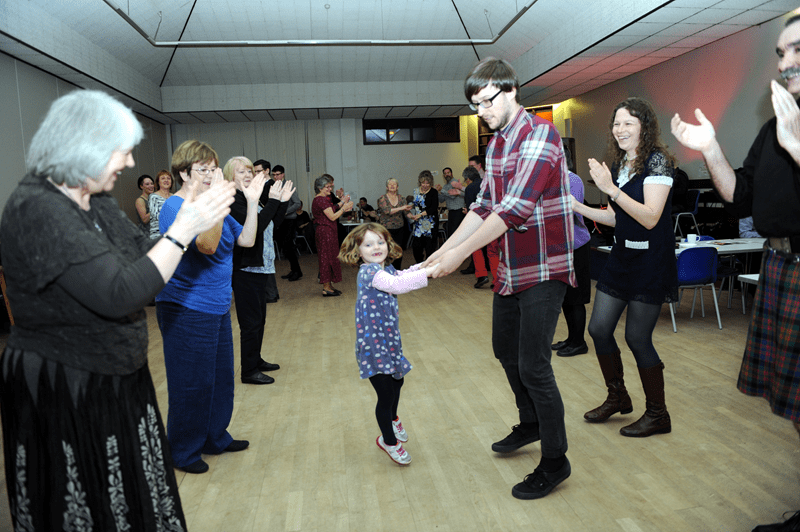 Fair trade was the order of the day as Renfrewshire sat down for breakfast and stood up for farmers in support of this year’s Fairtrade Fortnight. Campaigners were asked to draw inspiration from the famous Martin Luther King quote: “Before you finish eating breakfast in the morning, you’ve depended on half the world.”

A number of events were held by Renfrewshire schools and communities to celebrate the busiest two weeks of the year for fair trade campaigners.

‘The Reel Stramash’ provided the entertainment for over 60 revellers as the fortnight began with a fair trade ceilidh hosted by local organisation Rainbow Turtle.

Fair trade was discussed on a local and national level as a speakers evening was held in Paisley Town Hall which saw inspiring talks from Bala Sport, Carishea, Olive Tree, Rainbow Turtle and Just Trading Scotland.

The fortnight continued as over 100 people attended the Fairtrade Festival held in Paisley which featured stalls selling Fairtrade goods, free tasters of Fairtrade food and entertainment provided by the Renfrewshire Community Gospel Choir, the Street Stuff dancers and Trevor Gregory of Carishea.

Renfrewshire’s schools encouraged their children to think about where their food comes from and took part in a food diary and paper plate activity which saw children learn why it’s important that producers and farmers are treated fairly.

St James’ Primary in Renfrew embraced the theme of the Fortnight by holding a fair trade breakfast to show how much we rely on farmers for our daily meals.

The Renfrewshire Fairtrade Steering Group also aimed to inspire children to recognise fair trade through sport by providing every school in Renfrewshire with a Fairtrade football.

Chair of the Renfrewshire Fairtrade Steering Group, Councillor Jim Sharkey said: “It has been yet another terrific Fairtrade Fortnight with a number of brilliant events taking place.

“From our Fairtrade Festival to the numerous Big Breakfasts that were held, our schools and communities have shown a willingness to support fair trade and learn how to make it a part of their everyday lives.

“However it is important to recognise that fair trade does not begin and end during these two weeks and it is vital that we continue to support the cause throughout the rest of the year.”

If you find a fair trade retailer you could always search through http://www.voucherbin.co.uk/ to see if you can get money off vouchers for any fair trade item.