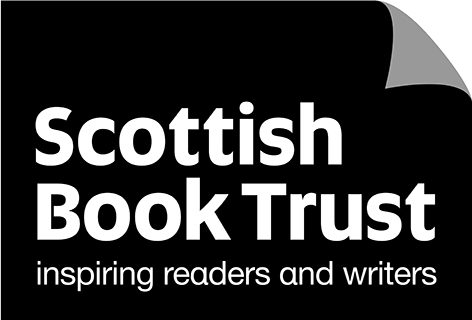 Ross MacKenzie, a Renfrew-based author and journalist, was today (2 March) announced as the winner of the Younger Reader’s (8-11 yrs) category of the Scottish Children’s Book Awards 2016, which celebrate the most popular children’s and young adult books by Scottish authors or illustrators.

Scotland’s largest book prize for children’s authors and illustrators, with each winning book receiving £3,000, the Scottish Children’s Book Awards are voted for exclusively by children and are run by Scottish Book Trust and supported by Creative Scotland through Regular Funding. Nearly 30,000 votes were cast in this year’s awards, which are judged in three age categories – Bookbug Readers (3-7), Younger Readers (8-11) and Older Readers (12-16). Children across Scotland were encouraged to read the three shortlisted books in their age category and to vote for their favourite. A free copy of each of the three books in the Bookbug Category shortlist was gifted to every Primary 1 child as part of Book Week Scotland 2015.

Ross won the Younger Readers (8-11) category for his novel The Nowhere Emporium. Published by Floris Books, the book explores what happens when the mysterious Nowhere Emporium arrives in Glasgow, and orphan Daniel Holmes stumbles upon it by accident. Before long, the ‘shop from nowhere’ — and its owner, Mr Silver — draw Daniel into a breathtaking world of magic and enchantment.

A former winner of a Scottish Children’s Book Award in 2011 for fantasy adventure Zac and the Dream Pirates, Ross was born in Glasgow but grew up and still lives in Renfrew with his wife and two daughters. Ross studied graphic design at college, and after graduating went on to become a page designer for the Daily Record.

Commenting on his win, Ross said:

“I’m so delighted to have won the SCBA for ‘The Nowhere Emporium’! Scottish Book Trust do such an amazing job, and these awards are extra-special because it’s the readers who make the final decision. Children don’t often get the chance to have a voice on this sort of scale, and I believe it’s important for them to know that they have that voice and that their opinions matter.
Long may the SCBA continue!”

“It’s a well-worn statistic that a love of books is more important for children’s educational success than their family’s socio-economic status. Initiatives like the Scottish Children’s Book Awards are intended to instill a love of books in children right from the very start, by making the process of reading fun, interactive and collaborative. But it’s the teachers, librarians, parents, and of course the authors and illustrators, who bring this project to life for the pupils – who download the resources, who put on the silly voices, who cuddle and tickle and leap about. Today we’re celebrating all the people who bring the magic of books to children and set them on a path to being booklovers for life.”

“Once again the Children’s Book Awards confirm Walt Disney’s maxim that “there is more treasure in books than in all the pirate’s loot on Treasure Island”. If you’re only buying one book for your child this year, buy all three.”

An open photocall will be held on Wednesday 2nd March from 9.30am – 10.30am at The Grand Central Hotel, Glasgow. To attend or to request pictures, please email helen.croney@scottishbooktrust.com.

Mum’s the word at Pro-Life
Scroll to top