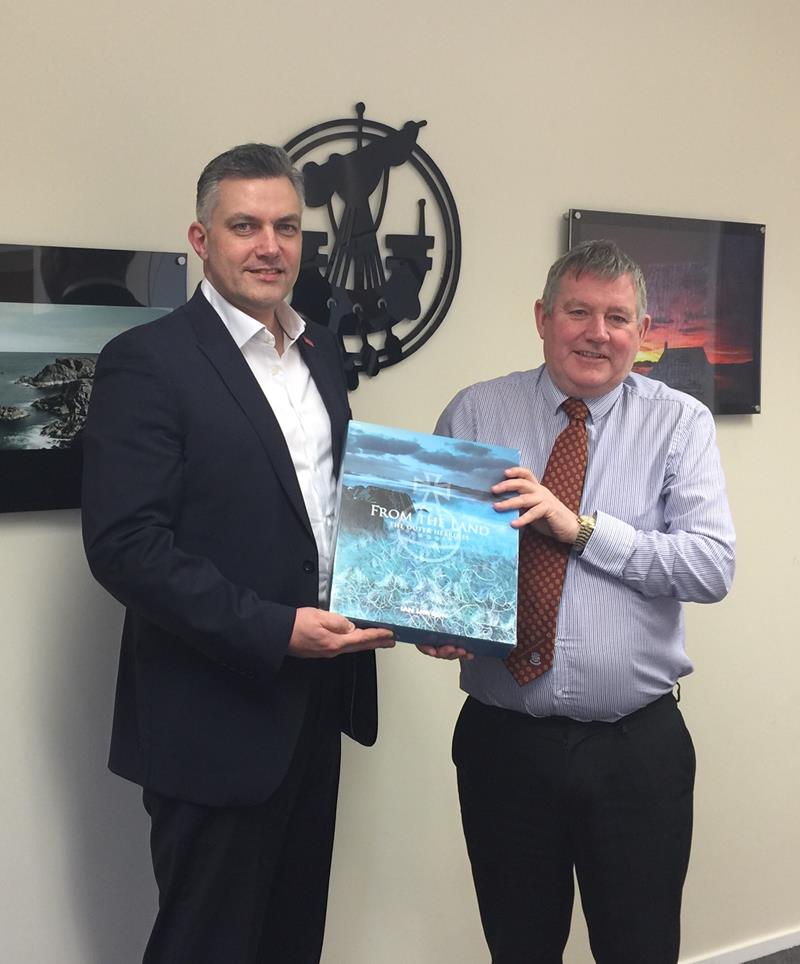 A Renfrewshire delegation has been on a fact-finding mission to study how Paisley and its unique textile heritage could emulate the global success of Harris Tweed. The group spent a day in the Western Isles as part of wider work to study how Paisley could make better use of the worldwide appeal of the Paisley Pattern and the town’s weaving legacy.

While there, the group met with bosses at the Harris Tweed Association, the body which – under an Act of Parliament – oversees the manufacture of, and issues the official seal of approval to, all products sold as Harris Tweed.

They also spent time with management at Harris Tweed Hebrides, the island’s main producer of the cloth, and met senior colleagues at Western Isles Council to find out how they support the industry.

And there was a visit to the site of the new Museum nan Eilean in Stornoway, which has parallels with the £56.7m proposals unveiled last year to transform Paisley Museum into an international-class destination based around textiles.

The links between Harris and Paisley stretch back to the 1840s when two female islanders came south to be trained by local weavers – the cloth produced with the techniques they learned was of such quality their local landowner saw a chance to market it as a high-end product.

From there, Harris Tweed as we know it was born. To this day, a plaque dedicated to ‘the Paisley sisters’ sits on the site of their former cottage on the now-uninhabited island of Pabbay.

Council leader Mark Macmillan, who led the delegation, said: “Paisley’s bid for UK City of Culture 2021 is taking place as part of a wider push to transform our future by making the most of our internationally-significant heritage and cultural assets.

“Of course the Paisley Pattern sits close to the top of that list – not many places are fortunate enough to have a globally-recognised brand carrying their name, but the bid offers a chance to look at new ways to make the most of that iconic imagery.

“With that in mind, we visited the Western Isles to study how Harris Tweed is produced and marketed – and to see whether there is anything from their model we can apply to the Paisley Pattern.

“Currently Harris Tweed is exported to more than 50 countries, is used by elite fashion houses and designers, and is one of the biggest sources of employment on the islands, so there is a real international success story we can learn from.

“In doing so we are building on fascinating historic links between the islands – the skills of the Paisley weavers helped establish Harris Tweed in the first place, now we want to learn from the legacy our town helped create.”

For more information on Paisley’s bid for UK City of Culture 2021, visit www.paisley2021.co.uk