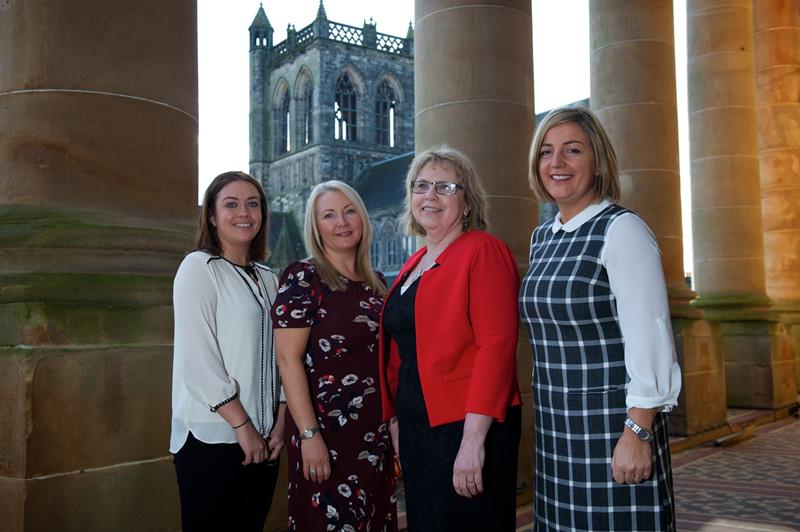 A £1m investment from the fund has now set up three new Families First core teams in Gallowhill, Foxbar and Johnstone.

They join the successful Families First approach that’s already delivering vital early years and family support services in Ferguslie and Linwood – bringing the total number of teams in Renfrewshire up to five.

Councillor Jacqueline Henry, Renfrewshire’s Convener for Education and Children, said: “Our ambitious Tackling Poverty Fund has allowed us to invest in a far-reaching package that has expanded proven approaches and launched new interventions to improve life chances for children.

“Families First is Renfrewshire’s pioneering family support programme which created core teams in two communities in 2013 to help families build better futures for their children. It has been independently evaluated by Glasgow University as ‘overwhelmingly positive’, and is also being held up as a national example of an approach to follow.

“All our children deserve the same opportunities and we know the valuable impact our Families First teams have had for families in Linwood and Ferguslie – so I am extremely proud this has been extended to Foxbar, Gallowhill and Johnstone.”