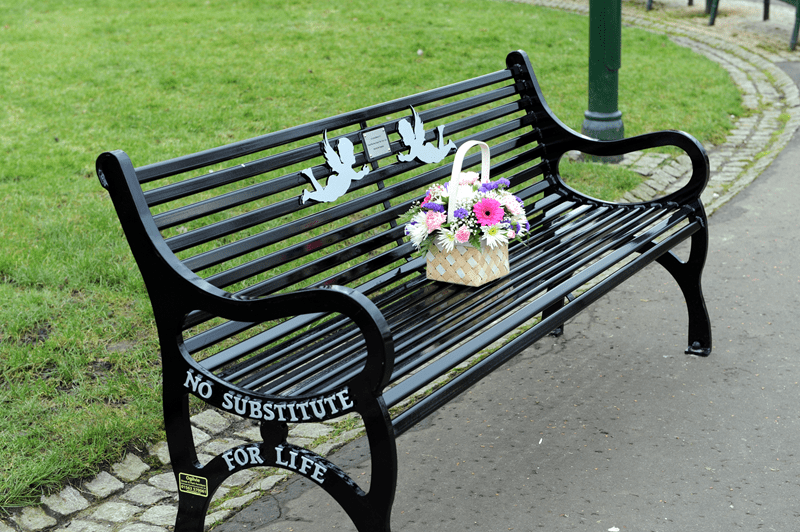 A memorial bench remembering those lost to suicide has been unveiled in Johnstone town centre. Since the loss of her son Sean, Kate has devoted herself to ensuring Johnstone has a permanent place for residents to reflect on their loved ones.

Kate said: “It’s a big achievement and it’s really exciting but it’s not just good for me, it’s good for the community. It’s somewhere people can go to remember their loved ones.”

Through her dedication to help others face the issue, Kate has become a support to many in the Johnstone community. 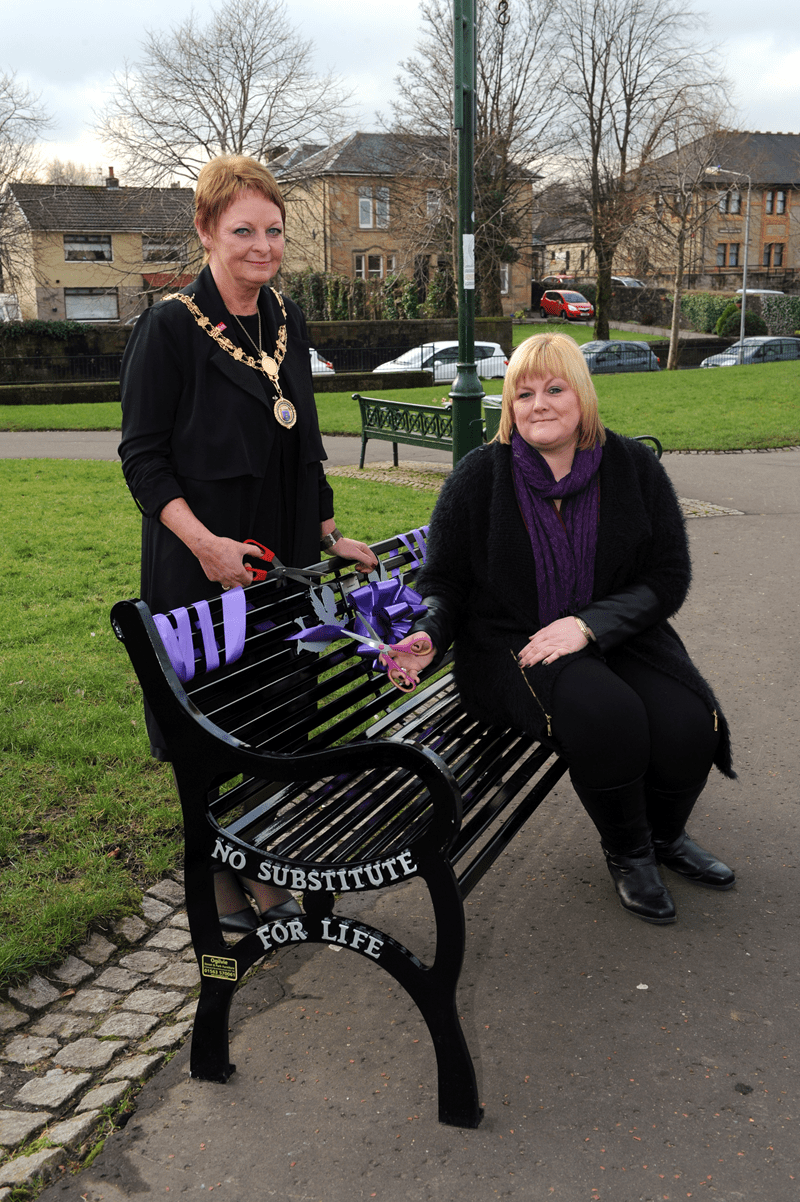 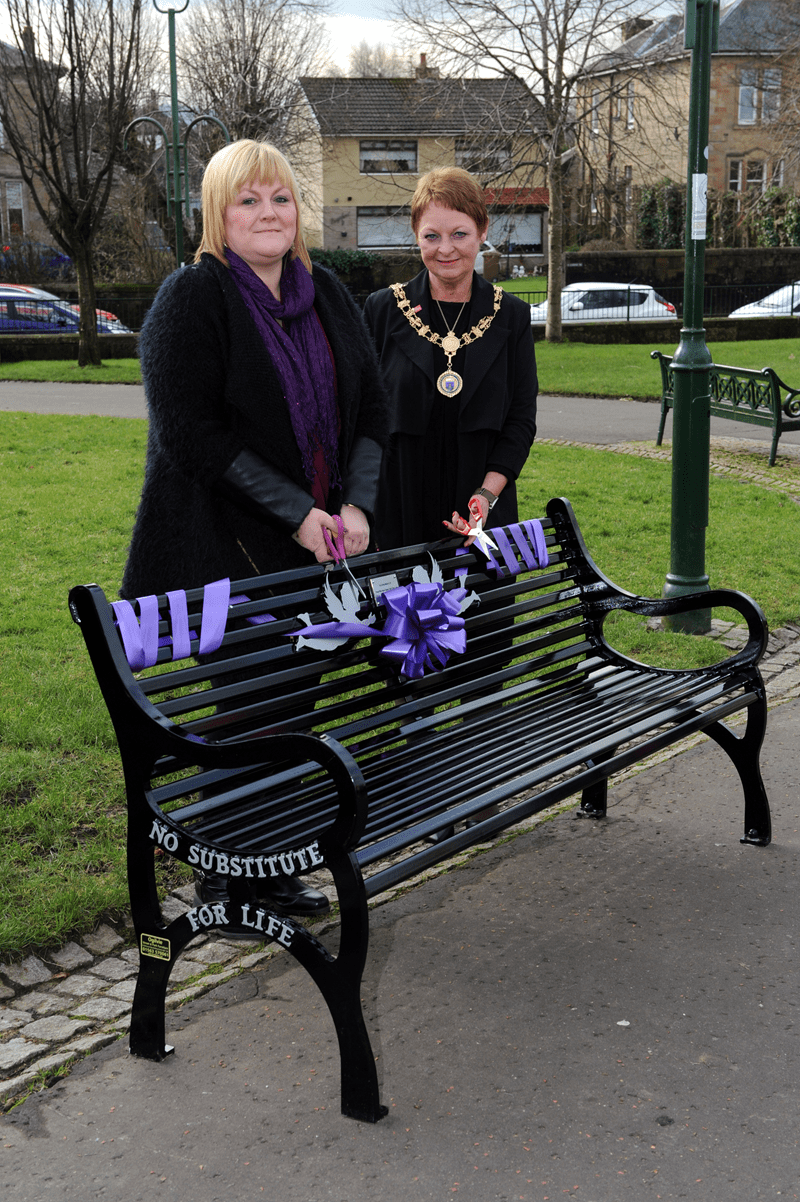 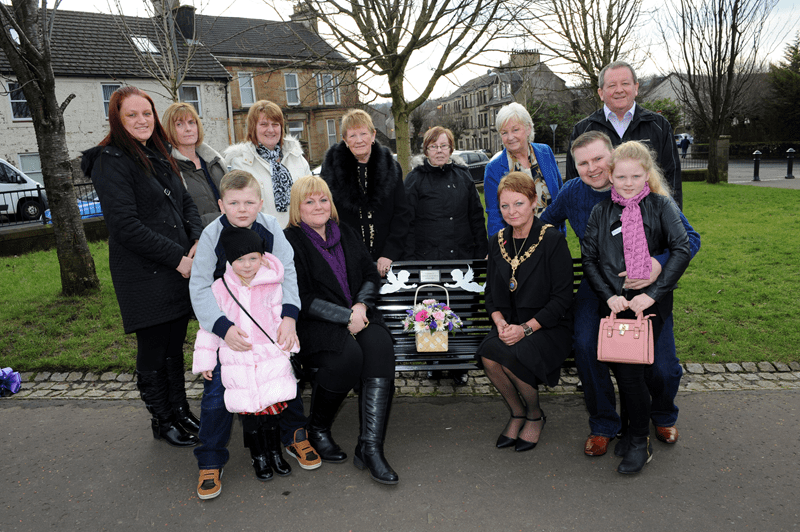 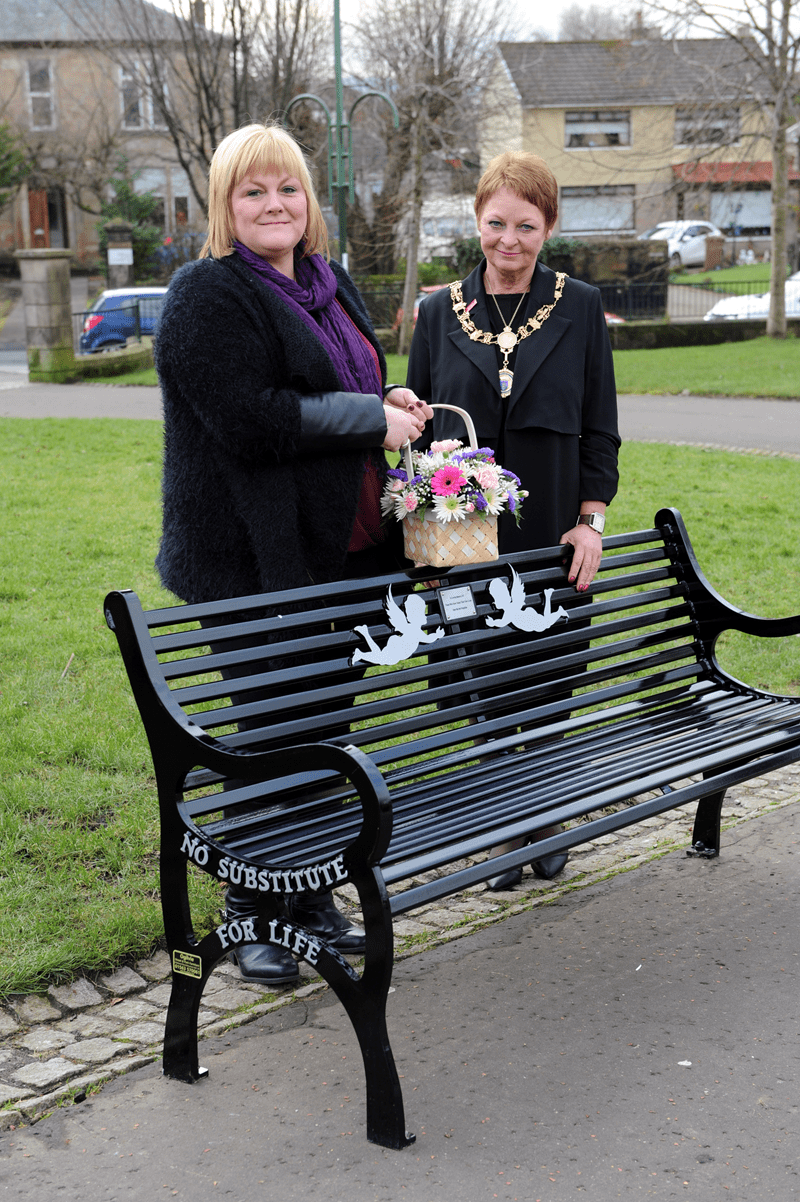 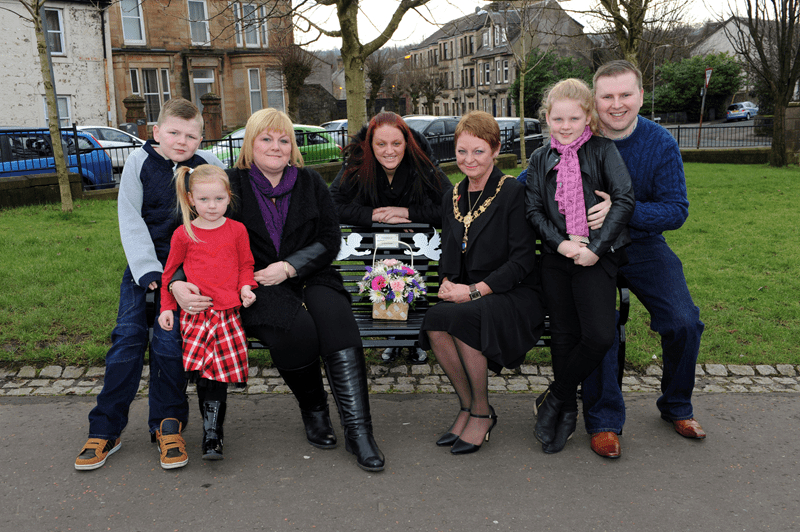 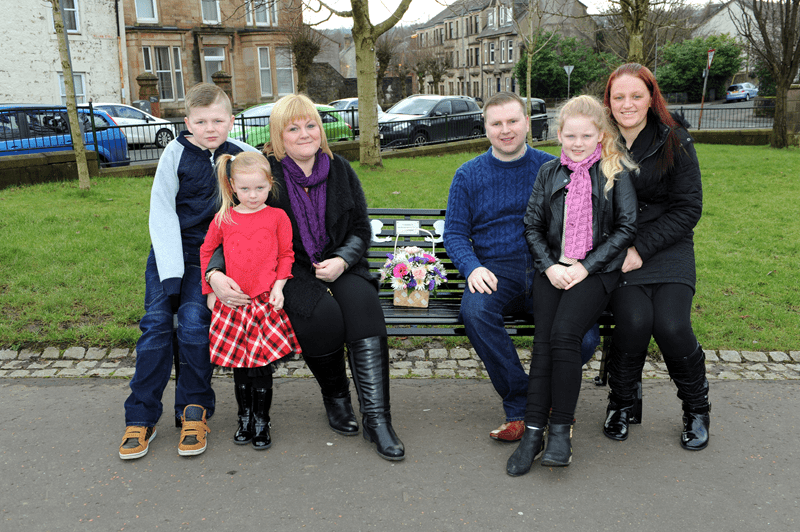 She added: “I feel I’m helping others and that’s what I’ve set out to do. I want to help folk through their journey. If I can give that wee bit of support and guide them, that makes me feel good and gives me a lot of comfort.”

Kate is a member of Renfrewshire support group Survivors of Bereavement by Suicide (SOBS) which provides an outlet for those who need support. The group aims to overcome the stigma that surrounds suicide and encourages people to talk to others facing a similar situation.

Kate said: “I don’t see the point of hiding it because there is a lot of stigma around suicide. I had no experience of anything until Sean and the amount that I know now from then has come a long way. I now know about the support groups and what is out there.”

Despite the dark times that have followed Kate’s loss, she is determined to make the most of her life and the lives of her family.

“You don’t get over it, you don’t. You learn to live with it and you learn to go through your life differently, adjusting. It’ll always be there, I’ll never forget him but at the same time he wouldn’t want me to be unhappy” she added.

Provost Hall, who attends the annual memorial service held at Renfrewshire House, said: “Kate and the SOBS group have been incredibly committed to the creation of this bench and I’m delighted it has become a reality.

“Suicide is an issue that has affected many people in the Johnstone community and it is important that there is an appropriate place for residents to remember their loved ones. I’m glad the memorial bench will achieve this.”

If you, or someone you know, is having suicidal thoughts then please seek the support available. It really can make a difference.

For more information on the Renfrewshire meetings of SOBS, call 0141 849 2200, or emailelizabeth.aitken@renfrewshire.gov.uk.

Glasgow News? Daily Updates part of our network
Trade Shows: Making Them Work for Your Business