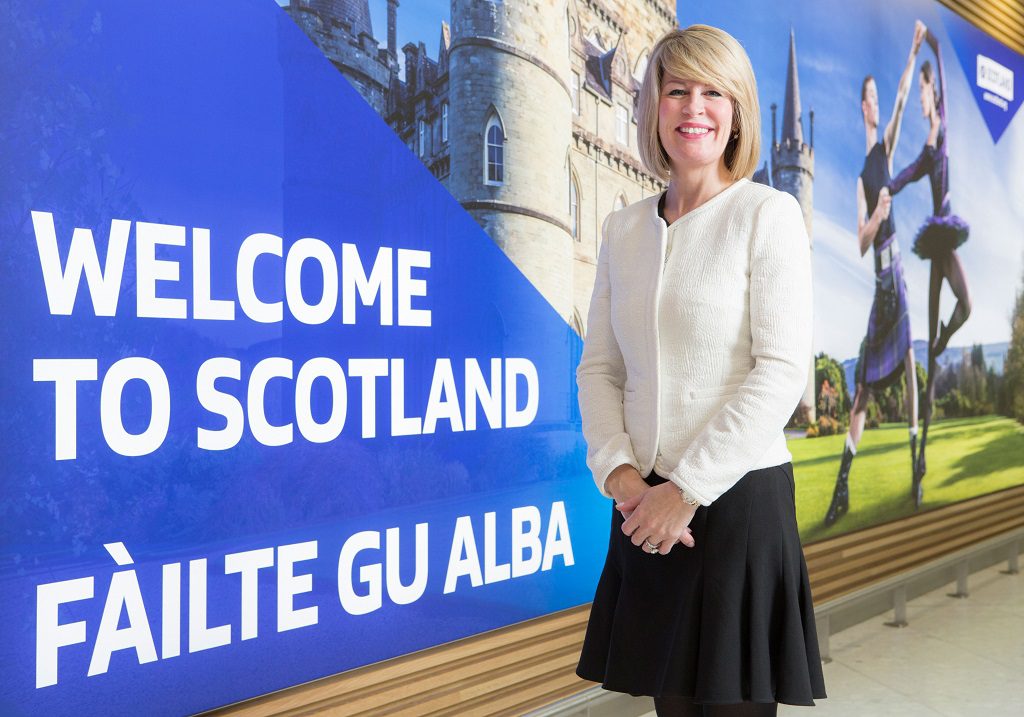 Glasgow Airport has continued its best ever start to a year – which this year marks its golden anniversary – by reporting its busiest February on record. During the month 582,879 passengers travelled through the airport’s doors, representing an annual increase of 14.1%, making it the airport’s busiest January and February since records began.

International traffic grew by 13.2% due to strong demand on European routes to Berlin, Reykjavik and Milan.  Aer Lingus also added capacity on its Dublin service, and Eurowings reported particularly strong demand on its Dusseldorf route.

Amanda McMillan, managing director of Glasgow Airport said: “This year marks a huge milestone for the airport as we celebrate our golden anniversary year.  What makes that even more exciting is the fact that we are continuing to see our passenger numbers grow at record rates, following our success in 2015 securing more than 30 new routes and services.

“We are continuing to make improvements in our airport to accommodate this growth and will be investing significantly this year in a comprehensive airside terminal redevelopment which will include new catering and retail outlets.

“Later this month we will welcome the first of our major new flag carriers when Air France launches its daily service to Paris Charles de Gaulle.  Over the coming months we will also begin new services to Montreal, Newquay and the Spanish city of Girona.”

February’s performance follows the airport reporting its busiest January on record and its busiest year in 2015 since 2007. Annual passenger numbers grew by 13% to over 8.7 million ensuring the airport recorded its fifth consecutive year of growth and was named as one of the fastest growing airports in Europe.