Gavin Newlands has backed a campaign calling for a fair tax deal for Malawi, a country with strong
historic links with Paisley and Renfrewshire North. ActionAid’s #MakeTaxFair campaign is pushing for reform of the 1955 UK-Malawi tax treaty, which makes it possible for UK companies operating in Malawi to dramatically reduce their tax bill. The call is part of a wider
campaign to reform unfair tax treaties. 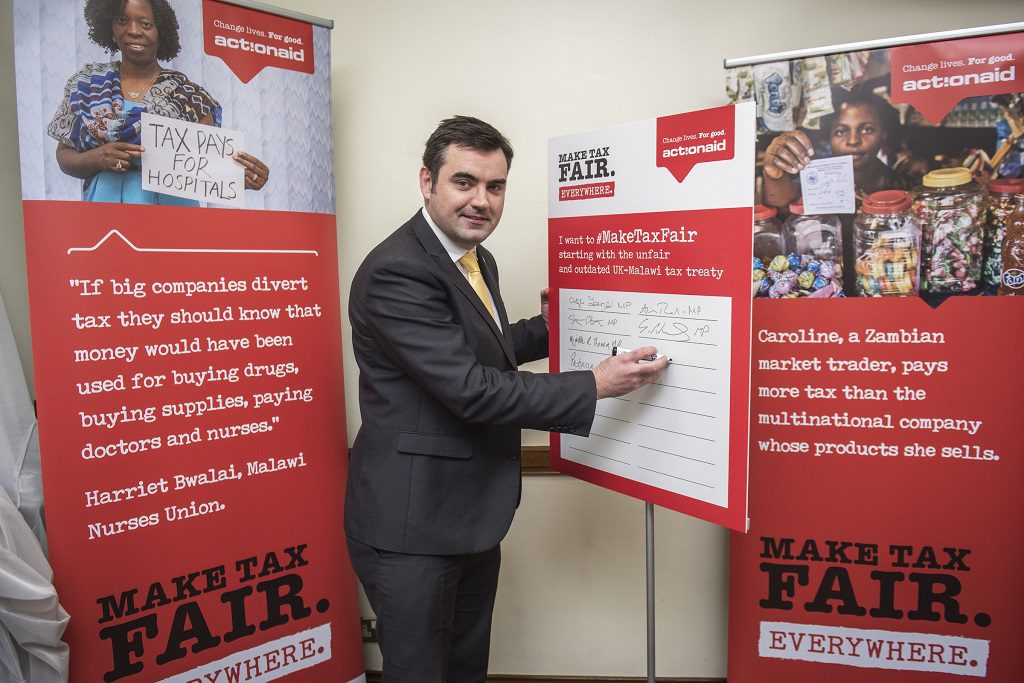 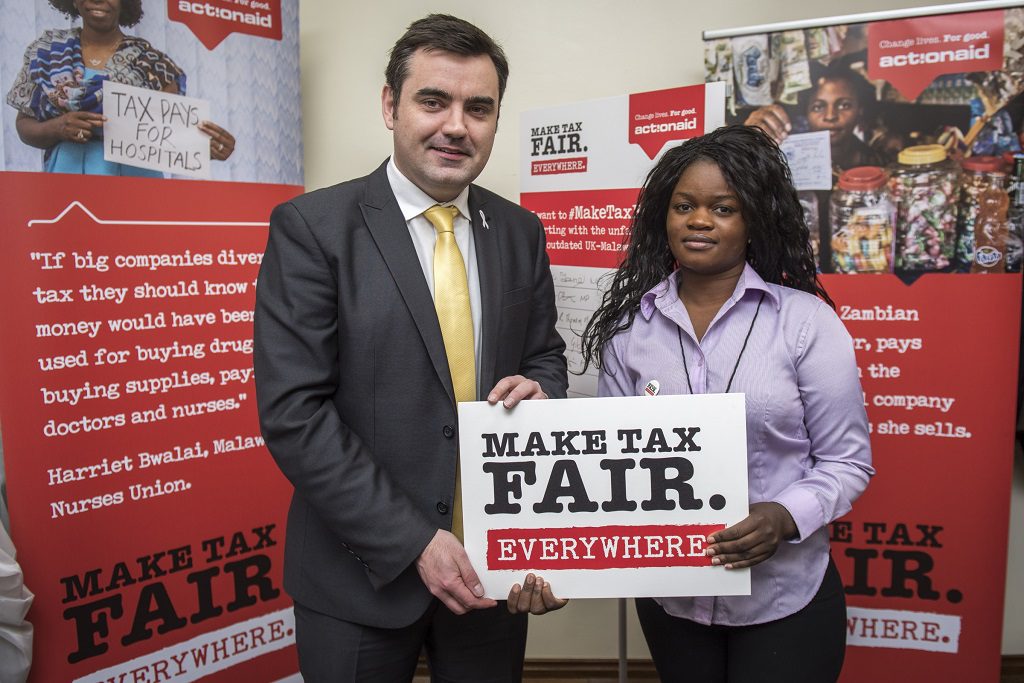 Scotland has had close links with Malawi, dating back to when Scottish explorer David Livingstone arrived in Malawi in the 1850s. Each year, more than 94,000 Scots are involved in organisations that link with Malawi,
according to the Scotland Malawi Partnership, the national network which exists to coordinate, represent and support Scotland’s civic links with Malawi, and which is supporting ActionAid’s campaign.

The Scotland Malawi Partnership has a number of member organisations in Renfrewshire which have links with Malawi, such as Just Trading Scotland, based in Paisley, which is doing incredible work importing Malawian produce
into Scotland and St Benedict’s High School in Linwood, which is linked with St Patrick’s Minor Seminary in Rumphi, Malawi. Renfrewshire Council also has a number of links with Malawi, for example 30 Renfrewshire Council trade
workers and apprentices recently volunteered to build a school in Malawi.

Malawi is one of the poorest countries in the world, with GDP per person of just $255 per year. This is a country where 10.5 million people live in extreme poverty – surviving on less than US$1.90 a day. More tax revenue is
desperately needed to improve public services and pay for more doctors and teachers. Malawi has one of the highest child mortality rates in the world with more than one in twenty children dying before the age of 5.

UK companies are the third largest investor there, with investments worth a total of US$157 million in 2010. Yet the outdated and unfair tax treaty has tied the hands of the Malawian government. The treaty was signed in 1955,
prior to Malawi’s independence, by the British Governor on behalf of the governments of the British colonies of Southern Rhodesia, Northern Rhodesia and Nyasaland.

The treaty is so out-of-date that it does not cover the taxation of television related income. The treaty also makes it possible for British multinationals to easily move money out of Malawi untaxed using methods such
as interest or management fee payments, dividends or royalties.

Gavin Newlands MP is supporting a joint campaign with Malawian and UK activists, calling on the Government to replace this treaty with one that is fairer, and that supports Malawi in its fight against poverty.

Since the campaign launched, both the UK Government and the Government of Malawi issued statements in which they say they hope a treaty can be renegotiated soon. ActionAid and the Scotland Malawi Partnership welcome
this progress, and will continue campaigning to ensure that any new treaty is fair and helps Malawi raise revenue to fight poverty.

Gavin Newlands said:  “Corporate tax scandals show how angry the British public are that big business isn’t paying its fair share. “Scotland’s long and enduring relationship with Malawi stretches back over 150 years, and today many local people in Renfrewshire are actively engaged in building up social, cultural and economic ties. But the UK-Malawi tax treaty is not fit for the 21st century. That’s why I’m calling on the UK government to agree a better deal with Malawi – one that ensures that UK companies pay their fair share in one of the world’s poorest countries.”

Charlie Matthews, ActionAid UK’s Senior Advocacy Adviser, said: “Malawi is losing out due to an outdated and unfair treaty, which makes it possible for UK businesses operating there to dramatically reduce their tax
bill. Women and girls living in poverty are the ones paying the price as public services like schools and hospitals are starved of funding.

“ActionAid is working with the Scotland Malawi Partnership to call on the UK government to negotiate a new, fairer treaty, one that makes tax fair for the people of Malawi.”

David Hope Jones of the Scotland-Malawi Partnership said: “Scotland is rightly proud of its many links with Malawi which date back more than 150 years to Dr David Livingstone. This dignified two-way people-to-people partnership unites our two nations in solidarity and friendship. Many of our 800+ member organisations across Scotland are
concerned at the out-dated 1955 UK-Malawi Tax Treaty. We applaud both the UK and the Malawian Government for their commitment to update this colonial-era treaty, helping Malawi retain more tax revenue for the benefit
of the people of Malawi. We look forward to seeing the outcome of the re-negotiation as soon as possible.”

Glasgow News? Daily Updates part of our network
Young people urged to Give to Get