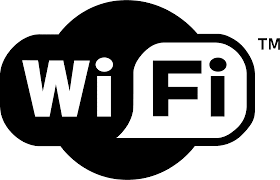 Renfrewshire is set to become one of Scotland’s digital trailblazers after the council approved a £1m investment in public wifi in its three largest towns. The innovative move was given the seal of approval today as part of the council budget and will deliver a two-pronged drive to achieve major economic and social benefits.

Plans to roll wifi out to Paisley, Johnston, and Renfrew town centres are currently being developed in partnership with University of the West of Scotland, West College Scotland, Paisley First and the Chamber of Commerce. Work is expected to start by the end of summer.

Councillor Mark Macmillan, Leader of Renfrewshire Council said: “This bold and transformational step will offer residents, visitors, businesses, and students free, unlimited, wireless internet access in Paisley, Johnstone and Renfrew town centres. We have a vision for a digital Renfrewshire and our investment will return major social and economic benefits.

“Renfrewshire deserves to be one of Scotland’s most connected areas and this will help to revitalise our three largest town centres, encourage shoppers and visitors to spend more time there – giving businesses a much needed boost.

“Paisley is already a well-established student town with thriving university and college campuses, and this investment will let us build on that by making sure students here can stay connected to online learning across the town centre.

“As Paisley’s bid for UK City of Culture 2021 gathers pace, we will be looking to attract new trade and visitors to the town, and its important we can offer them 21st century facilities when they are here.

“For Johnstone and Renfrew this news follows the major investment in town halls in recent years and will boost the continued regeneration of both towns.

“Internet access is also widely regarded as the ‘fourth utility’ – a basic right and absolute necessity to allow people to fully take part in everyday life – and we know the most vulnerable are often the most digitally excluded, so this move will let us take our fight against poverty into the digital era.”

This move will build on the already established free public wifi in Renfrewshire’s local libraries.

The council has been nominated for two Digital Leaders 100 for 2016 awards in the categories: ‘Digital Leader of the Year’ and ‘Digital Inclusion and Skills Initiative of the Year’ for its work to drive forward digital participation in Renfrewshire.