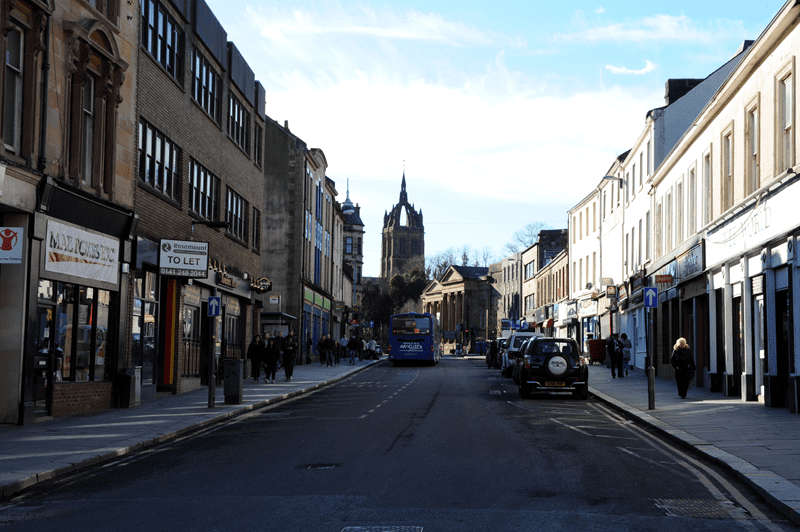 Plans for a multi-million pound transformation of Paisley town centre have taken a step closer after council bosses were handed a £1m funding boost. Renfrewshire Council wants to run a Townscape Heritage and Conservation Area Regeneration Scheme to improve the built environment across the town centre over the next five years.

The planned £4m programme would focus on a defined area covering the west end of the High Street, plus New Street and Shuttle Street, and would build on the good work achieved by a similar scheme just finished on Causeyside Street.

The £1m funding confirmed from Historic Environment Scotland – the Scottish Government’s conservation arm – will pay for part of the proposed scheme covering repairs to historic buildings.

But council bosses are waiting to hear if they have secured the full £2m funding earmarked by the Heritage Lottery Fund to pay for further building improvements and other activity designed to boost the local economy.

Should they get the green light on the lottery money, the scheme – which also includes a contribution from Renfrewshire Council – would kick off later this year.

A series of priority buildings have already been identified for repairs and restoration, while there would also be a programme of community activity designed to complement Paisley’s bid for UK City of Culture 2021.

Last year the council received initial funding of £113,000 from the Heritage Lottery Funding which allowed them to develop detailed plans for the full scheme but also to pay for necessary repairs to the stone walls surrounding Dunn Square.

Renfrewshire Council Leader Mark Macmillan said: “Paisley’s architectural heritage is among the finest in Scotland – and it is vitally important we keep it looking at its best for future generations.

“With the help of our partners at the Heritage Lottery Fund and Historic Environment Scotland, we did some great work with the now-completed THI/CARS scheme which has transformed the area around Causeyside Street.

“That included improvements to the public realm, restoration and repairs to tenements and to Paisley Arts Centre, and part-funded a number of new shopfronts.

“If full funding is secured for this new scheme, we will be able to spread the same benefits throughout an adjacent area of the town centre which needs a boost

“In doing so we will hopefully bring a few vacant buildings back into use, which should help bring more people into the town and benefit the local economy.

“And the programme of community activity could be starting at the perfect time, just as Paisley’s bid for UK City of Culture is gathering pace.”

Martin Fairley, Head of Investment, Historic Environment Scotland, said: “We are delighted to be able to offer £1m to Paisley as part of our Conservation Area Regeneration Scheme.

“As the name suggests, the aim of the scheme is to regenerate areas of historical interest, by restoring and preserving its historic buildings.

“This not only helps that area retain its unique identity but creates a number of jobs and training opportunities, and enhances the tourist potential.

“So, ultimately the aim is to create a sustainable boost for the economy and the improvement and preservation of the built environment.

“This is the second such award we have made to Paisley through the CARS scheme, after a grant of £730k was given in 2009.”