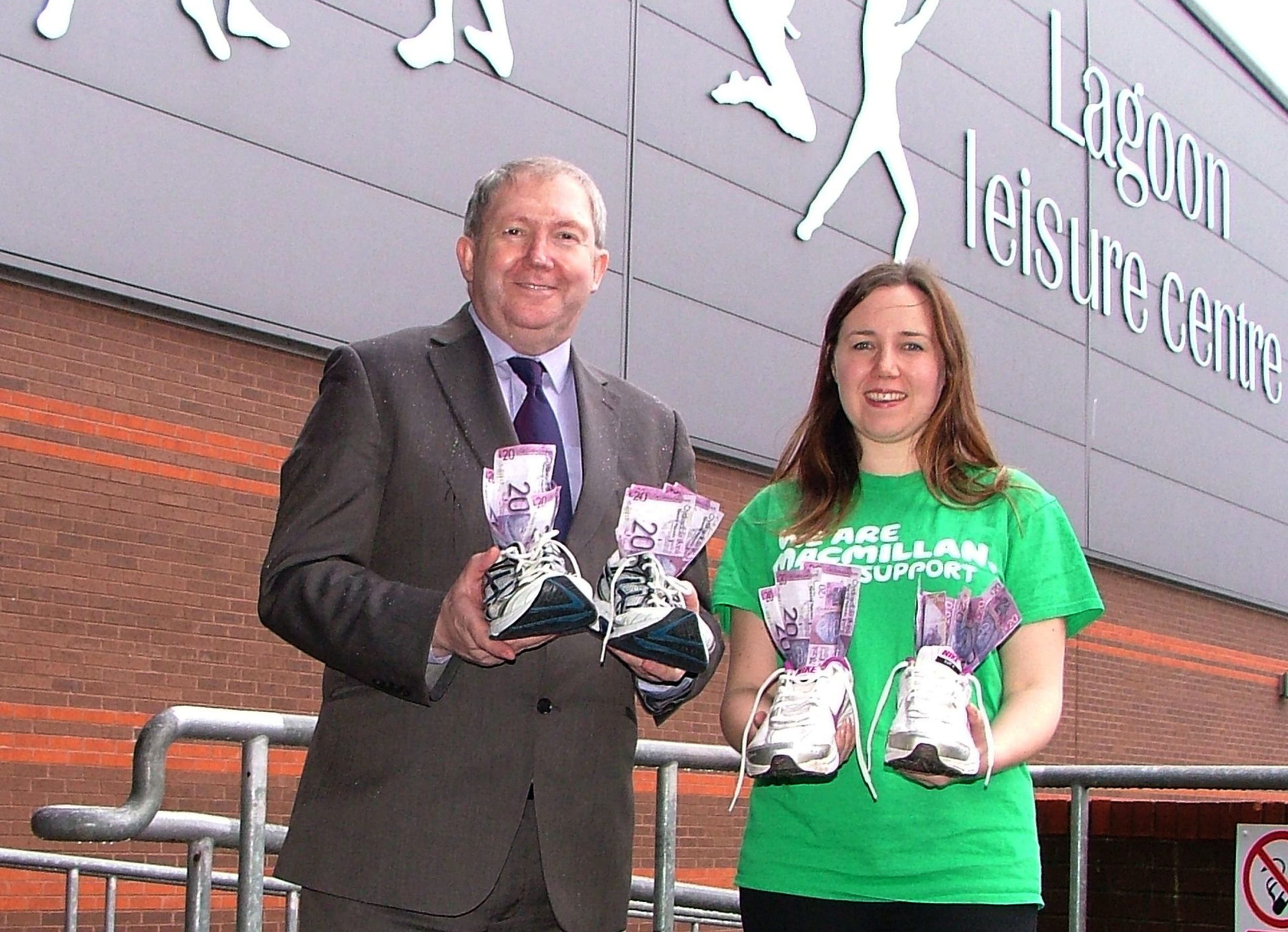 MACMILLAN Cancer Support certainly got a run for its money when they were the official charity partner of the Paisley 10k Race and Fun Run.

They received an amazing £6000 from organisers and runners who were sponsored to pound the streets of Paisley last August.
And there was more good news for Macmillan Cancer Support as it’s been announced they will be the charity partner again for this year’s event.

The charity’s fundraising manager locally, Karen Mathie met up with Councillor Jim Harte, chairman of Renfrewshire Leisure, who organises the Paisley 10k and Fun Run for the handover of the money raised from last year’s race.

Karen said: “All the money raised will be used to fund our services to cancer patients locally and every penny makes a difference.

“We rely heavily on donations and people fundraising for us. Without events like the Paisley 10k we couldn’t support people who have been diagnosed with cancer.

“So, it’s a big thank you to Renfrewshire Leisure and everyone who trains so hard to take part in the race and fun run.”

Karen added: “We’re delighted to be chosen as charity partner for a second time and I’m sure we’ll be able to raise even more money this year.”
Last year more than 1700 people took part in the Paisley 10k Race and Fun Run and Councillor Harte said: “We aim to make this year’s event even bigger and better than before and I’d encourage as many people as possible to take part.

“Not only is it a good way to get fit, it’s great fun and many of the people running are raising money for their favourite good causes.”