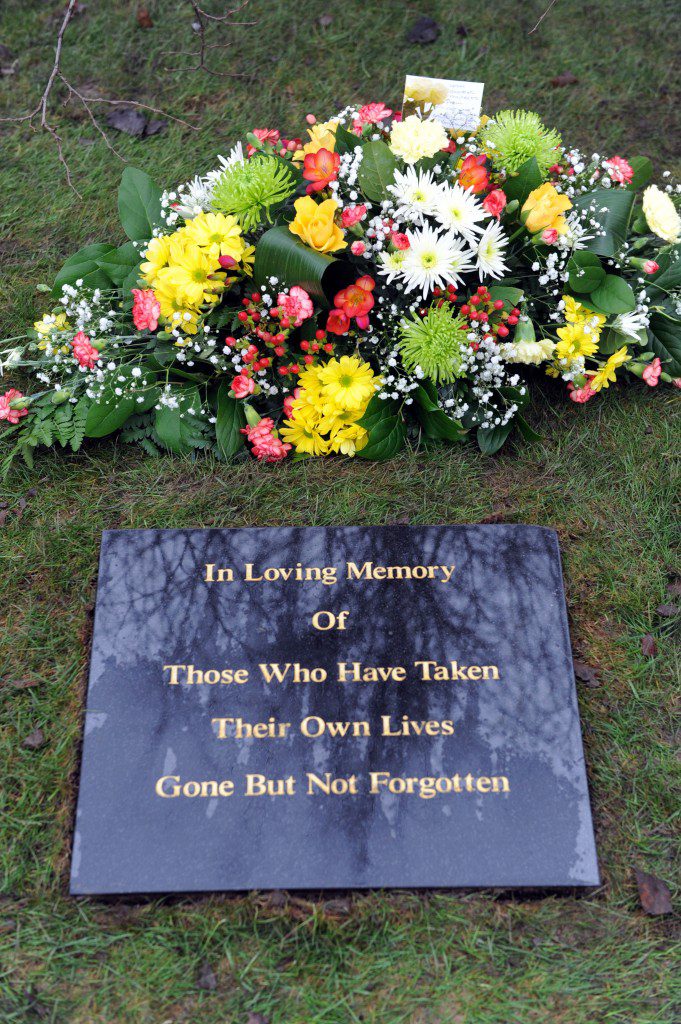 Relatives and friends who have lost loved ones to suicide gathered in Paisley for a special remembrance service on Wednesday 20 January. The annual event gives people the opportunity to remember those they have lost and find support through others who have faced similar experiences.

The event was organised by the Choose Life team on behalf of local support group Survivors of Bereavement by Suicide (SOBS), and was led by Renfrewshire’s Provost Anne Hall.

A short reading and prayer was delivered by Reverend Alan Birss of Paisley Abbey and poems were read by members of the Choose Life team in the Marriage Suite of Renfrewshire House. 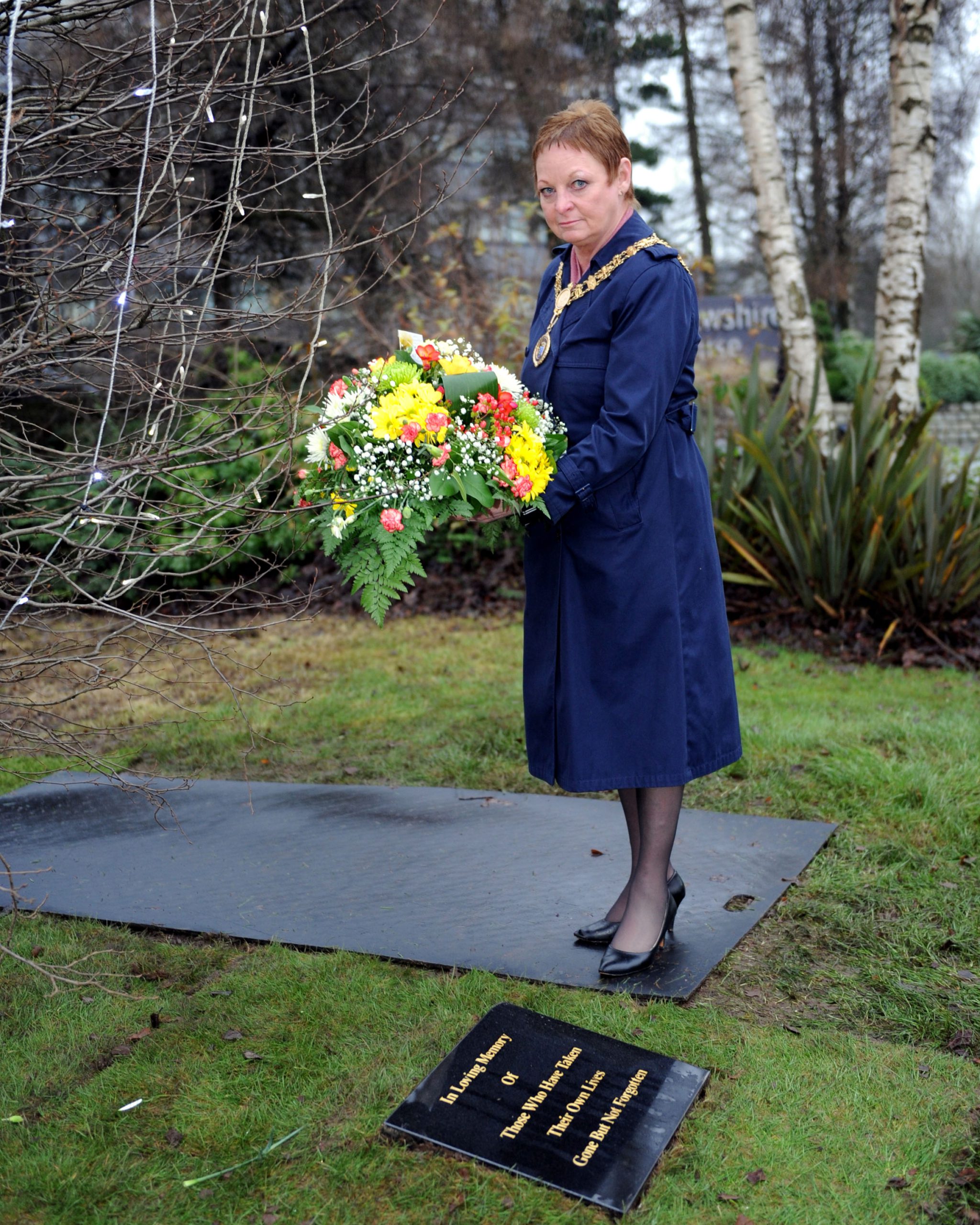 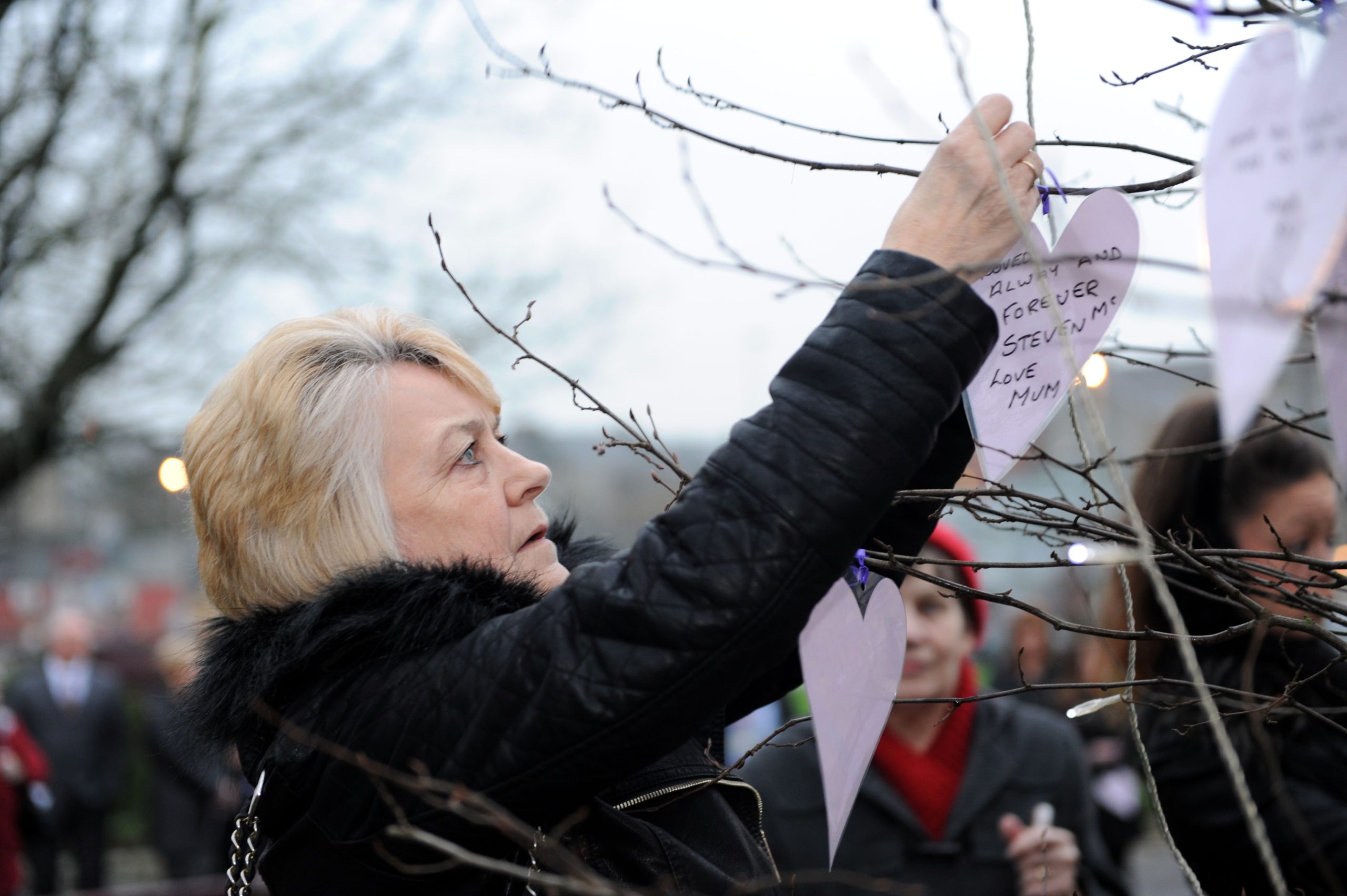 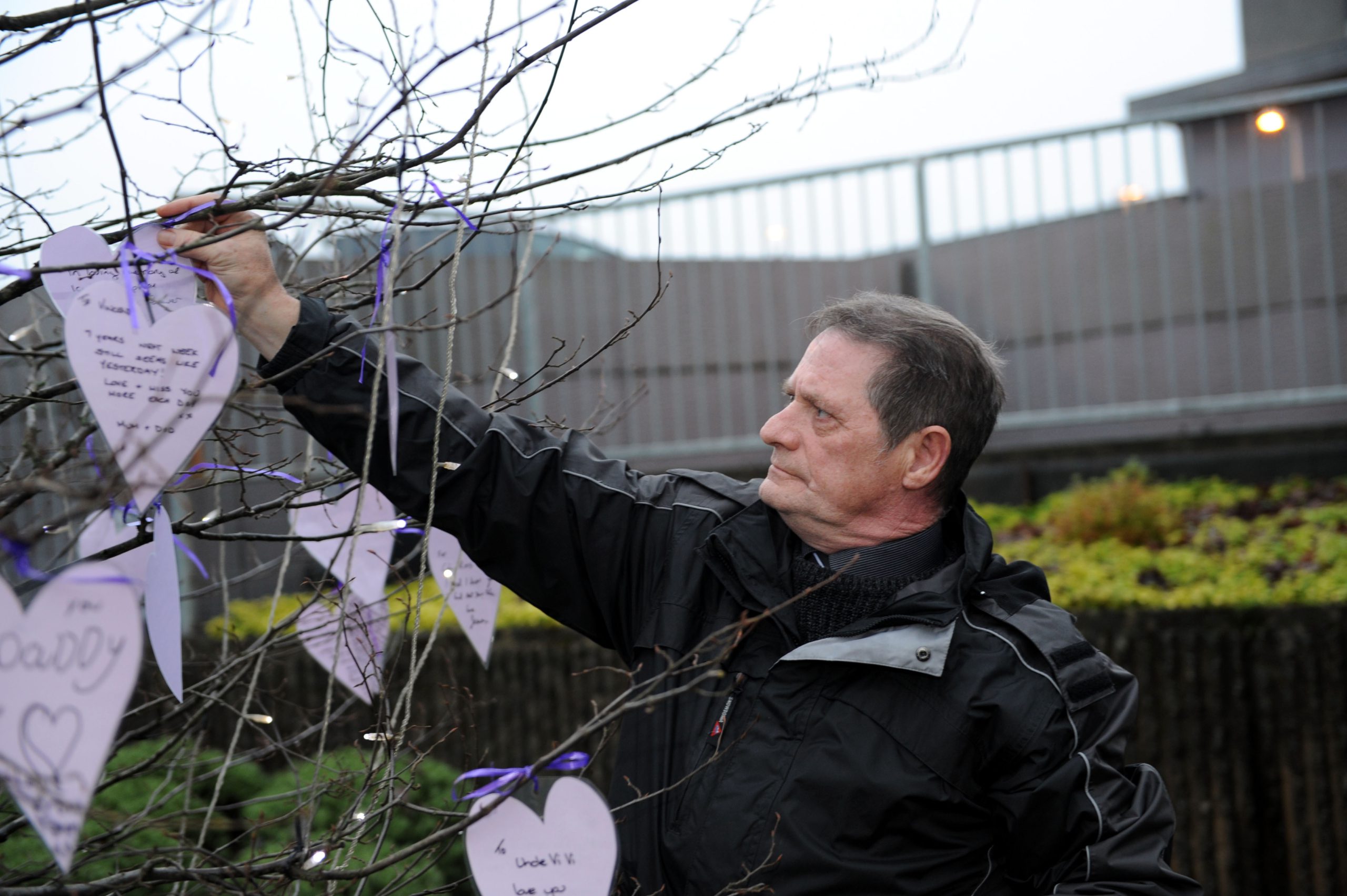 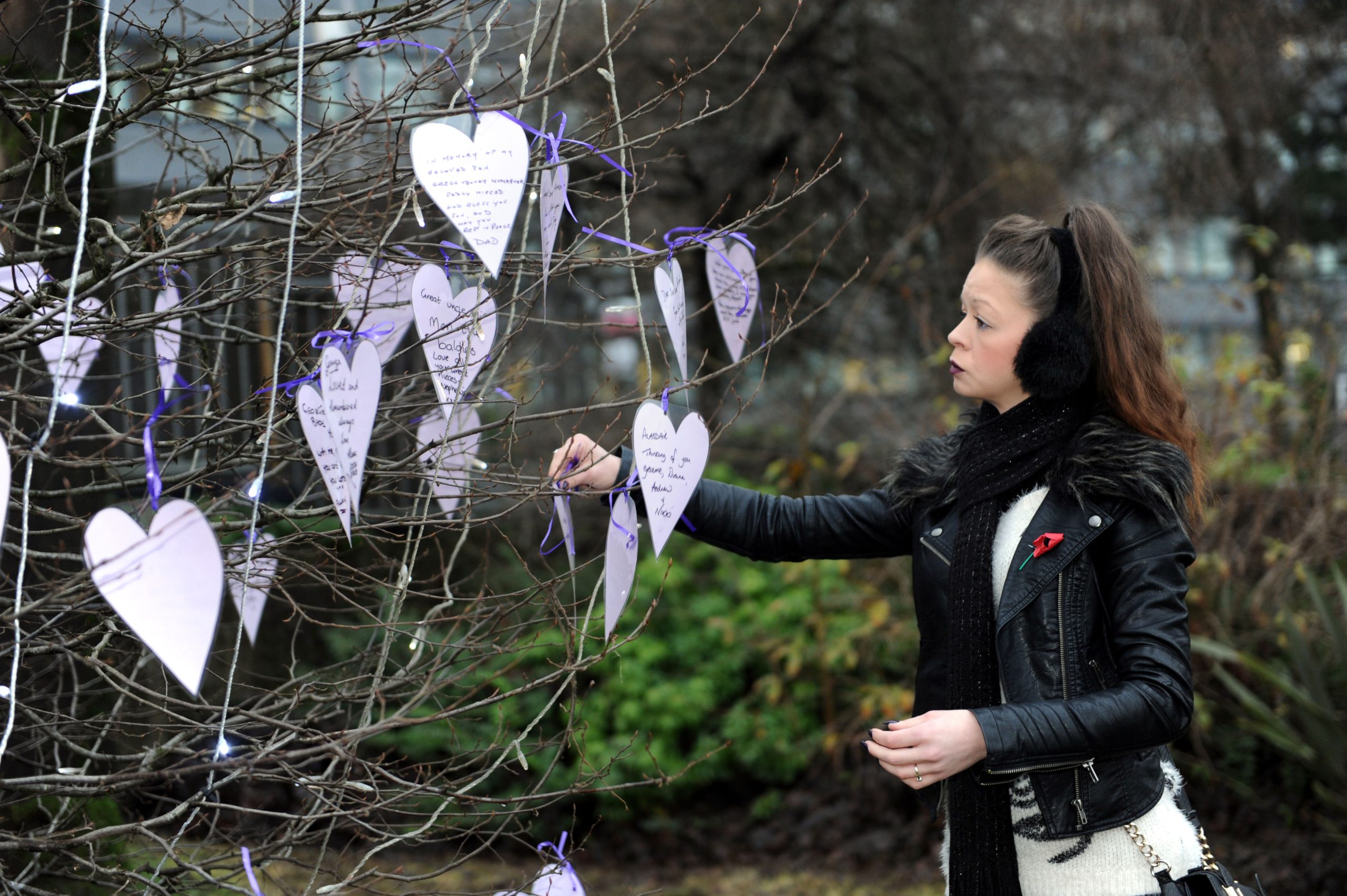 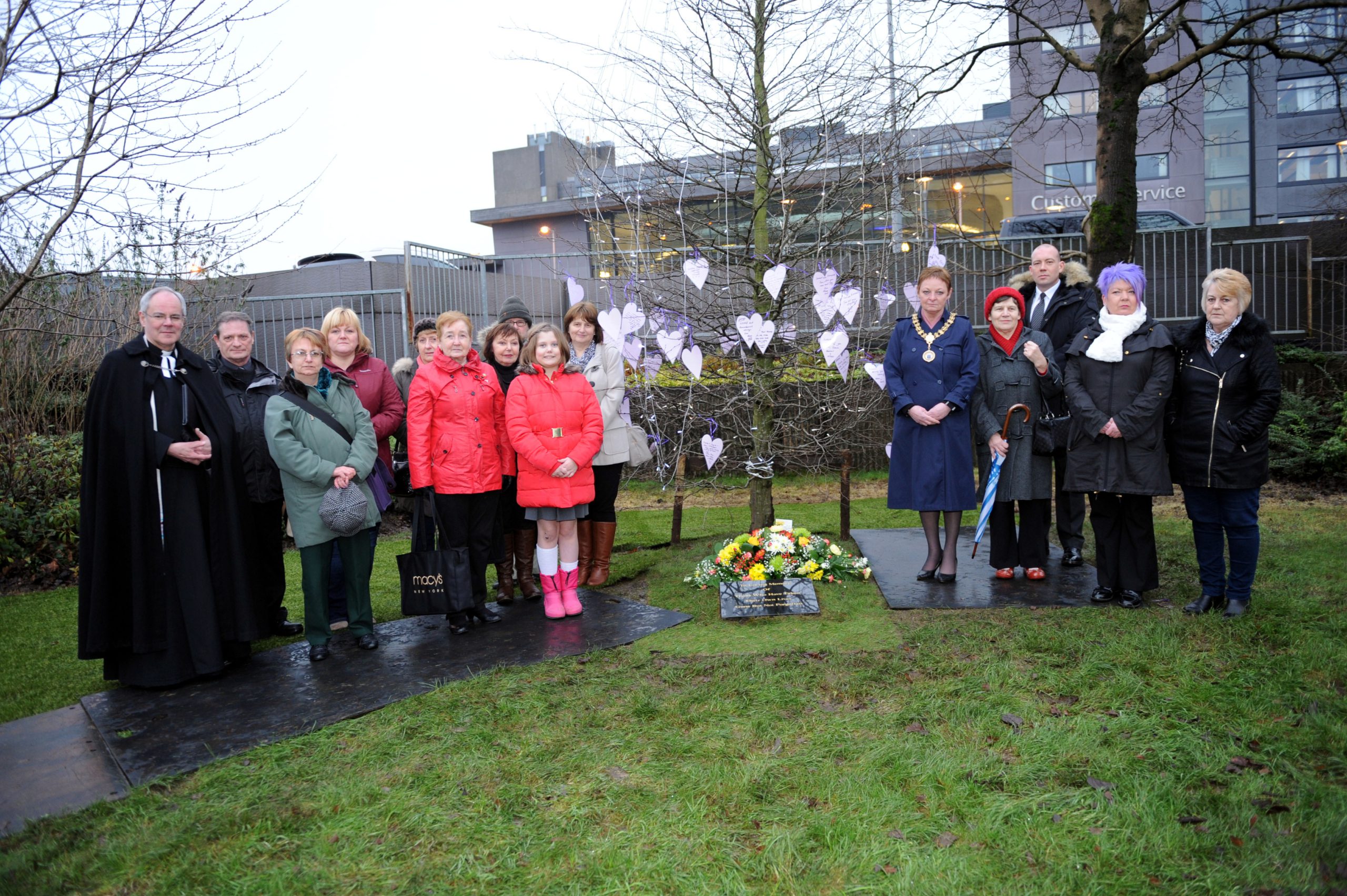 A short procession followed to the memorial tree where the Provost laid a wreath and lit the tree. Those in attendance were able to place a handwritten message, on a purple heart, onto the tree in memory of the loved one they have lost.

Provost Hall said: “This service is vital to many of those in attendance and allows a fitting tribute to be given to those who have been lost. There is also the opportunity to connect and feel the support of others who have faced similar heartbreak.

It is important we continue to encourage people to talk about suicide as this really can save lives.”

Lisa Aitken, Choose Life Young Person Resource Worker, added: “The service gives people the chance to remember those who have been lost to suicide. It is great there is an outlet for those who need it. In addition the SOBS support group which meets on the last Wednesday of the month at the Wynd Centre aims to provide a safe space for people to open up about their experiences, in the company of others who have lost a loved one to suicide. ”

Anyone who wishes to add a message to the memorial tree can collect a purple heart from the reception of Renfrewshire House.