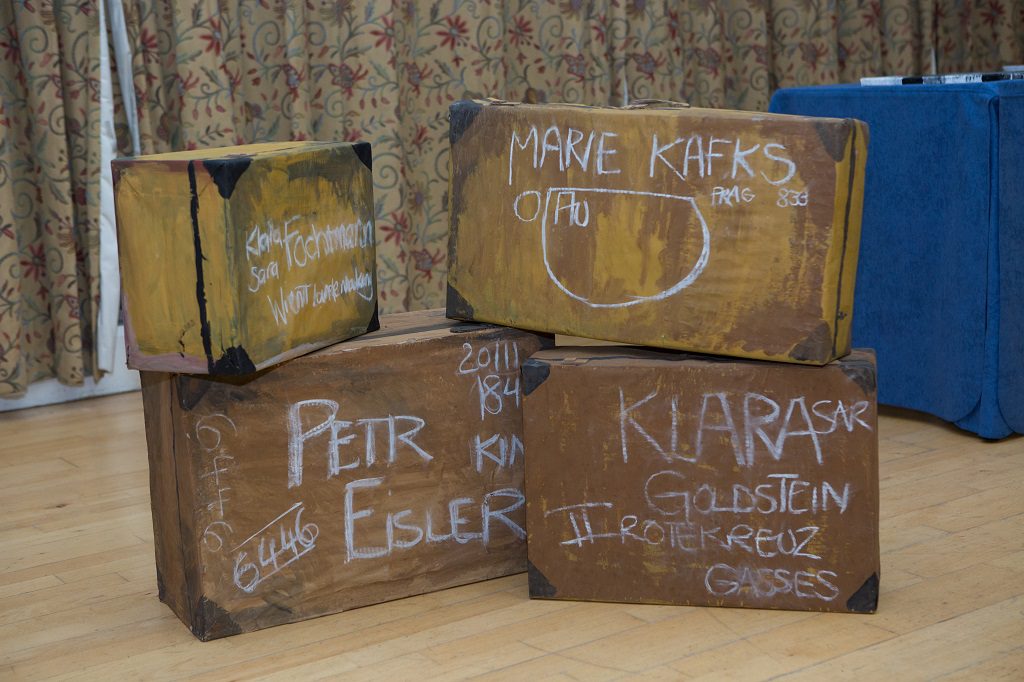 Pupils spent a night performing drama, singing and displaying their artwork at this year’s memorial event in Giffnock.

The evening event at Eastwood Park Theatre on Saturday 23 January featured a drama ‘Don’t Stand By’ developed and performed by Paisley Grammar pupils while Linwood High provided a touching art exhibition relating to the Holocaust.

There were music performances by the East Renfrewshire Schools Senior Choir and the seven Statement of Commitment’s were read out by pupils from St Luke’s, Isobel Mair, Mearns Castle High, Williamwood, St Ninian’s, Woodfarm and Eastwood High. 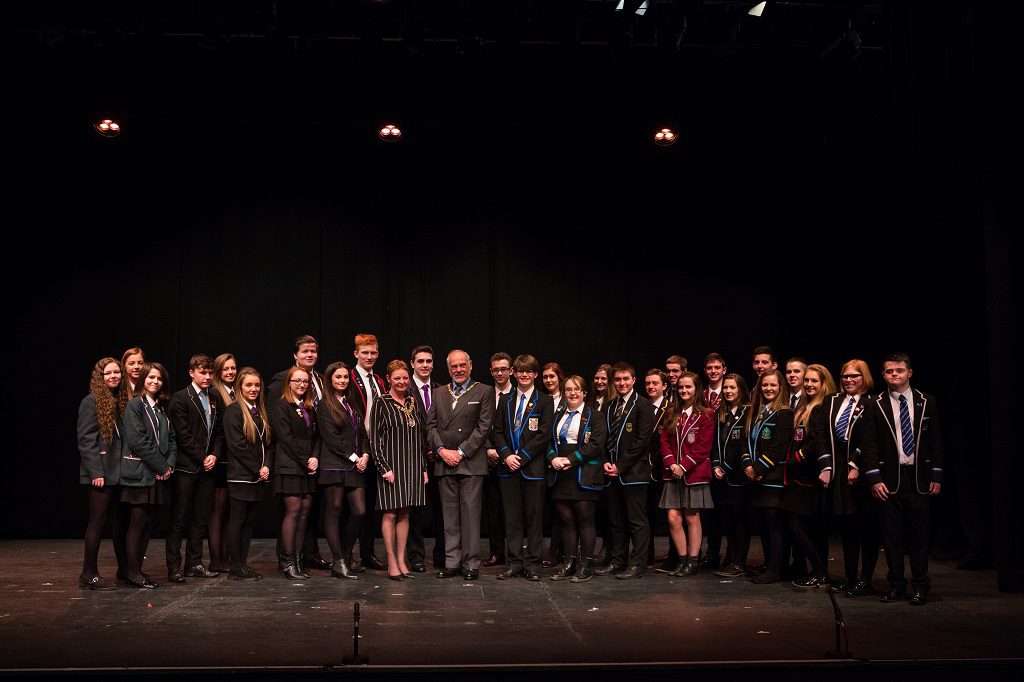 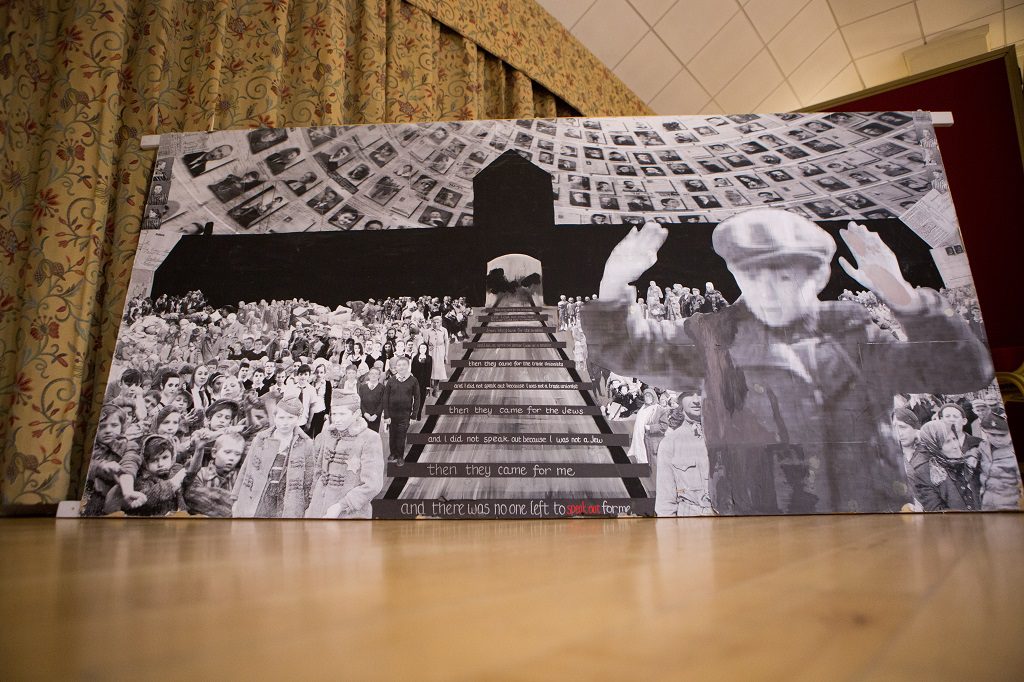 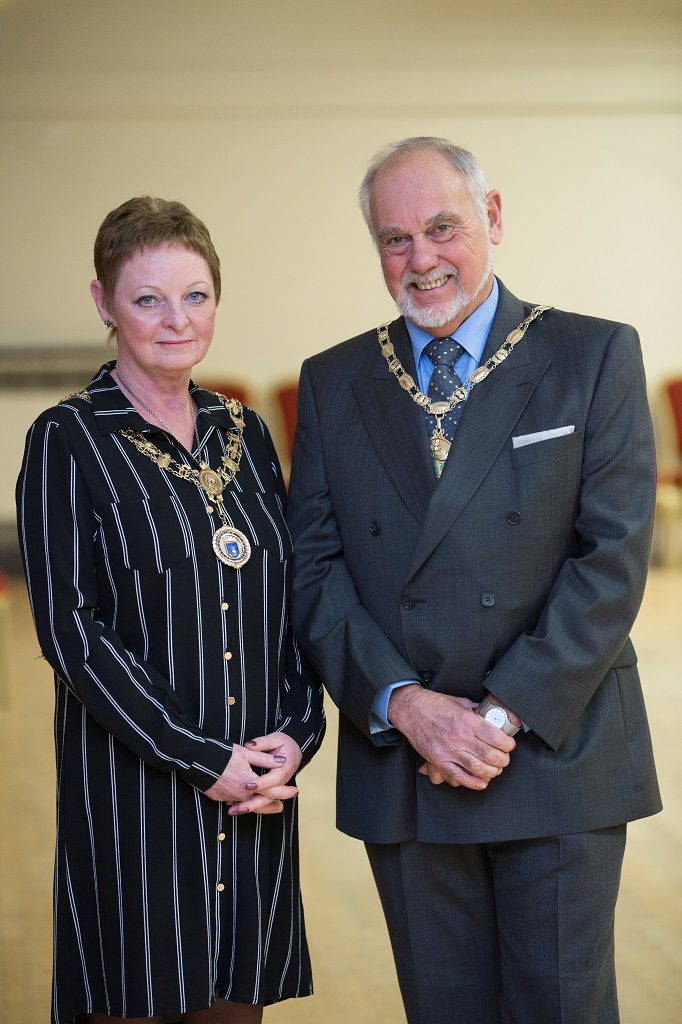 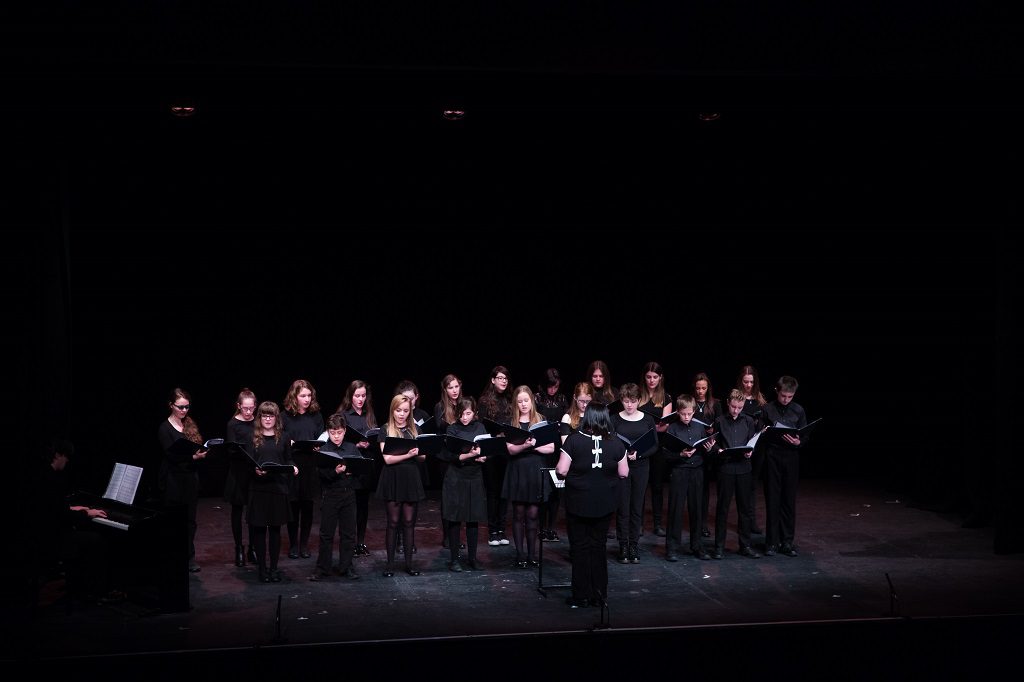 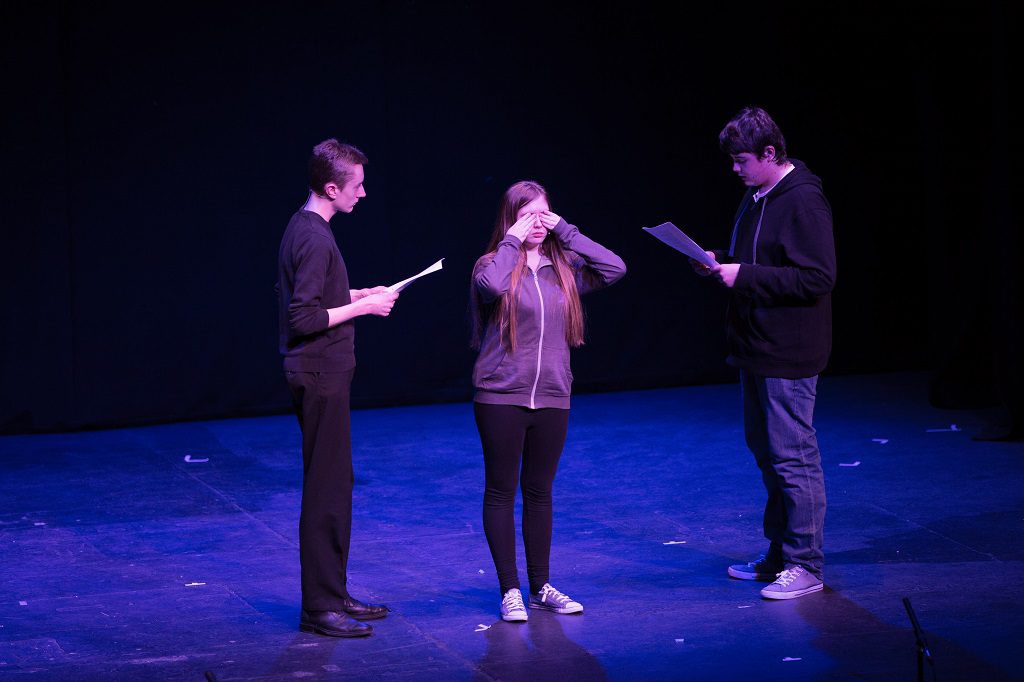 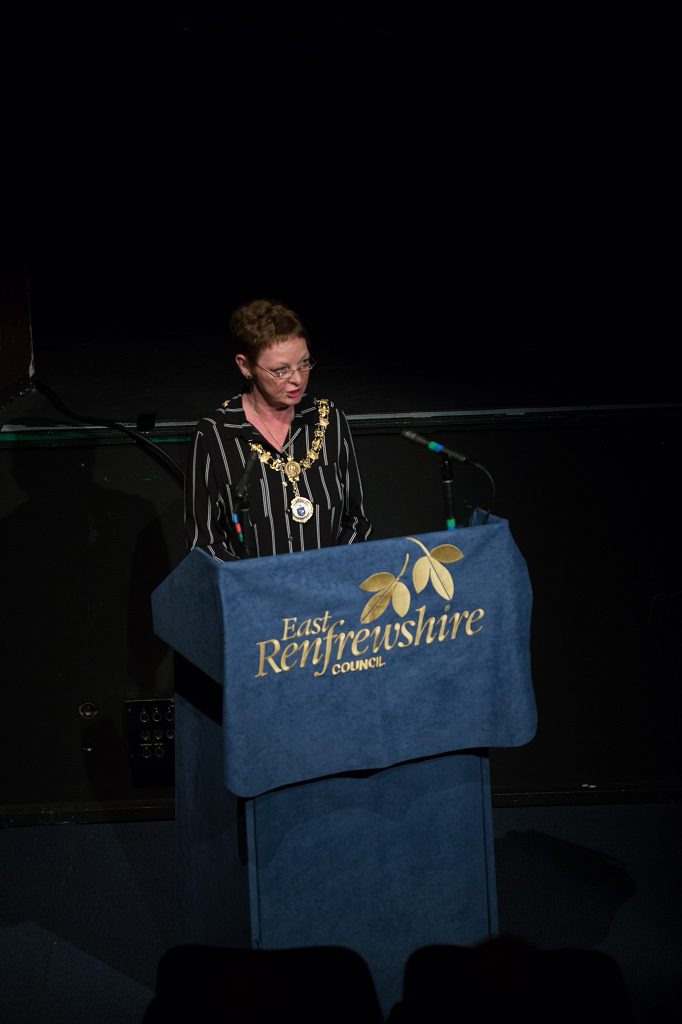 This was the first time the neighbouring councils have worked together to remember the Holocaust, and other atrocities across the world, and mark Holocaust Memorial Day; which takes place on Wednesday 27 January.

Renfrewshire’s Provost Anne Hall said: “It is important that we mark Holocaust Memorial Day to ensure that the atrocities of the past are not forgotten. The service was a fitting occasion to remember those who have lost their lives across the world.

“I was pleased to see our schoolchildren taking part in a variety of ways with Paisley Grammar performing a drama piece, Linwood High donating an art exhibition and some of our Head Boys and Head Girls representing Renfrewshire’s schools.

“Millions have lost their lives through persecution and it is imperative that our children learn the lessons of the past to ensure no one has to face these horrors again.”

East Renfrewshire’s Provost Alastair Carmichael, who welcomed guests on the night, said: “This is the first time we have worked together with our neighbours in Renfrewshire to mark Holocaust memorial day in this way.

“It is important that we don’t fall into the trap of believing that the horrors of the Holocaust started and ended with the Second World War.

“On Holocaust Memorial Day we share the memory of the millions who have been lost in the atrocities of the past, in order to challenge hatred and persecution today. We all have a responsibility to make sure that we don’t see history repeat itself.”

Where Are You Going Wrong With Your Recruitment Strategy?
Scroll to top